YouTube sensation David Dobrik has a history of gambling huge amounts of his friends’ money in Las Vegas – and he put his streak on the line with $20,000 on the roulette table in his January 7 vlog.

In his first video of the year, David proved that he was only going bigger and better in 2020. He buried friend Jason Nash underground to “serve his head” to friends in a picnic. He once again tracked the ongoing struggles of friend Ilya Fedorovich to earn the love of his assistant Natalie Mariduena.

However, it was a journey he made with Natalie, Jason, Todd Smith and Jeff Wittek (all members of his revered Vlog Squad YouTube group) to Vegas that has taken the cake this time around, where he gambled $20k of Jeff’s money to keep up his insane win streak. 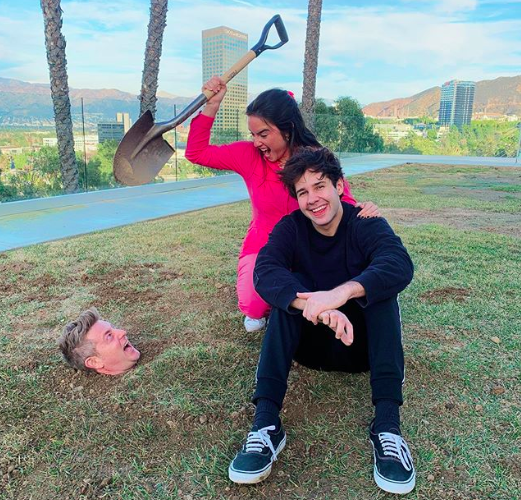 Jeff had apparently made a comment the night before that he wanted to do it, but seemed a little more reluctant the next day. As the journey started, he said “I didn’t want to do this anymore when I woke up.”

He then asked David how many times he’s won these big bets in a row, to which David simply said: “I haven’t lost.” And, at least how it appears in his vlogs, this appears to be true, as he has the most ridiculous luck you’ll ever see.

After saying he “doesn’t want to f**k up” David’s winning streak, they head out to Vegas to put $20k on black and, hopefully, double his money. And, of course, after a few tense moments watching the ball circle around the roulette wheel, it hits black and the group cheer and celebrate together.

Dobrik continues winning big money for his friends at the roulette table, which must help ease the pain when he isn’t randomly gifting them expensive items such as cars or vacation trips.

It’s things like this that have helped build David such a rabid fanbase, and also keeps his content fresh and exciting every time you watch.

Even though we all know, deep down, that he’s going to win again, there will always be curiosity over his gambling wins and how long he can keep it up.

With an extra $20k to add to his tally, David Dobrik might have found a new career in Vegas when he moves on from YouTube.