On November 23 Fortnite streamer ‘Zimojo’ was unexpectedly raided by Tfue, causing him to quite simply lose his mind, in one of the most heartwarming Twitch highlights you’ll see.

Fortnite pro and streamer Turner ‘Tfue’ Tenney is one of the platform’s biggest names, with upwards of 7 million followers on the streaming platform. He brings a humility and some incredibly high-level gameplay, qualifying for the World Cup multiple times.

Despite sometimes being embroiled in controversies – such as the ongoing legal dispute with ex-organization FaZe Clan – he is considered one of the nice guys on Twitch. He proved this once again on November 23, when he used his online influence to benefit a smaller streamer. 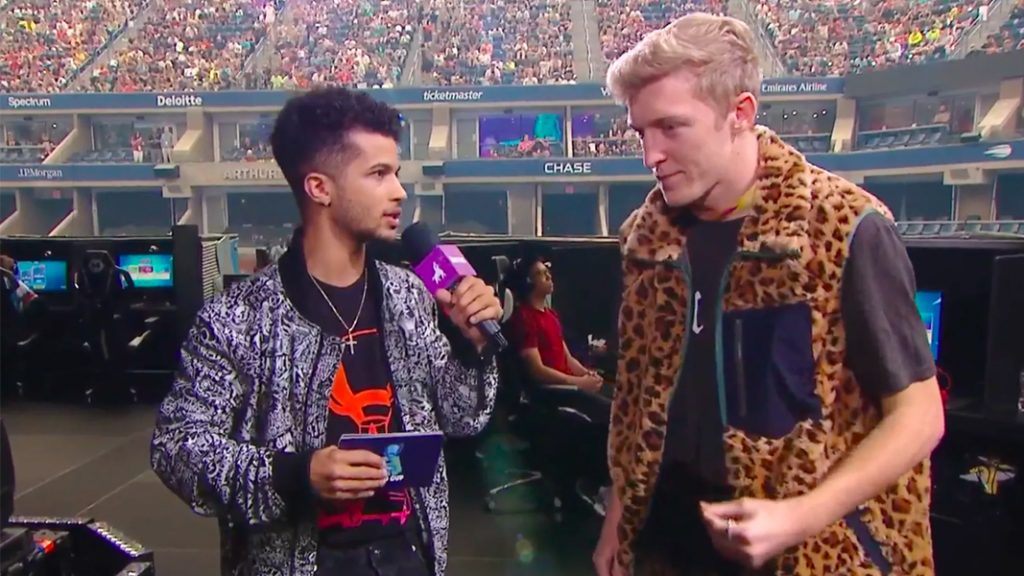 Tfue is known as one of Fortnite’s biggest personalities.

Zimojo is a small Twitch streamer, primarily known for playing Fortnite Battle Royale. He currently sits at nearly 2,500 subscribers on YouTube, uploading weekly around school, as he is only 14 years old.

While streaming on November 23, Zimojo was left stunned after getting a raid from one of Twitch’s biggest personalities.

In response to a tweet showcasing the clip, Tfue merely replied “LOL”, knowing the impact he will have when hosting small streamers with tens of thousands of viewers.

Another clip has become popular, this time of Zimojo doing a tribute Tfue dance in front of 14,000 viewers – an insane number for such a small streamer.

The increase in followers of nearly 50% is testament to the influence people like Tfue have, and how much they can help smaller streamer’s journeys if they choose to.

FaZe EwoK, who now streams on Mixer, gained a big boost back in March after being hosted by Timothy ‘TimTheTatman’ Betar. She has since gone on to be the first female member of FaZe Clan and incredibly popular on Mixer.

Zimojo was clearly very grateful of the host from Tfue, and can be found streaming regularly on his Twitch channel.