Pokimane shocked by streaming couple who “summoned” her with a seance

Streaming star Imane “Pokimane” Anys got more than she bargained for after challenging fellow broadcasters to a timed Postmates eating challenge in exchange for gifted subscriptions.

While Pokimane is known for her hilarious interactions with fans and fellow streamers, she took these moments to the next level with a Mr Beast-esque challenge that involved not oodles of money, but food.

In the style of YouTube’s biggest philanthropist, Pokimane ordered food to both friends and random streamers, giving them a time limit in which to consume the grub exchange for 100 gifted subs. 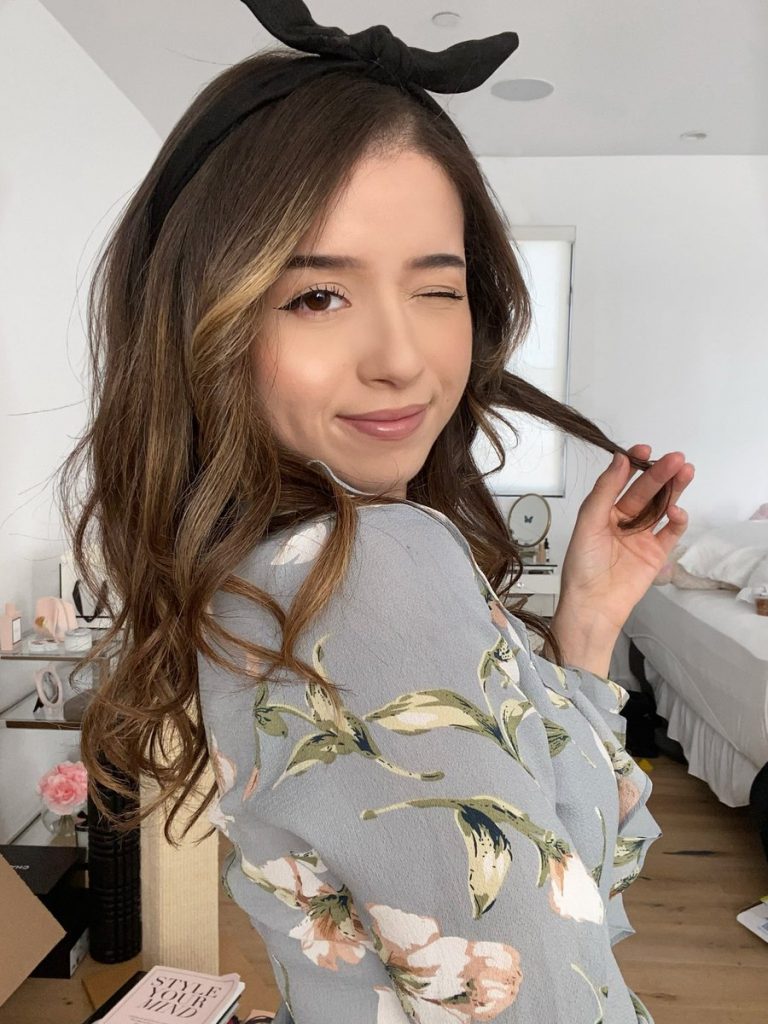 Pokimane is a massive name in the streaming industry, boasting over 3.7 million followers on the platform.

However, in the midst of her challenge, she ran into a couple who were streaming together, and offered to buy them a “romantic dinner for two” as part of the challenge.

She then hopped around to other broadcasts, such as those of Mizkif and Fuslie, to check in on their challenges before going back to the couple — who had written Pokimane’s name on their foreheads as a means to “summon” her back to their channel. 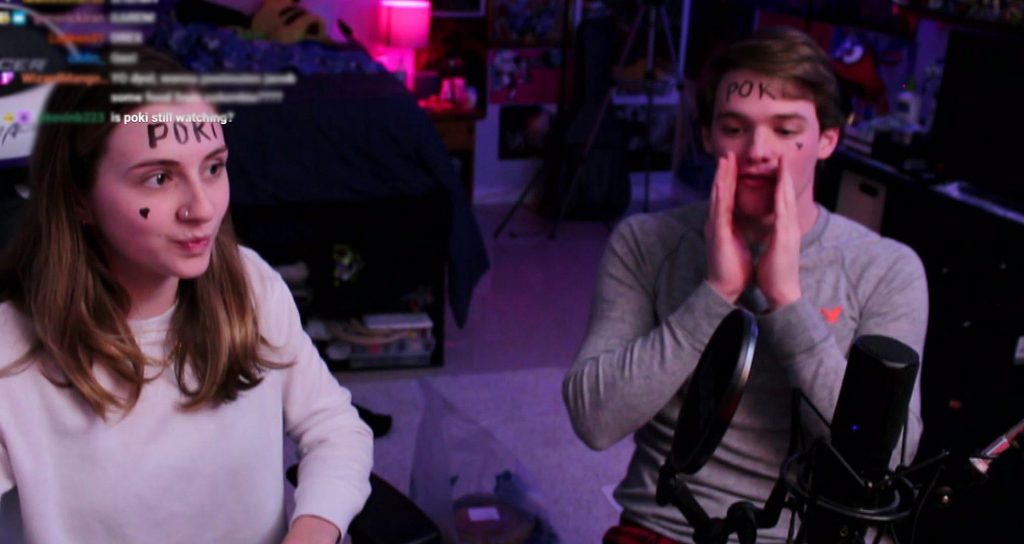 Twitch streamer “jacobsofficialocarina” and his girlfriend got an unexpected surprise from Pokimane.

Needless to say, Pokimane was fairly flummoxed by this turn of events, asking, “Why do you guys have my name on your 4head?”

“We’re just vibing,” they replied — but that wasn’t the end of their antics, by far.

Pokimane quickly found out that they had even tried to summon her with a fake “seance” before her return, where the chanted over a candle with the lights off in a humorous interpretation of an occult ceremony.

To further add to the comedy, Pokimane gave them a follow during the “ritual,” prompting an excited “It worked!” from the couple.

Rather than challenging the duo to her Postmates challenge, she merely stuck around until their food was successfully delivered, going on to speak with another small streamer who literally cried tears of joy thanks to Pokimane’s generous donation of grub.

Mizkif and Fuslie, however, struggled through their individual challenges, with the male streamer successfully eating an entire order of spicy wings while Fuslie couldn’t get through her medium-sized pizza in time.

Thanks to Pokimane, two small streamers got a big shout out — and a ton of free food.

Twitch streamer AverageHarry has been permanently banned after his partnership application was denied, and they discovered he allegedly signed up while under the age of 13.

AverageHarry has been through a bit of a roller-coaster ride lately. It started back in October 2020 when a video of him getting mocked by strangers and crying on stream went viral.

Since then, his popularity skyrocketed, and he applied to become a Twitch partnered streamer. However, the application was denied in January 2021 after discovering he made the account when he was less than 13 years old, which didn’t align with his account details.

But the drama doesn’t end there. Twitch also said he could lose access to his account because of the restriction. Now, it appears they have doubled down on that claim and made it happen.

AverageHarry went viral after some strangers laughed at him in public while he was streaming.

“I have just been permabanned on Twitch,” said AverageHarry. “For anyone wondering, this is why. He shared a previous tweet, which included a screenshot of the email he received when they denied his application.

“You’ve listed your age as 15, although this doesn’t appear to align with your account details,” said Twitch. “Please get in touch with Twitch support in order to see whether you can update your birthday to be accurate. Otherwise, you may need to make a new account with correct details.”

However, AverageHarry hasn’t given up yet. “I’ll have a video out tomorrow talking about it all,” he said. “I am allowed to make another account, but I have just lost nearly 90k followers.”

for anyone wondering this is why, ill have a video out tomorrow talking about it all. I am allowed to make another account but I have just lost nearly 90k followers https://t.co/B68SpBjZGF

He might try and have the ban overturned, which could happen if enough people rally behind him. And it seems like they are, with many people sharing their support on social media. “He genuinely seemed like a good kid,” wrote one user. “Hope he makes a new account and stuff.”

“That Twitch account was made by his parents and given to him by his parents after he was 13 and provided proof for that,” wrote another. “But [he] still got his account removed. [I] hope the best for him.”

In the end, though, Twitch is treating it as a serious matter and won’t want to set a precedent. So, it will be interesting to see what happens and whether their decision is final.

How to get Plusle and Minun in Pokemon Go