Popular Twitch streamer Imane “Pokimane” Anys is known for her humorous interactions with fans and the hilarious moments that crop up during her broadcasts – one of which took place during a fear-inducing horror game.

Anys went live on August 12 with a unique set up: rather than simply playing a horror game, she attached a heart monitor to herself to further amp up the action, allowing fans to get a glimpse of just how scared she really was.

However, the scariest part of her stream didn’t come about because of an in-game event: rather, an outside distraction ended up frightening the streamer out of her wits. 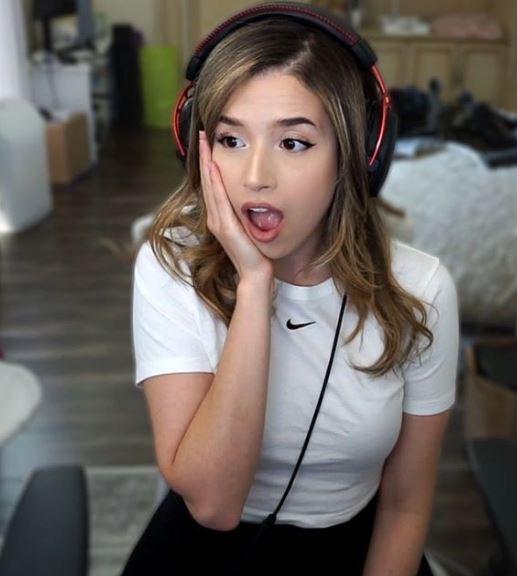 Pokimane is one of Twitch’s top female streamers, boasting over three million followers on the platform.
600

Anys was in the middle of a stressful part in her game when fellow Twitch streamer Albert “sleightlymusical” Chang entered her room, moving behind her chair to sit down on her bed in view of the camera.

Chang’s sudden appearance thoroughly terrified Anys, who screamed in shock after noticing that he’d sat down beside her.

“What the fuck?” Anys screamed. “Why would you do – what the hell, man? I don’t even think you meant to do that!”

“No, I was just going to say hi!” he confirmed, to which Anys responded with a sarcastic, “Hello!”

This wouldn’t be the first time Anys has been scared out of her mind during past broadcasts, by far: the streamer likewise fell victim to an unexpected jumpscare during a playthrough of classic horror title “Outlast” on July 28.

After turning on a backup generator, Anys turned around when an enemy popped up behind her, resulting in a hilarious moment that saw the streamer nearly jump out of her chair.

However, it’s not always horror games that make Anys jumpy: the streamer got spooked by one of Twitch’s classic “knocking” pranks in late March, which plays a realistic series of knocks in both headphones after being triggered by a donation.

“Stop!” Pokimane shouted, likely thinking that someone was actually waiting at her bedroom door. “I hate that! I’m sensitive right now! I hate you!”

Thanks to Pokimane adding the horror genre to her usual repertoire of games, her three million followers can likely expect even more hilarity from her streams in the future.

What is the “abcdefu” song on TikTok? Viral lyrics used in new trend