A woman is being heavily criticized after she appeared to put her dog in a tumble dryer and switch it on during an Instagram Live stream on August 10.

Animal abuse is no laughing matter, and people are outraged after the latest cruelty case showed a women appear to put a terrified dog in a tumble dryer.

The young female broadcasted an Instagram Live stream on August 10, where it appeared she picked up her dog, put it in a tumble dryer, shut the door, and turned it on with the animal still inside. She allegedly did this multiple times. 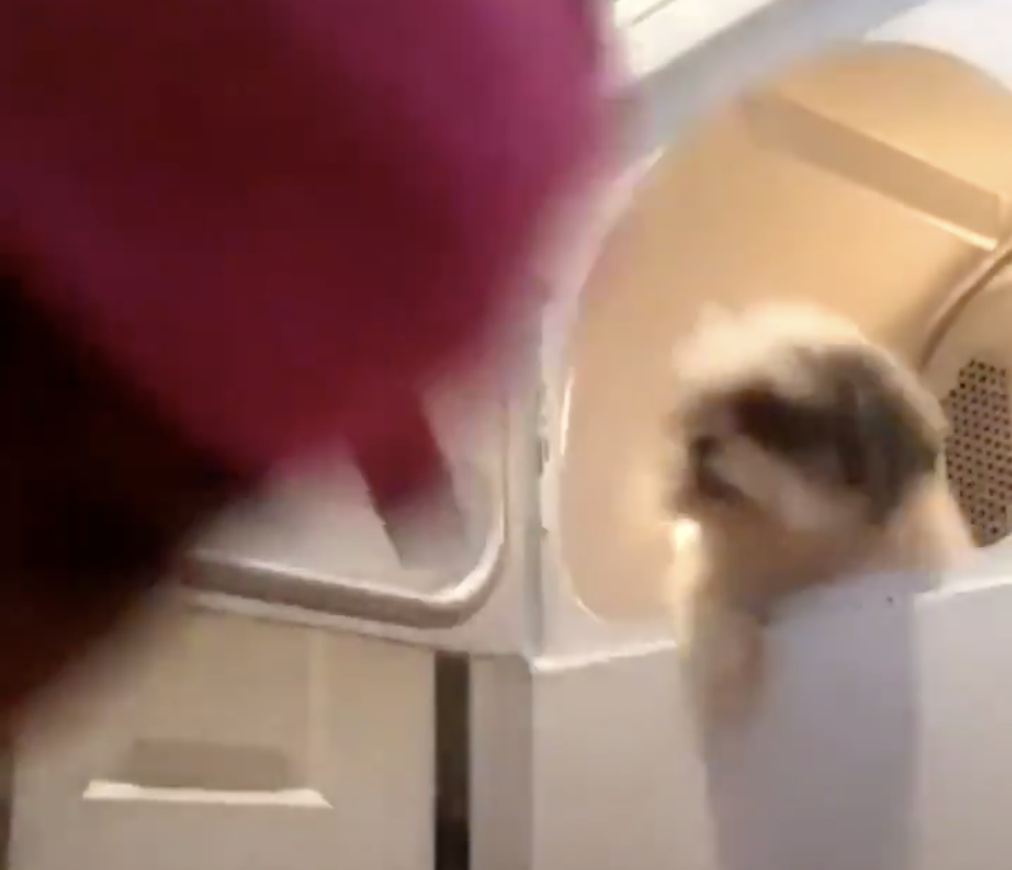 A female Instagram user appeared to put her dog in the tumble dryer during a Live broadcast.
600

The stream was largely noticed after a post from Twitter user ‘sasaaok’ containing a video clip from the stream went viral a few hours after the alleged incident. “Someone please call the police on this girl, Some people don’t deserve dogs or pets at all. It’s complete abuse how they treat them” the tweet said.

In the video, the woman can be heard saying “Alright, I’m gonna do it. I’m gonna put his ass back in the dryer” while laughing. She then says “He likes that shit! Look! He likes that shit!” before coaxing the dog over, opening the appliance door, and picking it up and placing it inside.

She then turns the tumble dryer on for approximately eight seconds, in which time the dog can be heard banging against the sides of the machine while the inside spins. The girl then opens the door, while absolutely screaming with laughter while the terrified animal climbs out and cowers under a table.

(WARNING: The following video clip may be distressing for some. Viewer discretion is advised.)

Someone please call the police on this girl, Some people don’t deserve dogs or pets at all. It’s complete abuse how they treat them pic.twitter.com/GSFD080ErY

A report suggests that the Dallas Police Department have identified the girl to be from Lewisville, Texas, and Lewisville police are now investigating the incident as cruelty to non-livestock animals.

Police are refusing to reveal the identity of the girl in question, due to her age. The dog has since been evaluated by a veterinarian, and the investigation is pending on results from the evaluation.

As sasaaok’s tweet went viral, people called for action to be taken against the Instagram user for her actions.

“I’m hoping we find this terrible person and she does time… I don’t care if she’s a minor or not jail time is needed,” user ‘TheReal_JonBoy’ tweeted.

“Brooooo. Not only did that dog suffer, And the girl who did that got a kick out of animal abuse, But the fucking chat is laughing too. This world is messed up. I swear.” another user ‘LonerLittle’ replied.

Brooooo
Not only did that dog suffer,
And the girl who did that got a kick out of animal abuse,
But the fucking chat is laughing too. This world is messed up. I swear.

The woman is still posting on her Instagram stories at the time of publication, so it is currently unclear as to whether she will be facing repercussions for the contents of her Live stream.