YouTube king Felix ‘PewDiePie’ Kjellberg’s latest collaboration with G FUEL has been announced, revealing the Swede finally has his own energy formula flavor.

PewDiePie first partnered up with G FUEL at the beginning of 2019 as the Swede got his own shaker cup for the energy formula which proved extremely popular, leaving many to wonder when he would get his own actual drink.

But after much anticipation, the YouTube star finally revealed his own flavor, and it’s a clever tribute to his home continent Europe. The collaboration also had some extra goodies such as a collector’s edition, which will no doubt excite fans.

The Swede’s brand of humor has been the perfect match for G FUEL.600[ad name=”article2″]

On October 16, it was revealed that the YouTuber’s newest GFUEL flavor is a “wild lingonberry-infused tonic” that originates from Scandinavia.

“We present to you, a taste-bud tingling, WILD LINGONBERRY-infused tonic of Scandinavian origin! A delicious tribute to our most treasured friend!! PEWDIEPIE!” the official G FUEL Twitter account posted.

We present to you, a taste-bud tingling, WILD LINGONBERRY-infused tonic of Scandinavian origin! A delicious tribute to our most treasured friend!! PEWDIEPIE #GFUEL!!! INPSIRED BY…@pewdiepie!!!! TIME FOR FLAVOR!!!!!

The announcement on Twitter also included a video, which revealed a collector’s box which, according to the official G FUEL site, includes a ‘Pewdiepie’ flavor G FUEL Tub, the ‘RÅRÖDA LINGON’ shaker cup, and a special edition GFUEL2GO scooper.

The shaker and box both sport the Swede’s signature logo and pattern, and the back even has a stylized picture of the YouTube star. The limited edition item is being sold for $39.99. 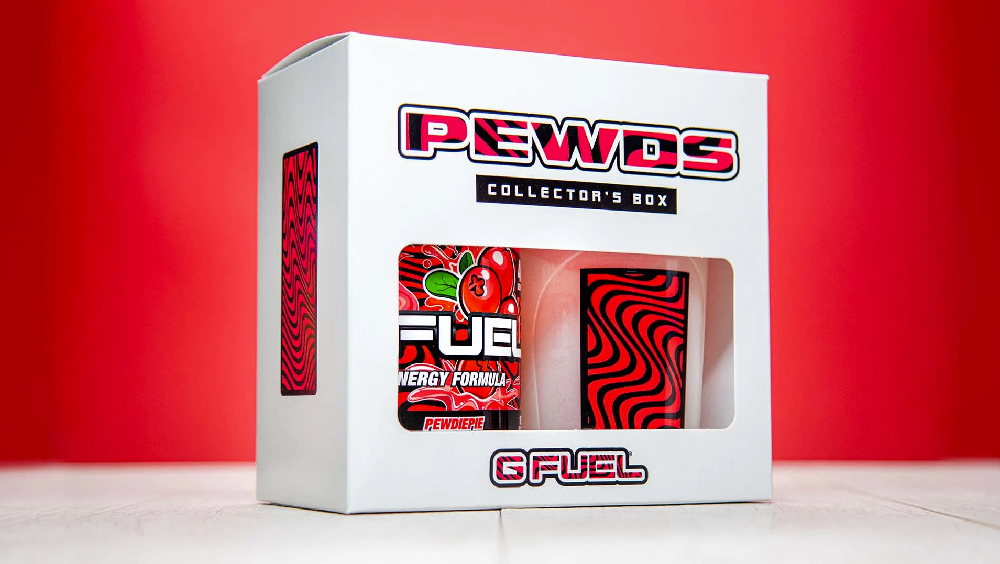 The collaboration between PewDiePie and G FUEL has been a natural one, as the YouTube king has used his edgy comedy and focus on memes to advertise the product and make it a part of his brand.

A great of example of this is when Pewds trolled his entire audience on October 9 by announcing that his new G FUEL flavor was “swedish meatballs” on Twitter, including a video of him gagging on it. The energy formula got in on the fun, stating IKEA was going to be angry.

With over 101 million subscribers strong, PewDiePie has one of the largest audiences in the world.

Despite that, the Swede is pretty selective with advertising – a great match made as the energy formula embraces his comedic style.