YouTube superstar Felix ‘PewDiePie’ Kjellberg is another step closer to his showdown with the Wither in Minecraft, after finding a key piece needed to unleash his diabolical plans for the infamous mob boss.

On August 3, PewDiePie got insanely lucky when he was able to get all the item drops he needed to summon a Wither monster in Minecraft.

In a video he posted to YouTube on August 5, the Swede revealed his plans for his army of 96 million pigs, as he obtained another key item important to his battle strategy for his upcoming showdown with the mob boss.

The YouTube superstar’s lucky streak continued as he managed to obtain the item he needed for his quest rather quickly.

While travelling by boat with his trusty dog sidekick ‘Sven’, the duo were attacked by a ‘Drowned’ – the enemy he needed to drop the ‘Trident’ item he was looking for. “He’s shooting us Sven!” the star said before lunging off the boat to attack the creature.

Pewds then gave the Drowned an ultimatum before swinging at the enemy with his sword: “Drop your trident now, or there will be consequences. Drop it now or consequences!”

Much to his surprise, the monster actually dropped the Trident almost immediately. “He dropped it right away! Yes. Yes! We rule Sven!” he laughed with glee. 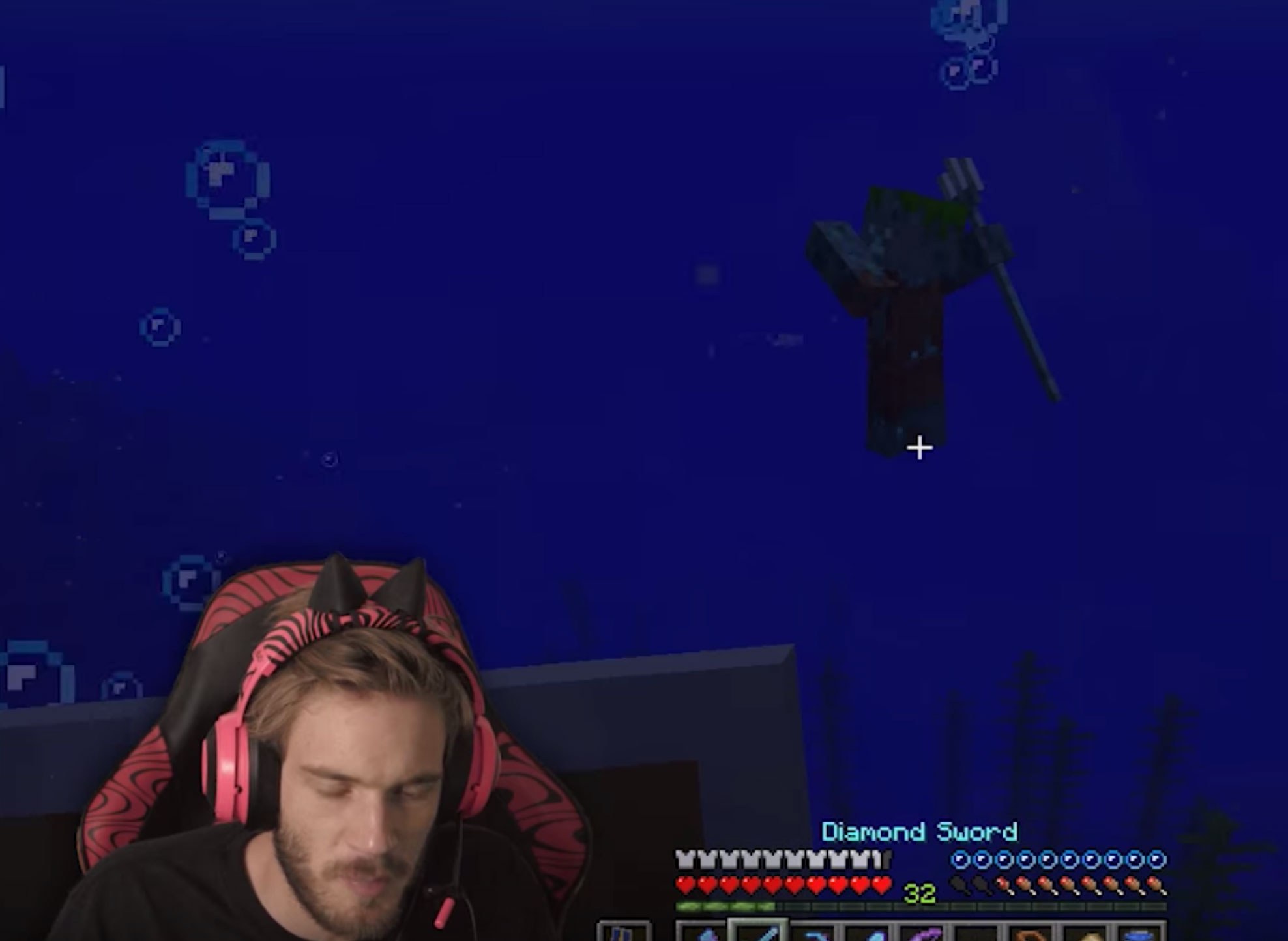 While the Trident isn’t a rare drop item by any means, the YouTuber had actually lost his old one a while back during a previous play session so he was happy to have it back.

The Trident on its own is a decent enough weapon, but where it really shines is through ‘enchantments’ which allow you to change the property of how it is used.

PewDiePie used the ‘channeling’ enchantment on the weapon, which allows you to summon a bolt of lightning during a thunderstorm and strike the object you throw it at. 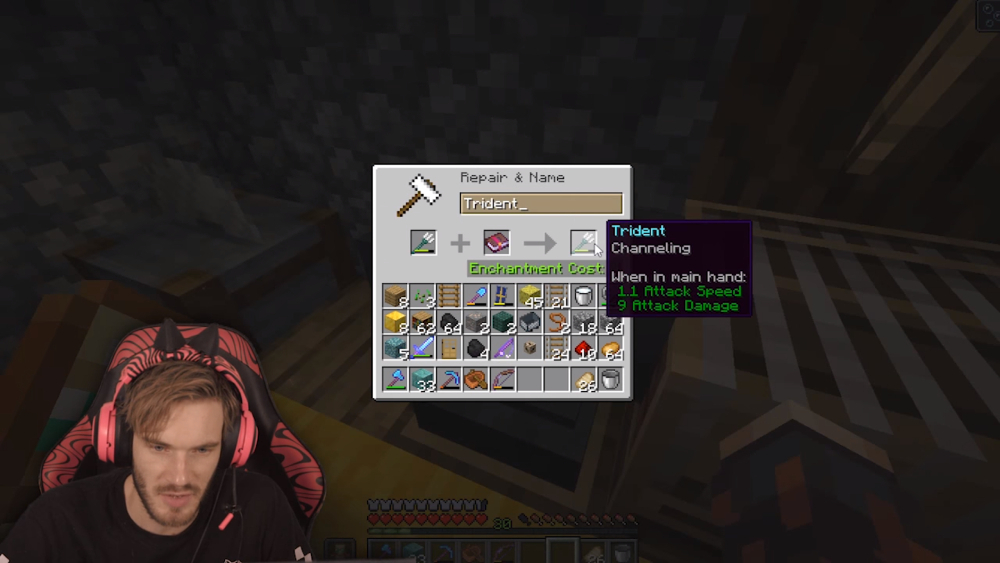 The Swedish YouTuber enchanted the Trident with ‘channeling’.
[ad name=”article4″]

The YouTube star then talked about his plans for his 96 million pig army – and it’s downright diabolical. Using the Trident to summon a bolt of lighting, he plans on hitting his pig army with it, so that they become charged and turned into ‘Zombie Pigmen’.

“Once there is a thunderstorm, if I hit the pigs, they will be turned into pig soldiers. Which we are going to use to fight the Wither,” he explained with a huge smile on his face.

Who knows when PewDiePie will finally get the thunderstorm he needs, but watching the electrifying moment his pigs are turned into an actual army is sure to be quite the spectacle.