YouTube king Felix ‘PewDiePie’ Kjellberg gave his fans the old bait and switch in his September 29 episode when instead of playing Minecraft in 4K ray tracing, he went on a rampage in Blade & Sorcery VR using weapons from the popular sandbox title.

Mojang announced in August that they would be releasing an update for Minecraft on PC to allow users with Nvidia RTX series GPUs to enable ray tracing – which turns the sandbox title into a visually jaw-dropping experience.

However, despite teasing his audience with a demonstration of the next-gen tech, PewDiePie trolled fans in his latest video by playing Blade & Sorcery in VR instead and going on an insane rampage using Minecraft mods. 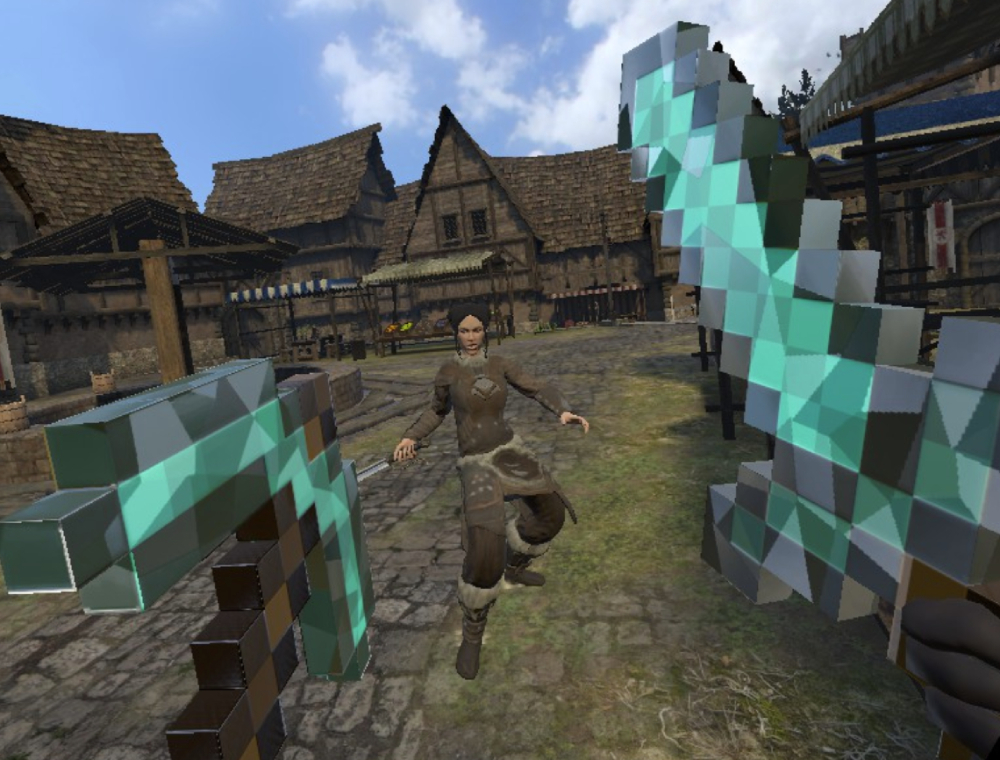 Blade & Sorcery is often modded to bring in weapons from other games.
[ad name=”article2″]

After tricking his audience, the Swede began using his Minecraft pickaxe in the fantasy VR game, smacking it against rocks. “Wow it’s almost like the real thing!” he laughed.

He then spawned a diamond sword, and continued to poke fun of the hype for RTX graphics in the game. “Damn these graphics are so good! This is gonna change Minecraft!” The YouTuber stuck his sword into an NPC violently, killing him, and said “I’ve always wanted to do that!”

Things started to heat up when PewDiePie summoned one of his favorite weapons from his Minecraft series – the Trident. He began to wreak havoc by jabbing an NPC into the face with it. “Sit the freak down girl! I got the freakin Trident!”

The YouTube star held the weapon in the air before jabbing an enemy in the knee with it. Things took a dark turn when the Swede spawned a diamond axe from the sandbox game, and began to hack the legs off a dead foe. “Chop!” he yelled as he took off the limbs and then re-arranged them as his arms.

PewDiePie recently passed 100 million subs on his YouTube channel on August 25, making him the biggest content creator on the video hosting platform. His daily Minecraft videos have played a central role in his channel’s insane growth since June.

On September 7, the Swede revealed the 100 million subscriber Red Diamond Creator Award that YouTube had made for him after hitting the milestone. It included a letter from the CEO Susan Wojcicki who personally congratulated him.

As of the time of this article, PewDiePie has amassed 101 million subscribers, and is quickly on his way to break 102 million by October 2019.