Matthew ‘Mizkif’ Rinaudo took a cheeky dig at fellow streamer Tyler ‘Trainwreckstv’ Niknam, calling out his “triple standards” after spotting that he uses images of women in his YouTube thumbnails to entice clicks.

Trainwrecks has previously labeled streamers like Kaitlyn ‘Amouranth’ Siragusa and Lisa ‘STPeah’ Vannatta as “shameless,” due to their attires and behavior during their broadcasts.

While Trainwrecks takes issue with these actions, the streamer regularly uses pictures of girls in his thumbnails on YouTube, something which Mizkif discussed during his December 8 stream. 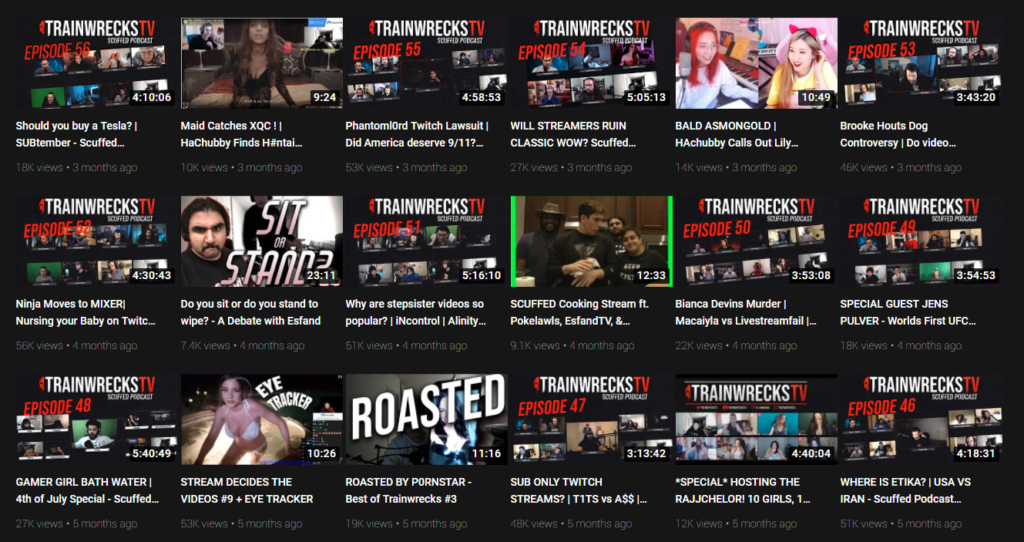 While his sister Emily painted his bedroom wall in the background, Mizkif browsed YouTube, quickly spotting a Trainwrecks thumbnail which caused him to laugh, before calling the streamer out.

“Train, I’m about to call you out,” he said, looking down his camera. “Train, you say that women are shameless for wearing these clothings and doing things, look at your thumbnail dude! You’re telling me that’s not shameless? Are you kidding me with that thumbnail?”

“You call these women out and then you use them for a thumbnail. Are you serious dude, what is that thumbnail man. It’s triple standards now, come on. It’s all women! What the f**k.”

After scrolling down his uploads, Mizkif spotted a number of videos with similar thumbnails, all featuring women, something which the 24-year-old appears to find a little hypocritical.

Of course, it’s always hard to tell if Mizkif is being serious or not, with the Twitch streamer renowned for trolling fellow broadcasters, his viewers, and even his girlfriend Maya Higa on an extremely regular basis.

The streamer does have his serious moments though and showed off a more emotional side on November 25, when he thanked his Twitch audience for making his “dreams come true” after announcing that he was moving to a new house.