Marzia updates fans after gruesome injury on trip with PewDiePie

YouTuber Marzia has suffered a gruesome injury while on her second honeymoon with husband and YouTube king Felix ‘PewDiePie‘ Kjellberg, after a knife accident.

The newly-weds are enjoying a trip to Japan, the country where they initially got engaged, but things got off to a poor start after an accident left Marzia with a nasty injury.

Having purchased a knife, the Italian was attempting to remove it from it’s packaging when it fell and landed with the pointed edge in her toe. 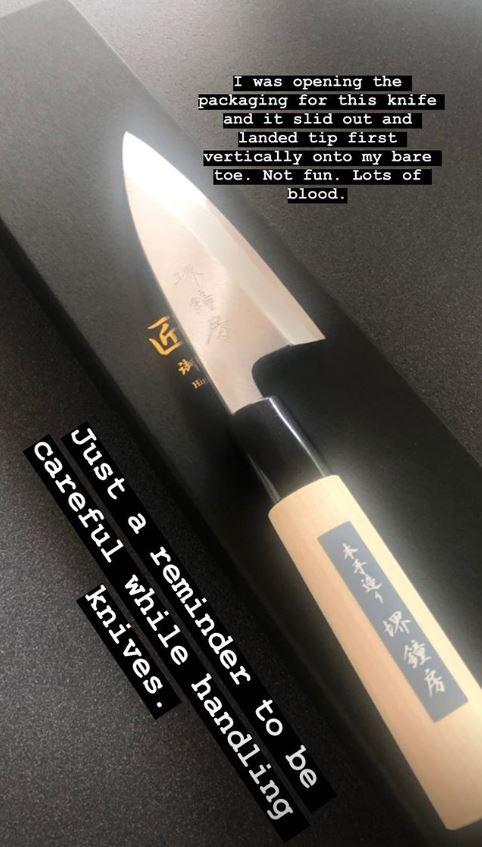 The knife landed ‘tip first’ in her toe.
[ad name=”article2″]

Posting the image on her Instagram story (though she spared fans any gruesome pictures of the injury itself), her followers were immediately concerned, worried the damage to her foot could impact the ability to travel during their trip.

Marzia responded to fans’ concerns, explaining: “Thank you all for worrying about the toe. It is a very dark purple color near the cut, so it’s not looking pretty BUT I’ve been able to walk all day so I assume it’s not that serious. I’m hoping it will heal on its own.” 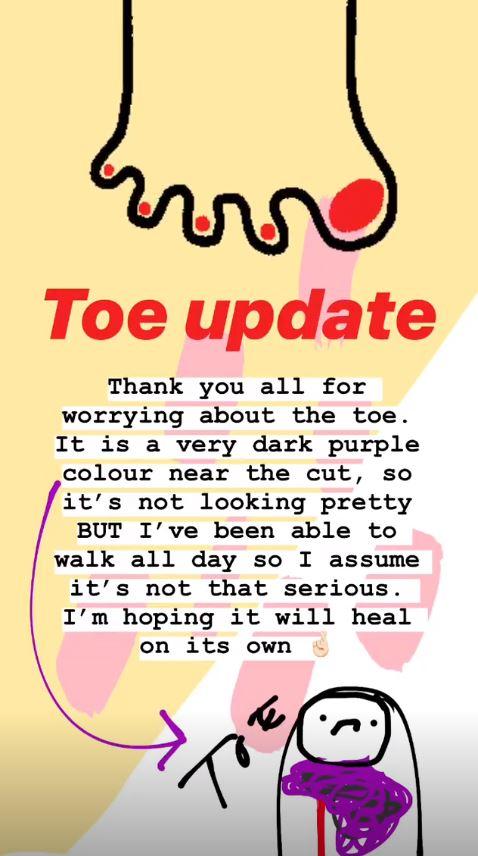 As questions continued to pour in about the state of her injury, Marzia gave a further update on October 5, drawing another image and saying that “it’s definitely getting better and I’m totally fine, so no need to worry.” 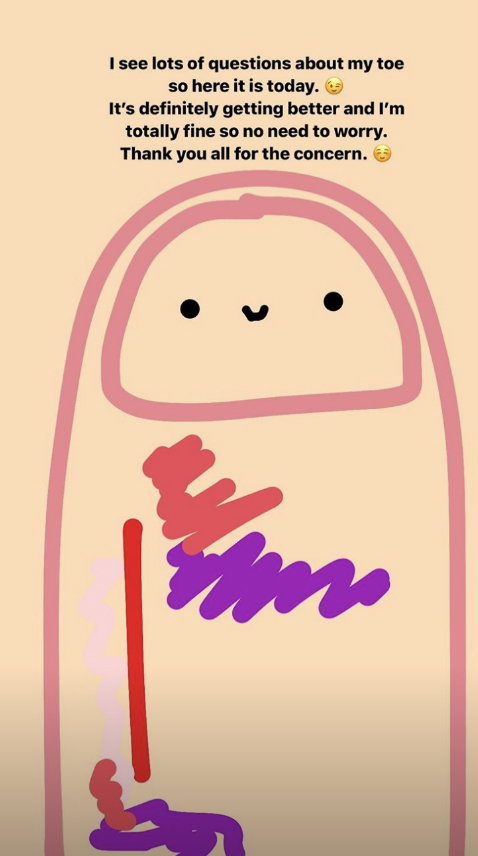 It looks like Marzia’s toe is healing well – at least according to her expert drawing.
[ad name=”article4″]

Their trip clearly isn’t being affected terribly either, as both PewDiePie and Marzia have posted about how much they are enjoying seeing Tokyo, watching a fireworks display on October 5.

PewDiePie’s time away hasn’t stopped him remaining dedicated to his YouTube channel though, with daily videos still being posted, likely by way of scheduled uploads.

He remains the only individual YouTuber to surpass 100 million subscribers, a feat he managed just shortly after he and Marzia tied the knot in August.