Popular YouTuber KSI is set to throw down with social media star Logan Paul in the boxing ring, once again – but that isn’t stopping him from stirring up beef with other personalities ahead of his rematch.

Although KSI’s most famous rivalry lies with Logan Paul, he likewise had beef with fellow YouTuber Alex Wassabi in 2018, after Wassabi responded to KSI’s call for boxing opponents following his match with Joe Weller.

One year later, Wassabi sparred with fellow YouTuber Fouseytube in an August 25 video – but things didn’t go very well for the challenger.

Their sparring match ended in a KO for Wassabi, after Fouseytube launched a solid headshot that saw his opponent crumple to the canvas in Round 2.

Of course, the YouTubers’ match caught the attention of KSI, who openly mocked Wassabi for getting KO’d in a savage video on August 27 – even asking his viewers to spam the clown emoji underneath Wassabi’s social media posts.

“You always find a new way to make me laugh,” KSI chuckled. “…he couldn’t even beat Fouseytube. It’s a shame, because Alex actually did alright! …but god damn, one punch from Fousey and he’s dropped!”

That’s not all: KSI even tagged Wassabi in a Tweet shortly after uploading his video, simply posting the clown emoji – an action that saw many of his fans follow suit, as evidenced by the comments on Wassabi’s Instagram photos. 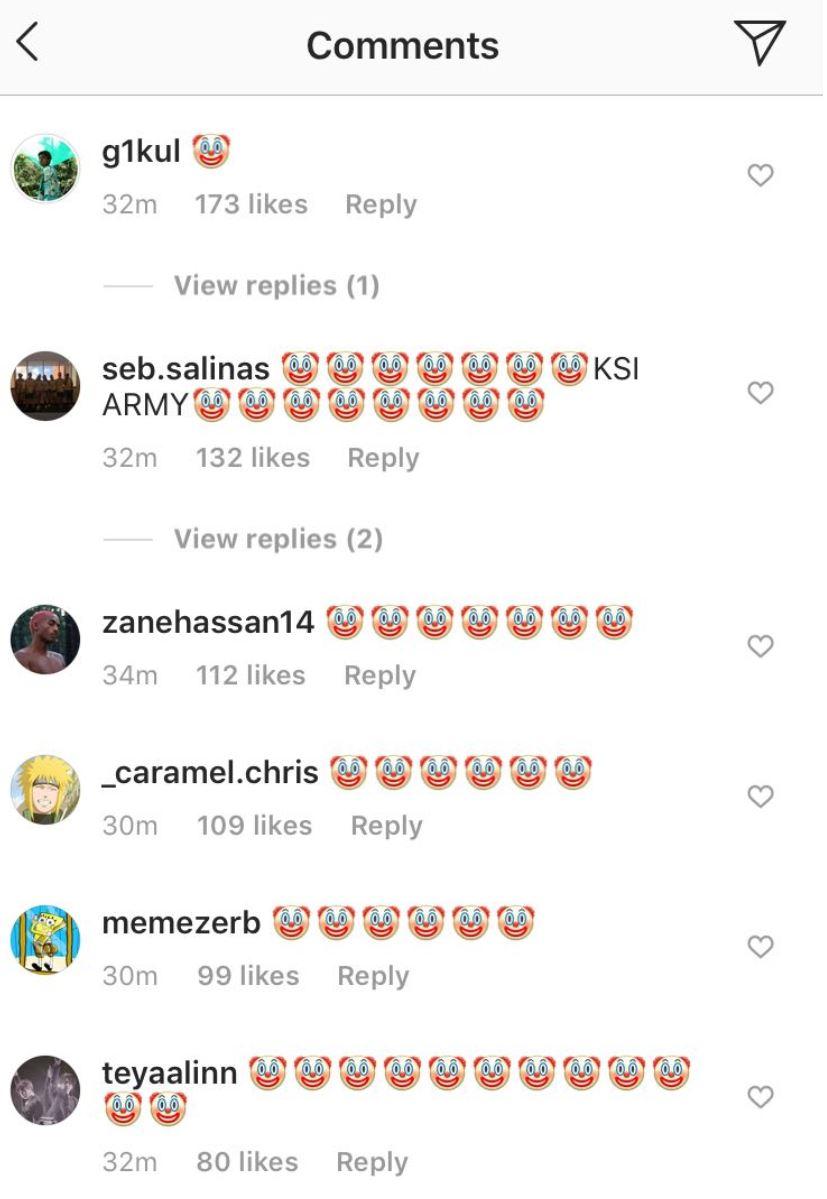 KSI encouraged his viewers to spam the clown emoji underneath Wassabi’s Instagram posts – so they did.
400

KSI isn’t the only white-collar boxer reacting to Wassabi’s KO, either: rival Logan Paul likewise weighed in on the drama, simply posing the eyes emoji in response to Fouseytube’s Twitter post on the subject.

With just three months left to prepare for their rematch, both KSI and Logan Paul are gearing up to set foot in the ring, but word is still out on an undercard for the bout – but Fouseytube might be up for the challenge, claiming he wants “all the smoke” with YouTubers Jake Paul and Deji.

While Jake Paul has yet to officially accept or deny his callout, he’s still looking for an opponent, leaving fans in the dark ahead of the highly-anticipated November 9 event.