YouTuber brothers ‘KSI’ and ‘Deji’ were caught up in a heated dispute on December 25, with the former kicked out of the family home on Christmas day, but it looks like they will resolve their differences.

After months of back and forth shots, beginning after Deji allegedly revealed a pregnancy secret which KSI wanted kept out of public knowledge, and Deji later released a diss track aimed at his sibling on December 6.

On Christmas eve, KSI posted to his Twitter followers, stating that he had been kicked out of the house and that Deji would call the police if he returned.

Kicked out the house. Bro says he owns the house. Said he’ll call the police if I stay. My parents just look by and allow it lol. This shit is fucked man. After all the years of helping this boy. Just sad. Whatever. You do you fam

A vicious 24 hours followed as the pair threw shots at each other over social media and YouTube, as KSI accused Deji of using the situation “for views” and “clout”.

Deji responded by claiming that he was only “trying to defend” himself and “stand up to bullies”, rather than doing it for the ‘clout’.

LOOK HOW MANY VIDEOS YOU’VE MADE ABOUT ME!!! YOURE MAKING IT SO OBVIOUS THAT YOURE DOING THIS FOR VIEWS, FOR CLOUT, JUST LEAVE IT FOR FUCK SAKE. WHY CANT YOU JUST STOP TALKING ABOUT ME!!!!!!!!! @Deji

It’s sad, me trying to defend myself is me trying to get fame, money and clout etc. Stand up to your bullies, don’t let anyone talk down on you and make you think you’re doing the wrong thing

KSI’s final word on the situation was to say that he will be giving it no further attention, and that he doesn’t plan on making any videos about it.

I’m done with all of this. I won’t be making ANY videos about this. I won’t be tweeting anymore about it too. I’m done. Well done @Deji You’ve got all you wanted. The clout, the fame, our parents and the money from all of this drama. I hope it was all worth it.

A few hours later, Deji responded with a final Tweet of his own. He said that the spat should have been kept private, and apologized for ruining young fans Christmas day.

He also states that he and his brother will squash their beef, although it’s unclear if KSI has agreed to attempt to resolve matters.

I wanna apologise to my young fans about the beef with my bro. It should have been private. Me and my bro will eventually squash this beef. I didn’t realise I was ruining my young fans Christmas. I’m off social media

Both YouTubers seemed to have a friendly relationship, at least publicly, for most of their time as internet stars.

Earlier in 2018, they teamed up to take on another of YouTube’s best known brothers – Logan and Jake Paul – in a night of boxing. 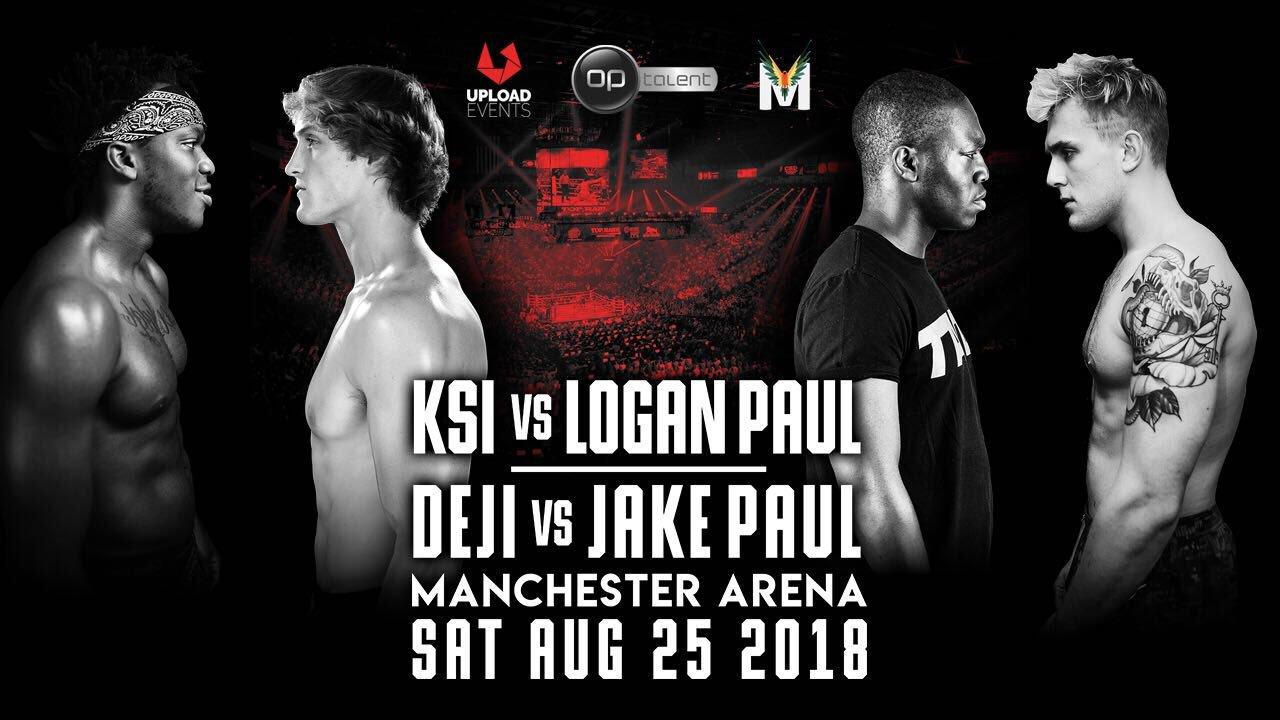 KSI and Deji took on the Paul brothers in 2018.

Deji lost to Jake, while KSI and Logan split the judges decision, and are set to rematch in 2019.

Whether Deji will be in the crowd cheering on his brother remains to be seen.