YouTuber and online drama arbiter KEEMSTAR has released a new product that absolutely no one asked for or were expecting: his own line of cosmetics.

KEEM launched the apparently real makeup line with a color palette that debuted in a new video on December 2.

The reaction to his idea for “Keem Kosmetics” was met with the same confused reaction by people in the video that almost everyone else has had to this bold new direction for the Drama Alert brand.

After his idea gets rejected/mocked by other internet personalities, KEEM decides to show the world what he and his cosmetics line is really made of.

The results, safe to say, are both disturbing and hilarious in a way that KEEMSTAR putting on full clown makeup can be.

Drama Alert’s host and his backup dancers would fit right in on Insane Clown Posse tour and who knows? Maybe this is all an attempt to corner the Juggalo makeup market by Keem Kosmetics.

Some of the colors are obviously jabs at other YouTubers and streamers, with “KITCHEN FLOOR” yellow/orange in honor of Trisha Paytas‘ favorite place to record vlogs.

There’s also “FAZED” orange, which as you can guess is a nice warm FaZe Clan hue most likely in honor of FaZe Banks.

Last, but certainly not least, is “CAT THROWER” purple, in reference to what might be the most infamous streaming incident from 2019 involving Twitch Streamer Alinity. 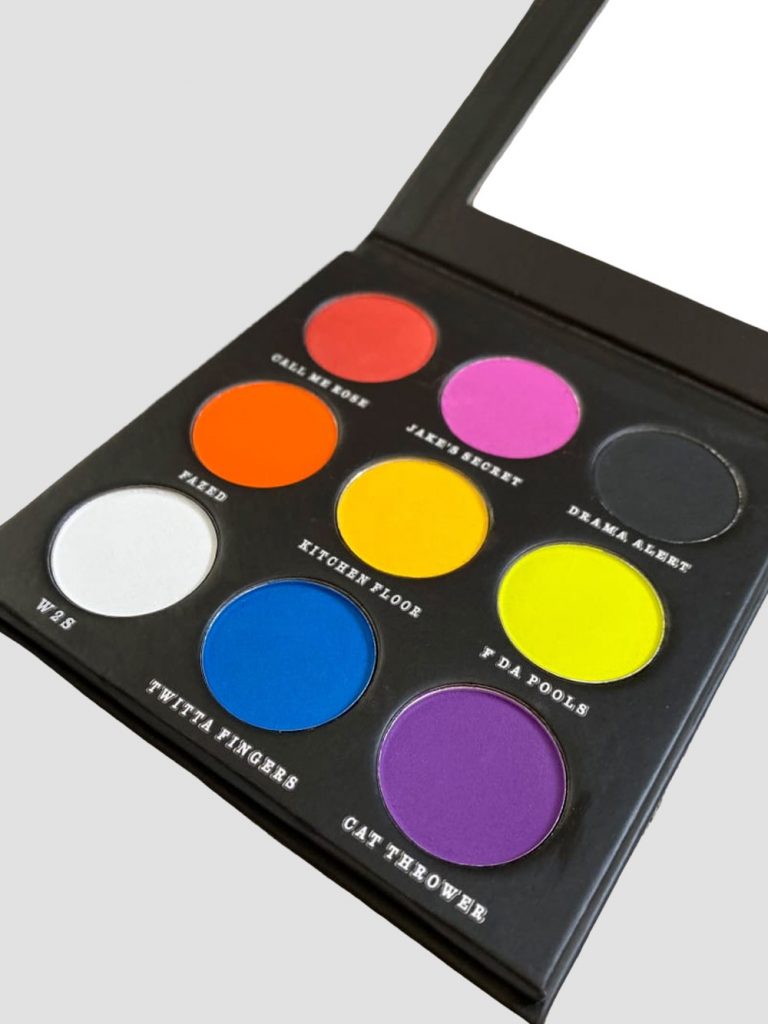 The best part of the “Keem Kosmetics” palette might just be the names of the colors.

“Keem Kosmetics: Unlock your inner clown,” KEEM pitched while holding back a laugh. “Guys, the beauty community is going to come at my neck, please protect me at all costs, I’m scared.”

Dexerto managed to get an order in for the Keem Kosmetics palette before the site began to bog down so we can confirm it is real and available to be purchased.

There’s no telling how successful the bizarre, but hilarious, Keem Kosmetics line will do, but KEEMSTAR posted on Twitter shortly after the reveal video went live that he’s almost sold out of the first run.