Paul called out Deji after getting some solid dating advice from his friend and music artist, George Janko, before meeting his alleged “new girlfriend.”

Janko hit Paul with a fake punch to knock him out of his feigned nervousness before leaving for the date, which Paul compared to Deji’s blows from their bout on the KSI vs Logan Paul fight card in August 2018.

“Honestly, bro, you hit harder than Deji, bro,” Jake claimed, pointing toward a print of himself knocking Deji in the face during their boxing match.

Paul went on to introduce his new squeeze, which turned out to be a complete prank; the woman in question, who Paul addressed as Lauren, was shown kissing her boyfriend just after the group met up in front of a Dave and Buster’s – ultimately squashing fans’ hopes of Jake rekindling his love life. 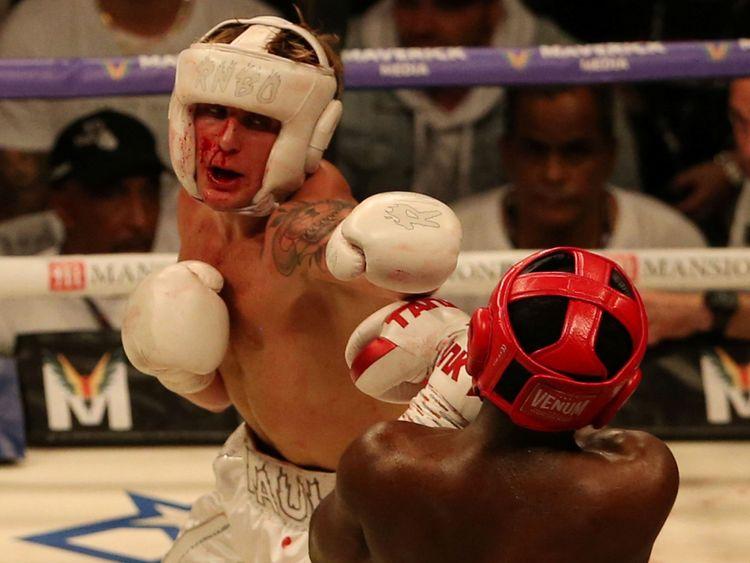 Jake Paul ended up taking the win over Deji during the KSI vs Logan Paul fight card on August 25, 2018.
https://news.sky.com/story/ksi-v-logan-paul-youtubers-vow-to-have-rematch-after-fight-declared-a-draw-11482433[ad name=”article3″]

Paul is currently in the midst of two separate scandals, after uploading a video of himself participating in the dangerous ‘Bird Box’ blindfold challenge and partnering with alleged gambling and scam website ‘MysteryBox.net.’

While Deji has yet to react to Paul’s comments on their boxing match, he announced a break from his main YouTube channel in favor of his secondary account on January 6, after apologizing to his brother and deleting his diss track created during their month-long feud.