IRL Twitch streamers can sometimes face strange dangers when taking their streams on the road, like the close run in Michael Gerry had while waiting to disembark from a crowded station.

There’s been a long history of dangerous close calls or violent eruptions caught on stream, and sometimes those instances happen at the expense of the people recording the events unfolding.

While tons of streamers tend to take extra precautions when taking their broadcasts on the road, it still doesn’t safeguard them from the freak accidents that can randomly occur from time to time. 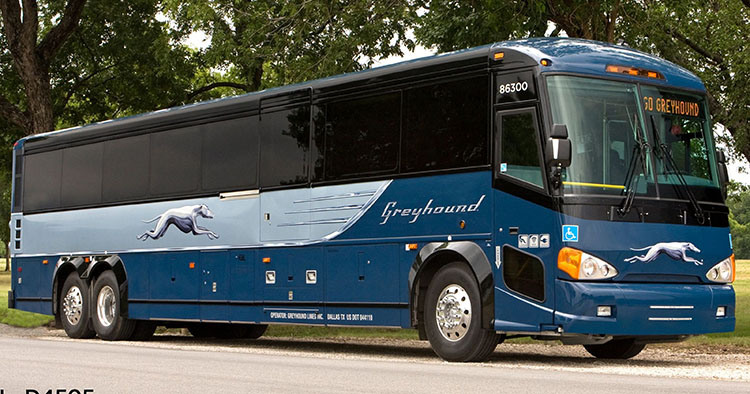 Greyhounds are huge vehicles that can cause a big problem if mismanaged.

Gerry was waiting among a crowd of people in the late night for his Greyhound bus heading toward St. Louis to take off, when tired faces and cool demeanors received an unwelcome surprise.

As people were focusing their attention on a separate vehicle which was getting prepared to leave, the Twitch broadcast caught the bus directly in front of Gerry making a slow creep forward as more and more people were starting to take notice.

What turned out as a mild concern quickly escalated to a panic since there seems to have been a few people other than the streamer idling just a few feet from the Greyhound’s headlights.

No fuckin way” Gerry said. “That’s fucking unreal. I literally cannot believe this happened. This is the most absurd night of my entire life. Holy shit.”

The pedestrian in blue shoes can be seen moving away slightly then frantically making his way to a safer spot as he noticed the large vehicle wasn’t actually stopping.

Only after causing a scare and running over luggage did the bus come to a complete stop with the help from the yellow pole in its way. 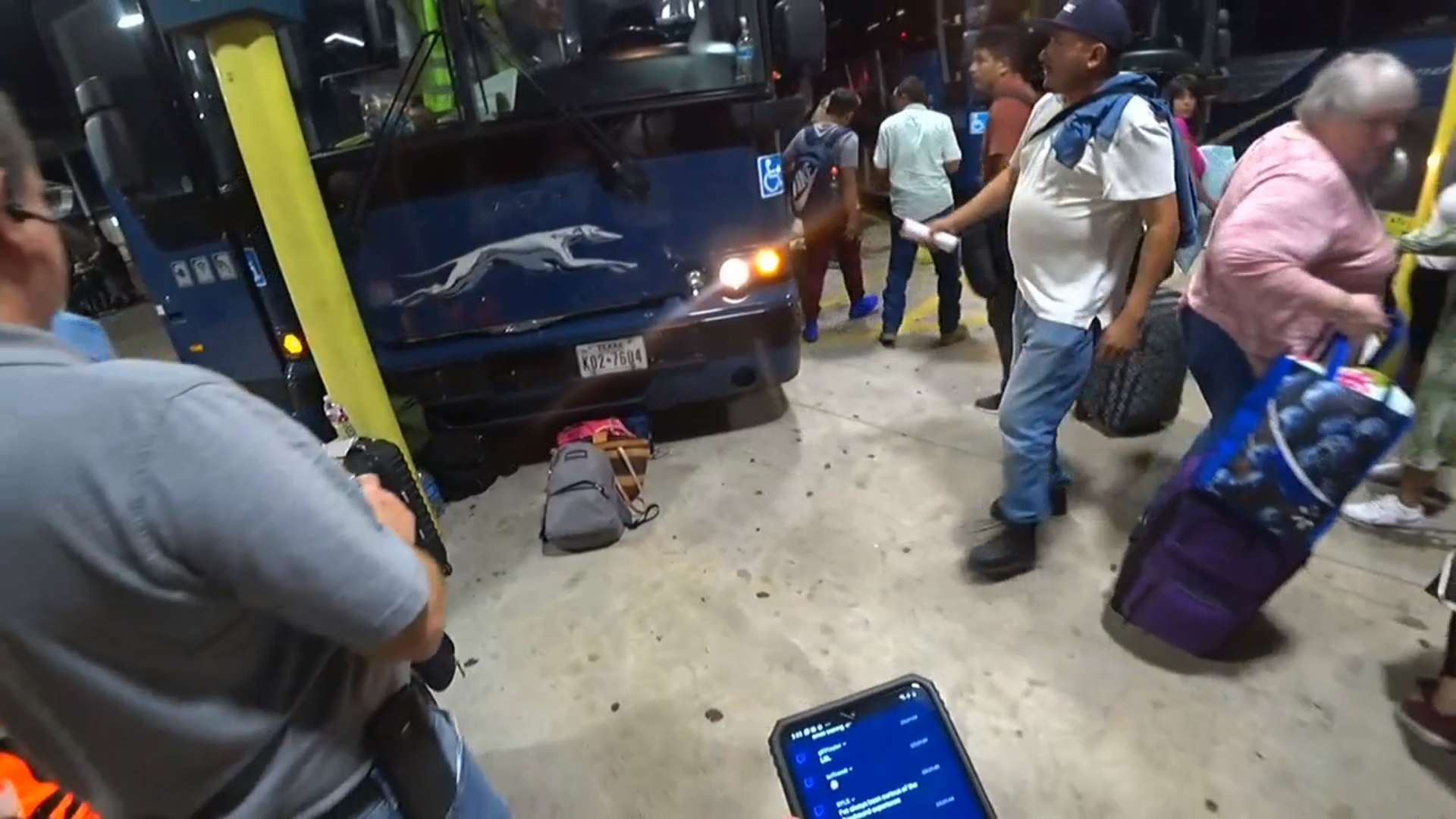 The bus made contact with the nearby pole, stopping its advance.
[ad name=”article4″]

While it’s unknown what caused the bus to lurk forward, the driver can be seen quickly scrambling for the conductor’s chair but is stopped as the bus hits the pole.

The crowd was visibly and audibly upset by the ordeal, with one person saying out loud: “First day on the job, huh?”

Luckily it doesn’t seem like anyone was hurt, and Gerry was able to board his bus moments later, though it was fortunate the bus was stopped before it could pick up any momentum.