During an IRL Twitch stream in Korea, a streamer named Hesou ‘EXBC’ was walking around the city of Busan when she fell for a classic donation prank that had her saying a lewd phrase out loud.

As long as donations have existed on live streams, there have always been viewers trying to take advantage of the feature by trying to troll streamers into saying unsavory things.

One IRL streamer in Korea found this out the hard way after falling for one of the most classic donation pranks there is – by reading out the name of the person who sent money.

Hesou usually streams with her husband Esco, but ended up doing the IRL stream solo on August 24 where she walked around the city of Busan to explore the nightlife of bars and places to eat.

After she was tempted to borrow a cigarette from a stranger, she then decided to read the list of donations that had been given to her during the stream. However one particular donation stood out, as it read ‘Mike_Hunt_Is_bald: $1.00′. 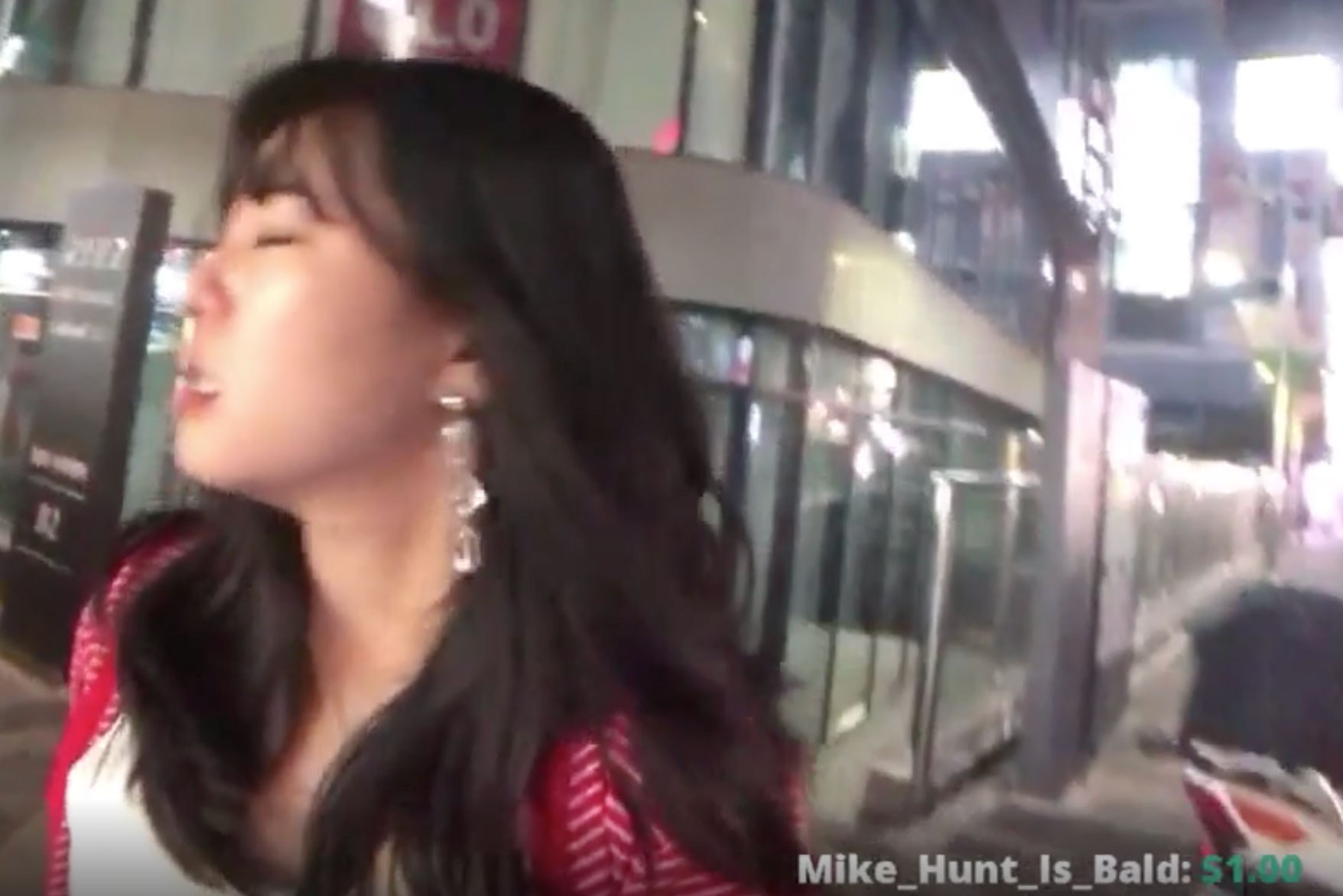 A troll donated $1 in the hopes the streamer would read their prank name out.

Obviously we won’t say what it actually sounds like when you read it out loud, but it’s a lewd statement to say the least.

The streamer’s loud outburst took her chat by surprise, as some in her audience seemed to also have missed the donation, and were taken aback by what she said.

Proving that those at home aren’t the only ones who can troll a stream, the Korean was eating some food and thanking another donation when a man randomly came up behind her and interrupted her broadcast.

“Thank you!” he said mockingly, looking at the camera over her shoulder and flashing the peace sign. The IRL troll then took a piece of her food, and walked off, causing the streamer to ask him to pay for it, before flipping him the middle finger after he walked away with his group.

IRL streams are both unpredictable from the audience watching a live broadcast, as well as the real world environment that is the backdrop for the stream. In this case, she got trolled from both sides.