HAchubby left stunned after being roasted by fan-made music video

Korean Just Chatting streamer ‘HAchubby’ has been left in awe after watching a fan-made music video detailing her run through Jump King, with equal amounts of roasting, banter, and hilarious moments from her stream.

HAchubby has one of the most loyal fanbases on Twitch, with people around the world sending her gifts and special-made art for her to enjoy.

However, this fan might have won the gift of the year already, curating a perfect music video to sum up HAchubby’s journey playing Jump King on Twitch, sharing it to her and thousands of viewers live on stream. 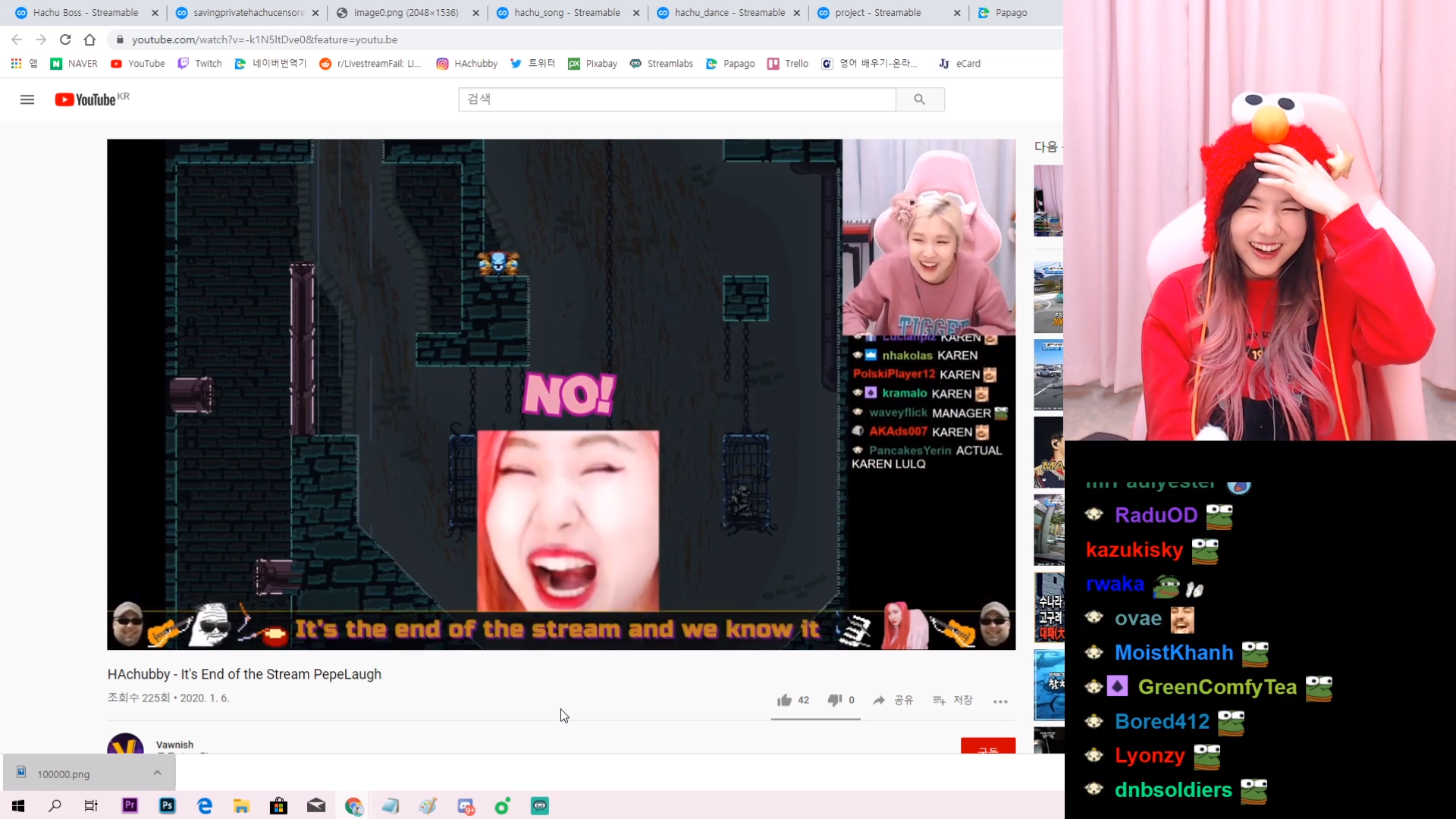 HAchubby lost her mind at this awesome music video parody of her journey to completing Jump King.

With the catchy guitar riff, Vawnish told a story of HAchubby’s 16-hour struggle in just four minutes, and she lapped it up.

“Wow! You sung this,” she asked, shocked at how good it was. She went through all the emotions of joy, shock, and sometimes a bit of confusion when she got roasted every now and again.

It had references to her rage-quit moment half-way through one of her runs, her hundreds of falls, and her success at the end of it all.

It also had some more general remarks about her usually being late to her scheduled streams, and how she occasionally mutes her mic by accident, leading to some hilarious clips.

“Wow! Crazy good, [you would have] taken a very long time to make this,” she said. Her chat was equally as stunned as the song played out, complimenting Vawnish as it played out on stream.

The full version is up on YouTube so you can see for yourself the amount of effort Vawnish went to commemorate one of their favorite streamers.

That wasn’t the only piece of art HAchubby received to start out 2020. Fans shared drawings of Hachu, including a cool Nendoroid chibi-style drawing of the streamer in casual clothing.

Although she was roasted in the video, the production quality was undeniably amazing, and the streamer was still eternally grateful for the lengths her fanbase goes to to make her happy.