‘HAchubby’ had Stefan ‘TheSushiDragon’ Li on for her NYE countdown, with the guest using the stream as the perfect opportunity to pop the popular Korean streamer an important question, however he wasn’t expecting her reaction.

TheSushiDragon is known for his rather outrageous Twitch streams of dancing, talk shows, and whatever incredulous idea flows through his mind.

So, when HAchubby invited him along for her New Years Eve countdown involving psychedelic tunes and grooves, his boldness came in the form of an out-there invite. An invite to try and get the Korean streamer out to Los Angeles, in his streamer house, permanently.

However, polite conversation between the two streamers was derailed slightly as Sushi was left a bit embarrassed by the Korean phenomenon’s reply. 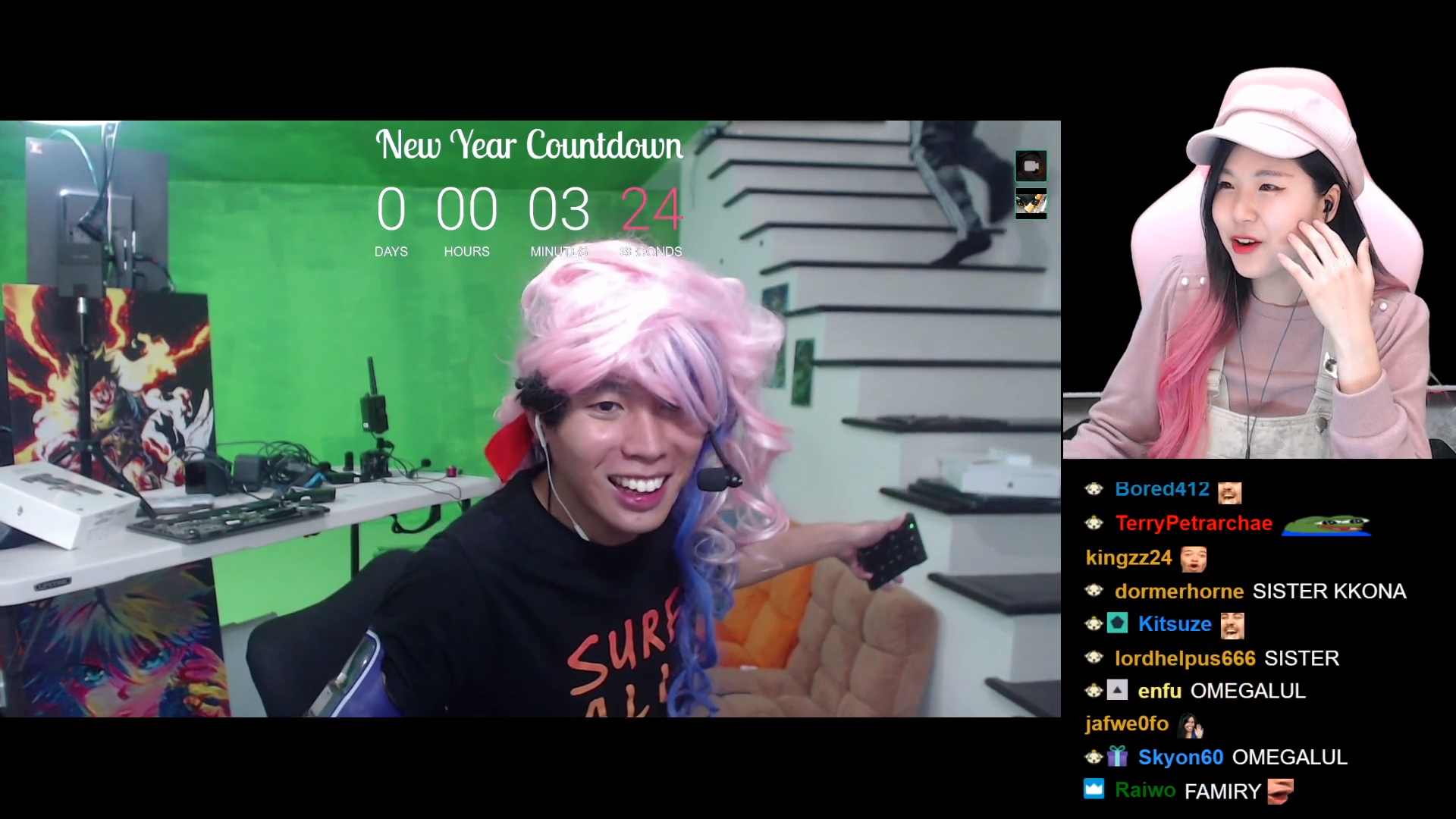 HAchubby and TheSushiDragon brought in the New Year together, but they aren’t going to be moving in together any time soon.

Sharing their favorite moments about 2019, and what they are looking forward to 2020, HAchubby and Sushi were engaged in a nice conversation as the clock ticked ever closer to zero.

“Moving to Los Angeles,” he replied. “Yeah, I was in Sacramento by myself. [I moved here] four months ago.” While the question was hot off the press, Sushi made sure to take his chance to see if HAchubby wanted to move in with him to kickstart his 2020.

“So you wanna move here too,” he asked. “We have more rooms if you want. Come stay!”

HAchubby was taken aback by the suggestion, rocking around in her chair in surprise. “Really? Oh my god,” she said. “Maybe I can with my dad and my mom. I want to [move] with my family.”

Sushi scanned around the room and the house, trying to figure out a way to fit in HAchubby’s family, but the house wasn’t big enough. “We can’t fit that — nope, just kidding, that’s a lot of people.”

The streamer quickly changed the topic after the bold invite went south as his Korean guest laughed in the background.

The duo managed to move past the awkward question though to dance their way into the new year, cutting some shapes on the green screen floor to some K-Pop.

A move to Los Angeles might be off the cards for HAchubby and her family for now, but that won’t stop Sushi from possibly trying again down the line. His 2020 New Years resolutions aren’t off to the greatest start, but there’s still 365 days to go.

What is the ‘your third leg was phenomenal’ TikTok? Olympics innuendo goes viral