Logan Paul seemed to fire shots in the direction of Turner ‘Tfue‘ Tenney during a chat with FaZe Clan’s Brian ‘Rug’ Awadis on his podcast.

Tfue has been clipped during streams on a few occasions flirting with Instagram model Corinna Kopf – who was recently spotted cozying up to Logan at a baseball game.

Having first brought the pro player’s name into conversation during his latest edition of the Impaulsive Podcast, the popular YouTuber couldn’t contain his laughter when the guys jokingly asked him about his relationship status. 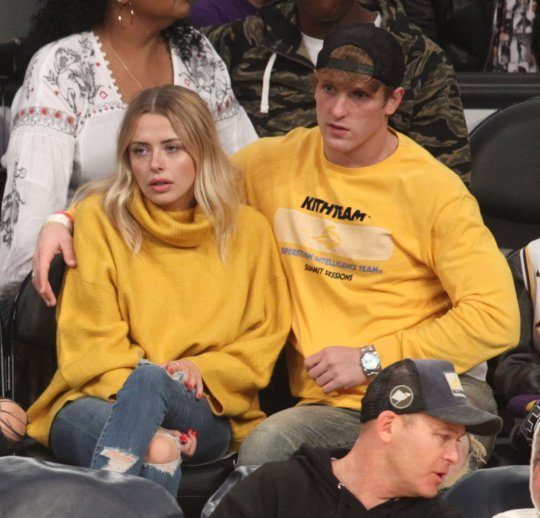 Logan Paul spotted with the Instagram model at a basketball game on January 14.

“I don’t get how they find people bro” Logan said, after FaZe Rug explained how he joined the clan. “Like, uh, that guy Tfue. How did they find this guy and now he’s one of the biggest on Twitch. He’s so fucking good.”

After the panel talked of their admiration for Tfue’s Fortnite skills, with Rug saying he’s one of the best in the world, things quickly switched away from gaming as they seemed to joke about how Corinna Kopf is now Logan’s girlfriend.

“I feel like he could get any girl, bro. He’s slick” Mike said, before Logan Paul breaking into laughter. Check out the conversation at the 12 minute mark in the video below.

The podcast host turned away from the camera for a few moments, with the curious panel’s questions about his current situation left unanswered.

Despite talking to Tfue on streams and being spotted with Logan Paul on a number of occasions, Corinna Kopf declared herself as “single as fuck” in late December, 2018. Whether or not her situation has changed since then is unclear, but if Logan is dating the model right now, he seems pretty smug about it.

How will these comments go down with Tfue?