Dr Disrespect has always been known for hilarious antics on stream, but new features for his Sea of Thieves undertakings are impressive, to say the least.

The Doc has been ramping up his stream’s production value in 2019, which has so far included everything from producing incredible backdrops to innovative new ways to play games, but few were ready for how well his stream would synergize with his new Sea of Thieves streams.

After starting up Sea of Thieves, the Doc found himself fumbling with the game’s first set of objectives when his production value made widespread hysteria ravage Twitch chat. 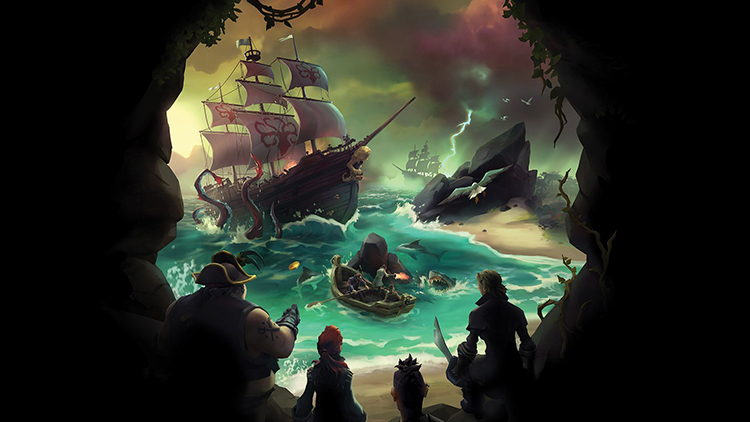 The Doc has recently started his voyage into Sea of Thieves but is already shaping up to be one of the game’s more entertaining personalities.

Dr Disrespect found himself in the middle of the ocean trailing back to land when he introduced a new transition animation along with a hilariously positioned camera layout.

The streamer created a special design element for his Sea of Thieves adventures that showed his head and shoulders protruding from a cannon similar a feature in the game in which players can load themselves to be shot out of a ship’s artillery.

He’s also added a dynamic moving deck of a pirate ship that he’s able to walk across to advise his viewers of the next plan.

His chat was equally amused and impressed at the Doc, as it seems the streamer was fully prepared to commit to a pirate’s life.

It’s currently unknown if the Doc plans to keep the layout during the entirety of his Sea of Thieves playthrough, but has yet to change the scene after introducing it.