Some of the most experienced content creators in the motorsport space, not even the popular Hoonigan squad can steer clear of hilarious accidents in the workplace.

Having amassed over three million subscribers on their wildly popular YouTube channel, the group at Hoonigan started broadcasting behind the scenes antics for fans to watch live on Twitch.

The streams share a glimpse of what goes into producing some of their viral content but things don’t always go according to plan.

In an October 22 broadcast, disaster struck in the most amusing way possible in the midst of a casual stream from the Hoonigan workshop.

With the intent of removing windows from a certain vehicle, the team was hard at work plying away at a rubber adhesive keeping the windows in place before a hilarious accident caused the streaming duo to erupt in laughter. 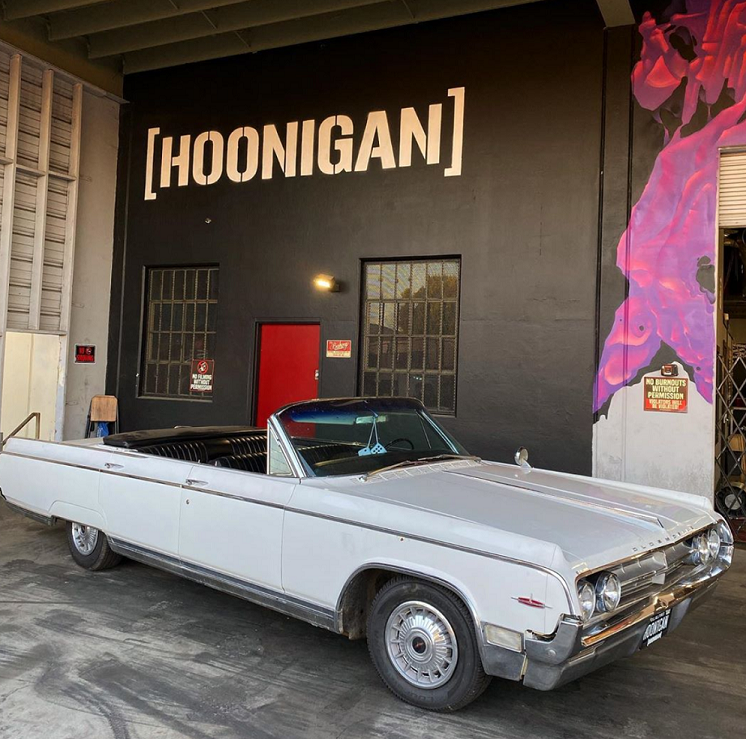 A look inside the Hooigans workshop.
600[ad name=”article3″]

Using suction cups to slowly pull the windows out of place one by one, the windshield was the next piece of the puzzle in focus.

After a few minutes of stress with various factors blocking their path to success, the pair finally got the windshield out and walked around holding onto it with the two suction cups, even supporting the weight with their head at times. Before long, the strength of the suction gave way and the windshield was no more.

Shattering into a thousand shards of glass the windshield slipped and subsequently crashed into the concrete floor, fortunately not wounding anyone in the process.

“Oh no,” one of them repeatedly yelled between bouts of laughter, reacting to what had just transpired in the blink of an eye.

While the Hoonigans are a group of experienced professionals, this clip just goes to show that not all plans are foolproof.

Who could have known that just moments after freeing the windshield it would be a broken mess on the ground?