Tana Mongeau’s fashion choices at the MTV VMA’s have led many to believe that the 21-year-old was taking shots at Jake Paul after bringing a live snake onto the red carpet.

While Mongeau and Paul apparently tied the knot back in July, and following skepticism about the validity of their marriage, rumors have swirled that Jake may have had an affair with ex-girlfriend Erika Costell, something which he has denied.

The pair haven’t been seen together since though, and when Mongeau showed up at the MTV VMAs on Monday, August 26 with a live snake wrapped around her waist, many on social media surmised that she was taking a shot at her other half. 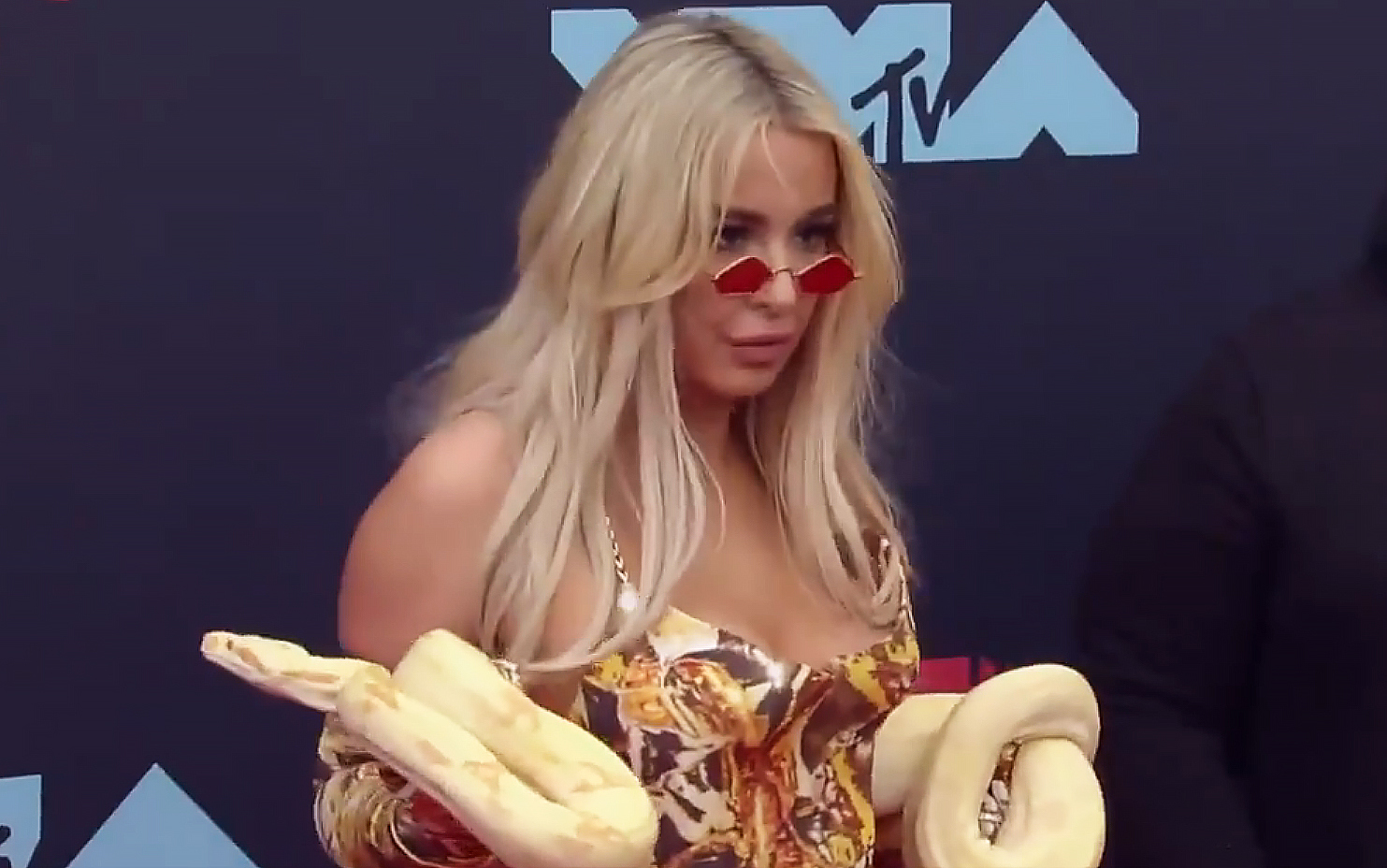 Mongeau carried a snake onto the red carpet at the VMAs.

The American definitely turned heads when she showed up on the red carpet in a yellow-and-gold patterned dress, with matching gloves and thigh-high boots. It was one of her accessories that really grabbed attention though, the live snake that was wrapped around her waist.

Fans of the YouTuber, who has her own show on MTV, quickly used the opportunity to bash Jake Paul, with some stating that she hadn’t in fact brought a snake, but rather that it was her husband she was carrying.

“Everyone keeps saying Tana Mongeau brought a snake to the VMAs,” wrote one Twitter user. “I’m pretty sure that was her husband wrapped around her.”

everyone keeps saying @tanamongeau brought a snake to the #VMAs but i’m pretty sure that was just her husband wrapped around her @jakepaul pic.twitter.com/VDD3Wx4EaY

They weren’t the only ones to make jokes at Paul’s expense, with another fan writing: “When they said Tana Mongeau brought a snake, I was looking for Jake Paul lol.”

Twitter user ‘SpicyPurritos’ agreed, joking that she “couldn’t see the video at first,” so assumed they were talking about Paul when people were referring to the snake.

When they said @tanamongeau brought a snake..I was looking for @jakepaul lol

Some even directed their attention to Jake Paul personally, sending him cheeky digs about the situation, with a user replying to one of his tweets with: “Instead of bringing you to the VMAs, (she) brought a snake… Wait, same thing?”

Instead of bringing you to the #VMAs @tanamongeau brought a snake… wait same thing ? :snake::joyful:

Mongeau herself said the snake was a tribute to Britney Spears, who used a life snake as part of her performance at the 2001 edition of the awards show, but refrained from revealing whether there was a second meaning aimed at Jake Paul in her outfit choice.