During a video in which popular YouTuber David Dobrik goes on a blind date with a Vlog Squad superfan, he revealed which celebrity he would most like to join him and his friends next.

David Dobrik has become known as the mastermind behind the Vlog Squad, a group of Vine stars who were all seeking a home when app closed its doors, now creating YouTube content together to tens of millions of subscribers.

Notable names in the Vlog Squad include the likes of Corinna Kopf and comedian Jason Nash, as well as Drake and Josh actor Josh Peck. In their time together, other celebrities including Snoop Dogg, John Stamos, Kylie Jenner, and Lil Pump have made appearances in the vlogs. 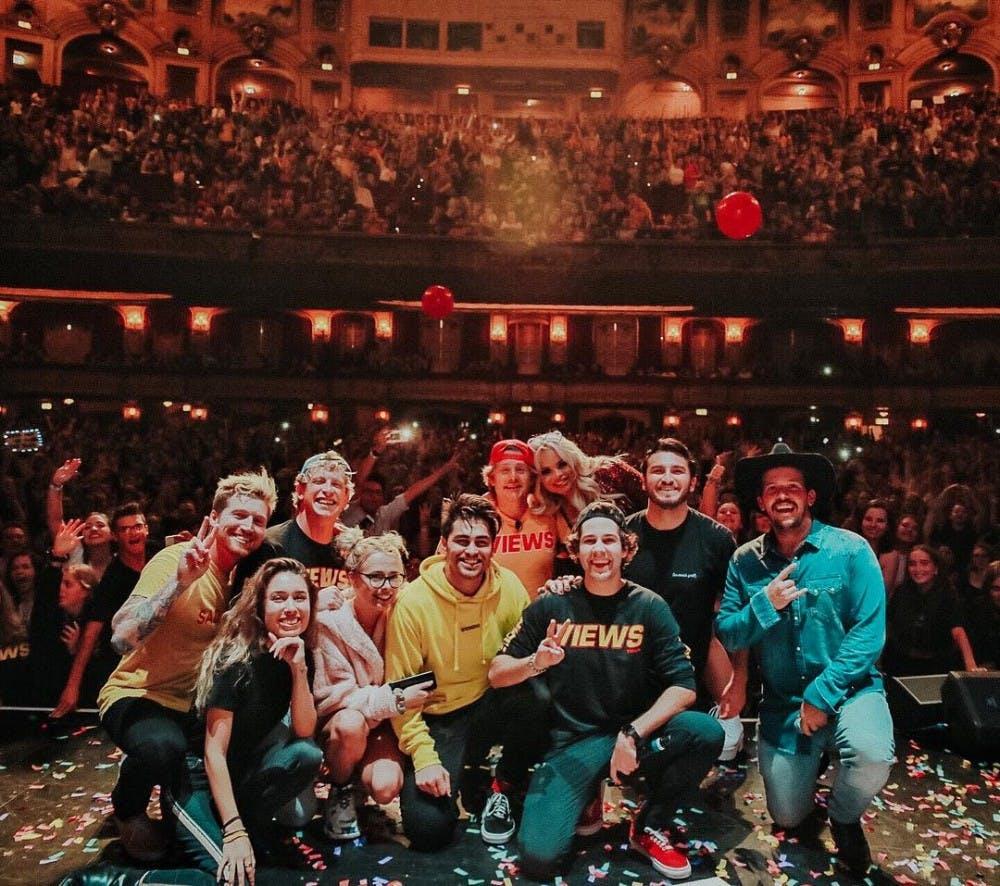 Now, in a recent video with Seventeen, Dobrik went on a blind date with a superfan, pretending to be another superfan named Steve. He answered a bunch of questions, including “Who do you want to see join the Vlog Squad next?”

Dobrik took some time to respond, initially saying he can’t do that and that “David has that call,” but upon a push from his date, Anna, he confirmed that he would like Chris Pratt to join the team.

While Anna agreed that Chris Pratt is a good pick – and with Pratt’s fun-loving personality, you can see why – she said that she would like to see Adam Sandler join the Vlog Squad, with Dobrik confirming that he thinks that would be good too.

Throughout the rest of the video, Dobrik answers questions regarding mukbangs and his favorite Vlog Squad moments before the big reveal, with Anna realizing that she was on a date with her idol.

Though Pratt would seem to be a good fit with the Vlog Squad, it’s unlikely he’ll find time for the YouTuber lifestyle while also starring in billion-dollar box office hits on a regular basis.

That said, with some of the names that have appeared in David Dobrik’s vlogs in the past, anything seems possible.