Twitch streamers take opportunities to advertise products to their audiences all the time, but lines are crossed when their likeness gets used with permission, and that’s exactly what happened to Cohh Carnage.

Cohh Carnage is one of the biggest streamers on Twitch, boasting 1.2 million followers and attracting thousands of viewers each time he goes live.

Unfortunately, with such levels of popularity, there is a risk of individuals or companies misusing a streamer’s content. 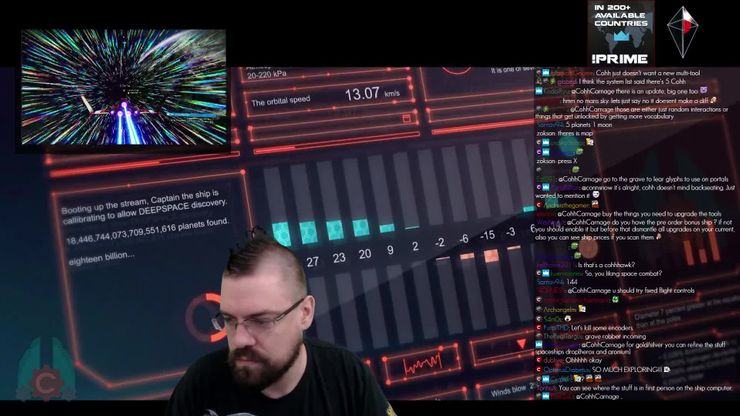 Cohh is one of the biggest variety streamers on Twitch, and a veteran of the platform.

A blog that focuses on tips for lowering credit card debt, among other financial advice, appears to have used Cohh’s baby announcement as a way to advertise their article.

To make things even worse, the site erased the message about his family’s son and replaced it with a message about becoming debt-free, as though Carnage himself had written it.

“Somebody sat down, erased the message on this sign that said we were having our second son, Kai, then put in some fake advertisement for their blog or whatever,” he tweeted. “All, of course, without consent or permission. I tell ya, man. Dark times. How lame can people be.”

Somebody sat down, erased the message on this sign that said we were having our second son, Kai, then put in some fake advertisement for their blog or whatever. All, of course, without consent or permission.

I tell ya, man. Dark times. How lame can people be. https://t.co/3WykzTtAqo

This isn’t the first time we’ve seen something like this happen, with similar incidents with other streamers in the past.

Back in November 2019, the online retailer Newegg ran an ad for a chair that featured a streamer who looked a lot like Ben ‘DrLupo’ Lupo, except that it wasn’t an exact match.

Casually scrolling on Newegg and I stumble across a gaming chair and they faked a @DrLupo picture for their product. ? pic.twitter.com/uLnhPvgQWX

Unless noticed by a fan, these ads can easily slip under the radar and to many unsuspecting people, they won’t even realize or consider who is in the images.

OP Group, Cohh’s management team, said this sort of thing happens all too often and that they are in the process of handling it.

We’re on it. Sadly, this kind of thing happens all too often.

While this might not seem like too big of a deal on the surface, it can end up being very damaging.

A fan could see this ad, believe that Cohh himself believes in it, and be misled into clicking the link, and possibly paying for a product or service.

It sounds like this particular situation is going to be taken care of shortly, but that doesn’t mean it won’t pop up again with a different streamer in the future.