Trainwrecks has previously made his thoughts publicly known regarding Amouranth’s stream. Niknam claimed that the cosplay star was “sexually baiting” people, subsequent to her following soaring upon her return to Twitch after a three-day ban.

Fast-forward to TwitchCon 2019, and Trainwrecks labeled Siragusa’s performance for her fans “shameless”, amid the incident surrounding her Twitch suspension.

Now, Amouranth has hit back with some verbal jabs of her own, during her November 18 broadcast to her Twitch channel. 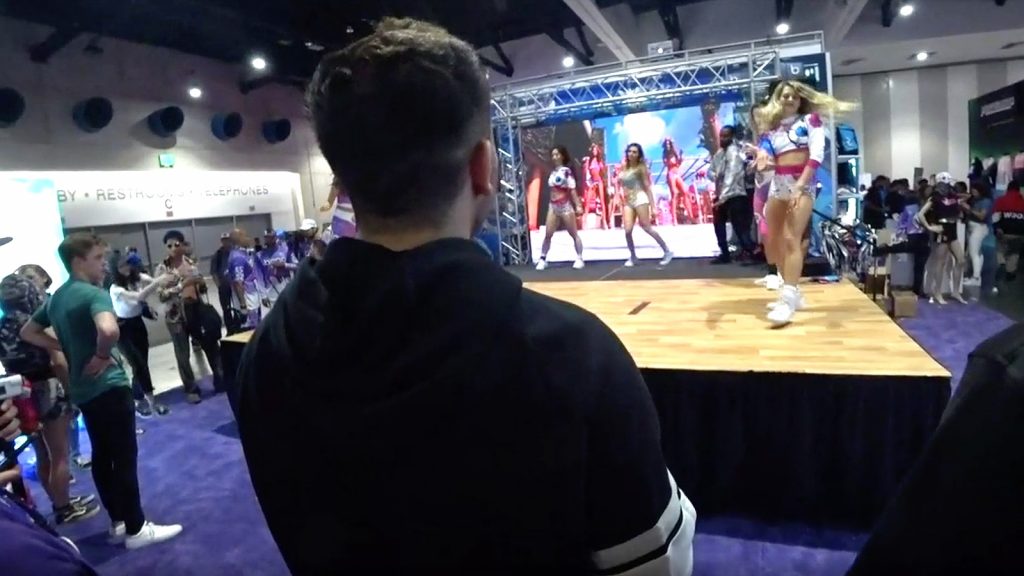 Trainwrecks looked on as Amouranth delivered her TwitchCon performance.

When questioned on her thoughts about Trainwrecks, the variety streamer initially responded with praise: “I think he’s really hard-working and I think he definitely knows how to appeal to his audience.”

However, Amouranth soon turned on those comments by subtly roasting her Twitch counterpart. “I also think that he should warm-up and cool-down (either way) with more than 7.5 pounds, because he’s a big guy,” Siragusa added.

Continuing, she added: “I also think that he should consider leg day more frequently.”

Although the cosplayer’s return of serve doesn’t necessarily reflect the extent of the comments made by Niknam, it adds to the pair’s ongoing feud nonetheless.

Plenty of fans were quick to lap-up Siragusa’s comments in the Livestream Fails subreddit, with one user saying: “She had those in her back pocket, but I’mma let it slide ’cause those was some spicy lobs.”

Moving away from the ongoing toing and froing between the pair, both parties have had an extremely successful 2019.

Both Amouranth and Trainwrecks currently have a Social Blade score of “A-” — which underscores the growth of their channels throughout the course of 2019. Amouranth’s growth was somewhat stunted when, however, when she lost almost 300,000 followers upon he return to Twitch at the backend of October.

Although their methods differ significantly, hopefully both streamers can recognize one another’s successes and place their differences aside.