On September 9, Kaitlyn ‘Amouranth’ Siragusa was banned from Twitch, after a clip emerged of her accidentally showing too much of herself. The streamer was playing with her dog on the floor and rolled over numerous times, inadvertently flashing her watching audience.

There have been mixed responses to the ban, with some arguing that it was a deliberate stunt to attract attention, while others have argued it was an innocent mistake. xQc and Trainwrecks locked horns over this very debate, and one doesn’t seem to have a lot of sympathy for Siragusa. 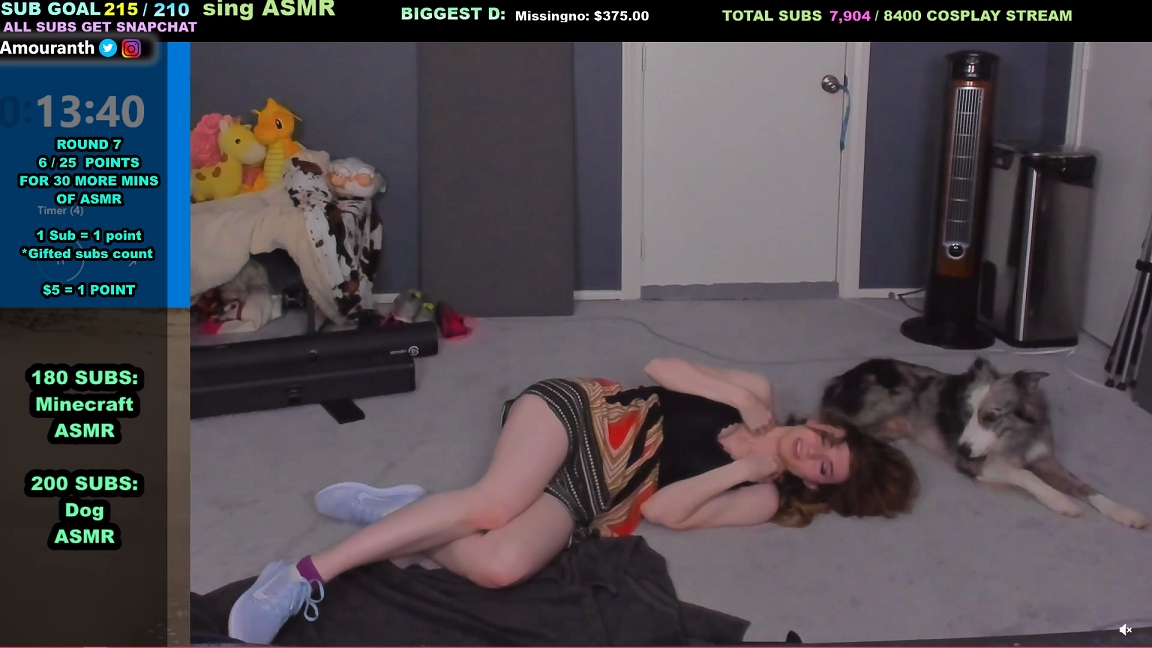 Amouranth was on the floor with her dog when the incident happened.
[ad name=”article2″]

“Train what’s your argument, that she did it on purpose?” asked xQc, after the group got onto the topic of Amouranth’s ban.

“My argument is there’s no way she didn’t know that it was out,” Train responded. xQc wasn’t satisfied with this response and pressed to find out if Niknam thought the wardrobe malfunction was deliberate or not, causing Train to state that he thought she “was aware of it [that she was exposed]”.

Trainwrecks took this further, stating that he was arguing “intent” on Amouranth’s behalf, and that her response – or lack thereof – suggests that she knew what she was doing.

He argued that if a normal Twitch streamer realized a mistake of that nature, they would instantly apologize, move and ensure the mistake wasn’t repeated. Amouranth, however, didn’t react, leading Train to believe it was deliberate.

“So you’re saying she was sexually baiting then?” xQc asked.

“Yes,” replied Train. “How many people have we seen careers made over a fucking flash… I think it sells patreon, I think it sells every other site and I think it 100% baits the clicks, especially if you know in advance it’s gonna be a three day ban for ‘adult nudity’”.

xQc still didn’t buy the argument though, saying that he couldn’t believe someone would expose themselves in that way just to gain more viewers.

Train’s argument is essentially stating that Amouranth was aware the ban would only be temporary, and that the backlash would be worth the increase in viewers and revenue she would receive.

As of September 13, Amouranth is back on Twitch and is free to broadcast to her audience of nearly 1.5 million followers.