YouTube star Alissa Violet has made a surprise appearance on the latest Machine Gun Kelly track titled ‘why are you here,’ performing the backing vocals during the chorus.

The American is a popular rapper, with songs like Invincible and Bad Things with singer Camila Cabello skyrocketing him to the top of charts, and worldwide fame as the Texas-born artist tours the world performing tracks from his four studio albums.

Now, the Cleveland native has paired up with YouTuber Alissa Violet for his new rock song ‘why are you here,’ with the 23-year-old teaming up with Kelly, real name Richard Baker, to provide backing vocals on the chorus. 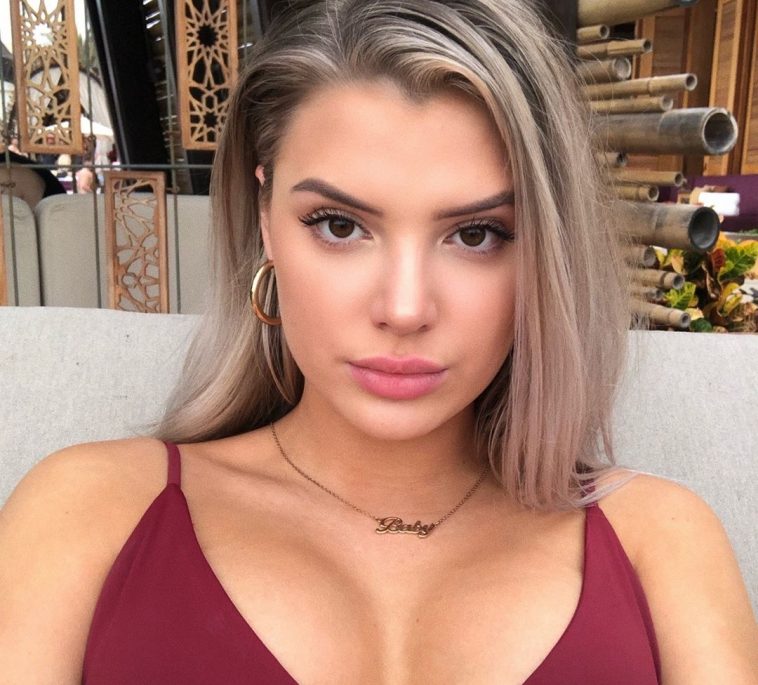 Following the release of the song on December 19, Machine Gun Kelly began to receive tweets asking who was performing the backing vocals on the chorus, as there are no official featured artists on the track asides from the rapper-turned-rockstar himself.

Much to the surprise of many, the 29-year-old quickly explained that Alissa Violet was one-half of the duo belting out the chorus alongside him, as she joined singer/songwriter Good Grace to back-up Kelly.

This immediately sent Twitter crazy, with many sending their congratulations and sharing their excitement at their partnership, with some telling the 23-year-old that it was “great,” while overs saw the decision to team up as “legends helping out legends.”

The song is already closing in on a million listens on YouTube, with 706,00 people checking it out at the time of writing, with the track also available on streaming platforms such as Spotify and Apple Music for those who want to listen on the move.

You can listen to the full song, including backing vocals from Violet and Goody Grace below.

Violet has yet to respond to her appearance, simply confirming that she was in the track in an Instagram story following why are you here’s release.

While his relationship with Violet is obviously blooming thanks to their collaboration, the rapper has had some heated confrontations with content creators from YouTube. the 29-year-old recently spotted No Jumper’s Adam ‘adam22’ Grandmaison interviewing FaZe Banks at an event and slapped the microphone out of his hand. This was allegedly due to adam22 roasting MGK for his public spat with Eminem and saying Eminem won the battle.

This isn’t Alissa’s first foray into the world of music, appearing in a music video with Brian ‘RiceGum’ Le aimed at ex-boyfriend Jake Paul. Since then, Paul has released his own song about his relationship with Violet, claiming that he misses her even though he’s married to Tana Mongeau, who says she is proud of the track and the 22-year-old for expressing himself.