Stuchiu’s Standpoint: A Three Way Race for the Throne

Following the events at the recently-concluded ESL One New York, CSGO has become a three-way race to see who will end the year as the world’s number one.

ESL One New York has ended and Evil Geniuses won the tournament with a convincing 3-1 victory over Astralis.

This victory, along with Astralis’ win at StarLadder Berlin Major, has changed the dynamic of top tier Counter-Strike. In the midst of this, Liquid still look to recapture their form from earlier this year and continue their era.

The case for Liquid

Ever since the player-break happened, Liquid haven’t looked the same. When Liquid were in their prime, they dominated the scene, and all five players were in fantastic form.

Jonathan “EliGE” Jablonowski was the third best player in the world. Russel “Twistzz” Van Dulken has exceptional mechanics and at times played at a superstar level. Keith “NAF” Markovic had massive impact. Nicholas “nitr0” Cannella at times could be the best player in the server while being the in-game leader. Jake “Stewie2K” Yip was a marvel as an entry-fragger and found renewed form. 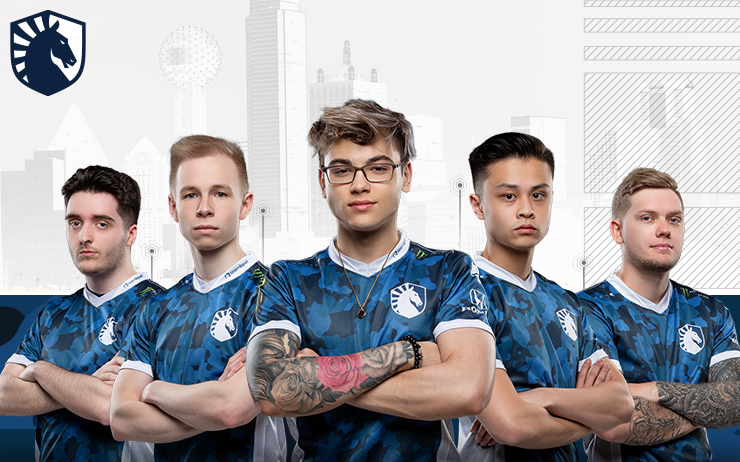 When firing on all cylinders, Team Liquid can look like the best CS:GO team in the world.
[ad name=”article3″]

This form combined with their roleless style of play made Liquid unstoppable monster in mid 2019. Their raw skill meant that they were never out of any round. Their overall teamplay and tactics were top notch. Nitr0 and EliGE on the CT-side are perfectly in sync with each other’s movements and actions. EliGE and Stewie2K on the T-side were the best entry duo in the world. As a squad, Liquid played 6 of the 7 maps and had a ludicrous winrate on every map they played.

Liquid were so good, they speed ran the IEM Grand Slam and arguably established an era. The Major looked to be theirs for the taking, but the player break affected their form. On top of that Astralis had prepared an ambush for Liquid at the Major as they unveiled a Vertigo pick and constructed an incredible T-side Overpass that broke Liquid’s CT-side. At ESL New York, Liquid got to rematch against Astralis again and once again fell short. This time they went 1-2. They lost on Vertigo and Overpass again, but won on Dust2.

In terms of overall results, Liquid are behind Astralis and EG. However, there are still reasons to believe that they can still come out ahead in this race. At the Berlin Major, the only player who was the same before and after the break was EliGE. At ESL New York, EliGE and TwistZz were both at their pre player-break standards. Liquid seem to be gearing back up to their mid-2019 form and if that happens, they are the most skilled lineup in CS:GO history.

In addition to that, Astralis could just be a bad stylistic matchup for them. Liquid have to ban Train and this lets Astralis pick Vertigo into them. Liquid haven’t figured out a way to crack Astralis’ CT-side and take A control, which means that Astralis will likely have a 1-0 advantage in any bo3 series played between the two teams. Liquid will likely win their own map pick and Overpass currently looks to be slightly Astralis favored.

However Liquid don’t necessarily need to beat Astralis at all. Despite claims from some Danish fans, Astralis isn’t close to their 2018 peak level forms. They are shaky in group stages, their map pool is fundamentally different, and their overall individual form isn’t close to what it was. If another team eliminates Astralis before Liquid plays them, Liquid could win the tournament. Especially if they continue to ramp up their form. 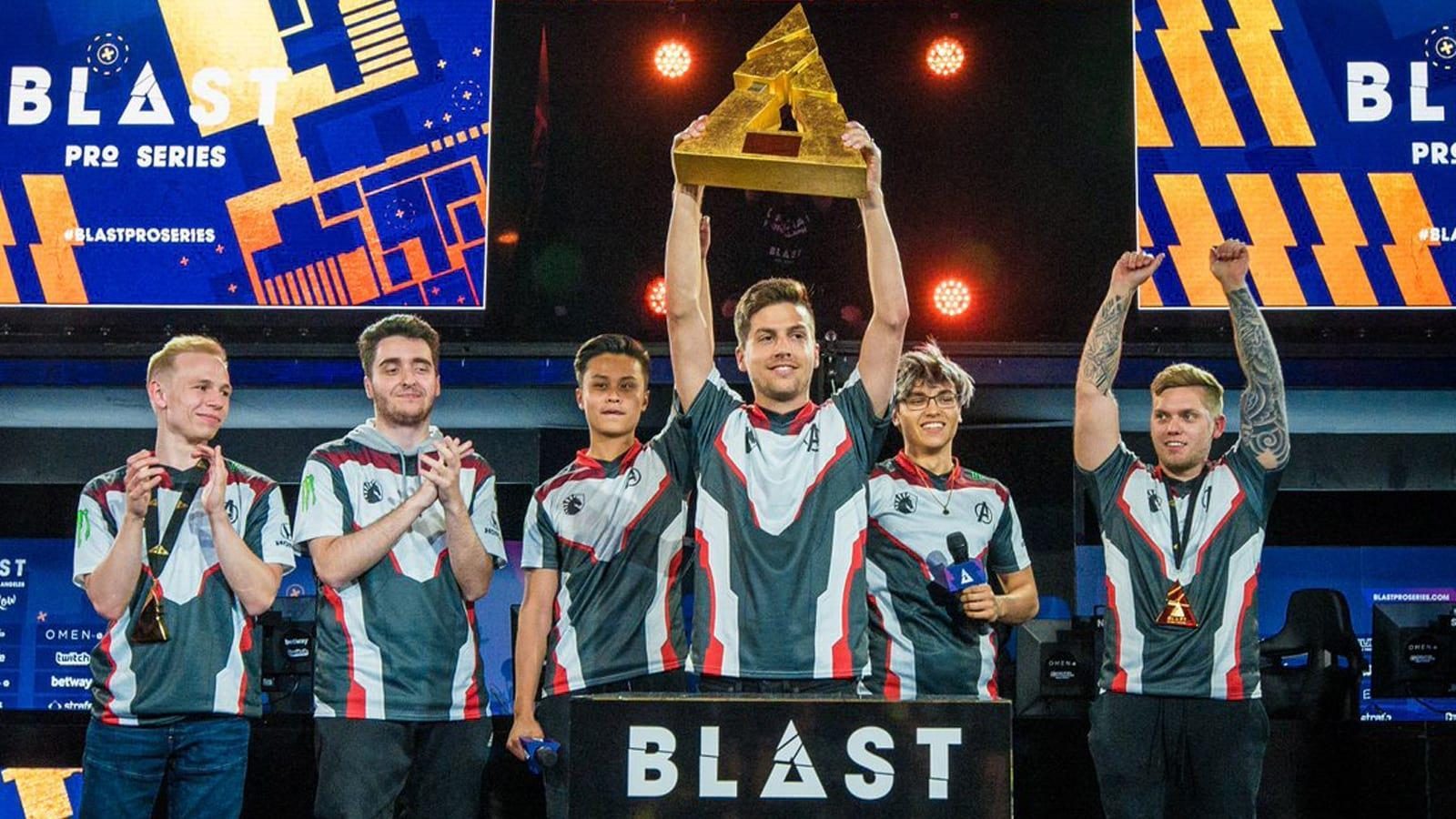 The case for Astralis

In terms of results, Astralis looks to be the frontrunner of the pack. They won the biggest event, the StarLadder Berlin Major. They then went to the finals of ESL One New York where EG beat them 3-1. In terms of individual form through 2019 and now, they are the most vulnerable.

The last time we saw peak Astralis was when they won IEM Katowice Major 2019. Since then, they’ve been a shadow of their former selves. They took a prolonged break that hurt their individual form. Nicolai “dev1ce” Reedtz and Emil “Magisk” Reif were close to their 2018 levels, but the rest had fallen off. Andreas “Xyp9x” Hojsleth had stopped winning every clutch possible (and to be fair, that was never sustainable to begin with), while Lukas “gla1ve” Rossander and Peter “dupreeh” Rasmussen hit slumps in 2019 which hurt the aggressive potential of Astralis.

This declining form coupled with their losses to ENCE at BLAST Madrid and FURIA at ECS Season 7 Finals lost them any psychological advantage they could have leveraged against opponents. By the time the player break started, there was no reason to believe that Astralis was ever going to regain their former level.

In a sense, that is true as Astralis spent the player-break revamping themselves. They gave up on Nuke and moved to maps like Vertigo, Overpass, and Train. Overpass and Train in particular were trouble maps for the team during their 2018 era, but they’ve revamped both of them as maps to resurrect Astralis. The plan worked at the StarLadder Berlin Major as they ambushed Liquid with a Vertigo pick and used incredible tactics to break Liquid’s Overpass.

They then beat NRG (now EG) on Train and Overpass in the semifinals to secure the Major. They then followed it up with ESL One New York. That tournament alongside the group stages of StarLadder Berlin Major has exposed flaws in the idea that Astralis are back.

Among the three teams in this race, Astralis look the most lackluster in the group stages. This is particularly dangerous as there are multiple teams rising up in the scene now and if they don’t play at a higher consistent level, they can get upset. At StarLadder Berlin Major they lost to NRG and had a close series to CR4ZY. At New York, they lost to EG. 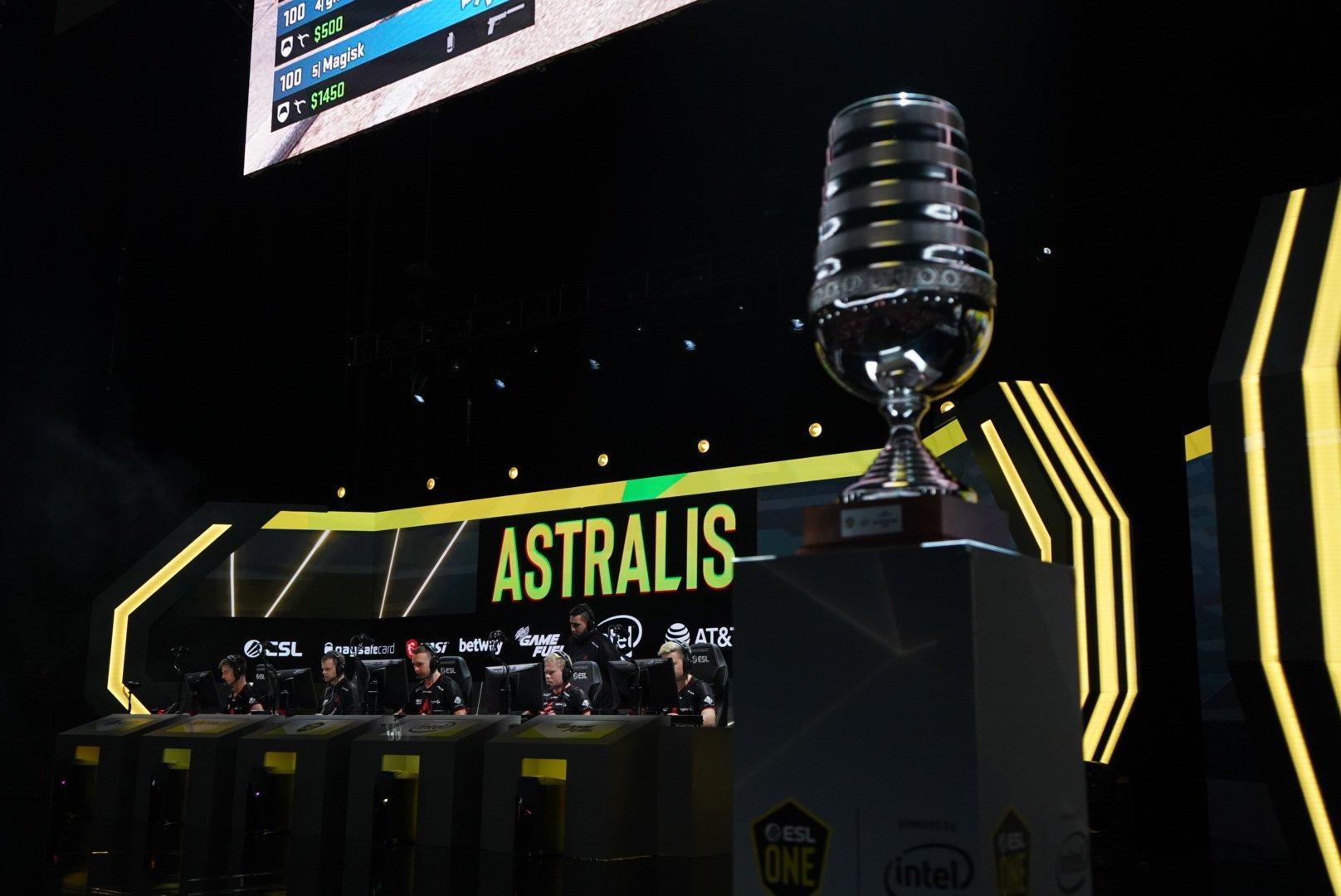 Astralis lost to Evil Geniuses in the Grand Final of ESL One New York.

Another potential flaw is the inconsistent firepower. This has been a consistent theme throughout Astralis’ 2019 and at ESL New York, both dev1ce and Magisk had a hard time in the playoffs and finals. Both players were key factors in their victory at StarLadder Berlin Major. With neither star playing close to their potential, EG was able to overrun Astralis in the finals.

Another problem for Astralis is their map pool. EG have beaten Astralis twice on Inferno. When Astralis played Liquid in the semifinals of ESL New York, Astralis banned inferno in the second map rotation.

These are indicators that Astralis have lost their home map of Inferno. Inferno was their most consistent winning factor through 2019 and this means that they have to find new answers in the coming months for where their team wants to go.

Another problem for Astralis is the EG matchup. EG have no fear of Astralis as they’ve beaten them multiples times before. When Damian “daps” Steele was in the lineup they beat Astralis at the EPL 9 Finals. Once Peter “stanislaw” Jarguz joined, EG have beaten Astralis in three of their last four encoutners. Their only loss being the Major playoffs, which is a stage that cannot be replicated outside of the Majors.

While Astralis have a good matchup against Liquid, they seem to have a bad one against EG. While they can still be competitive, it will depend on their firepower and right now EG’s firepower is far more explosive and consistent than Astralis’. 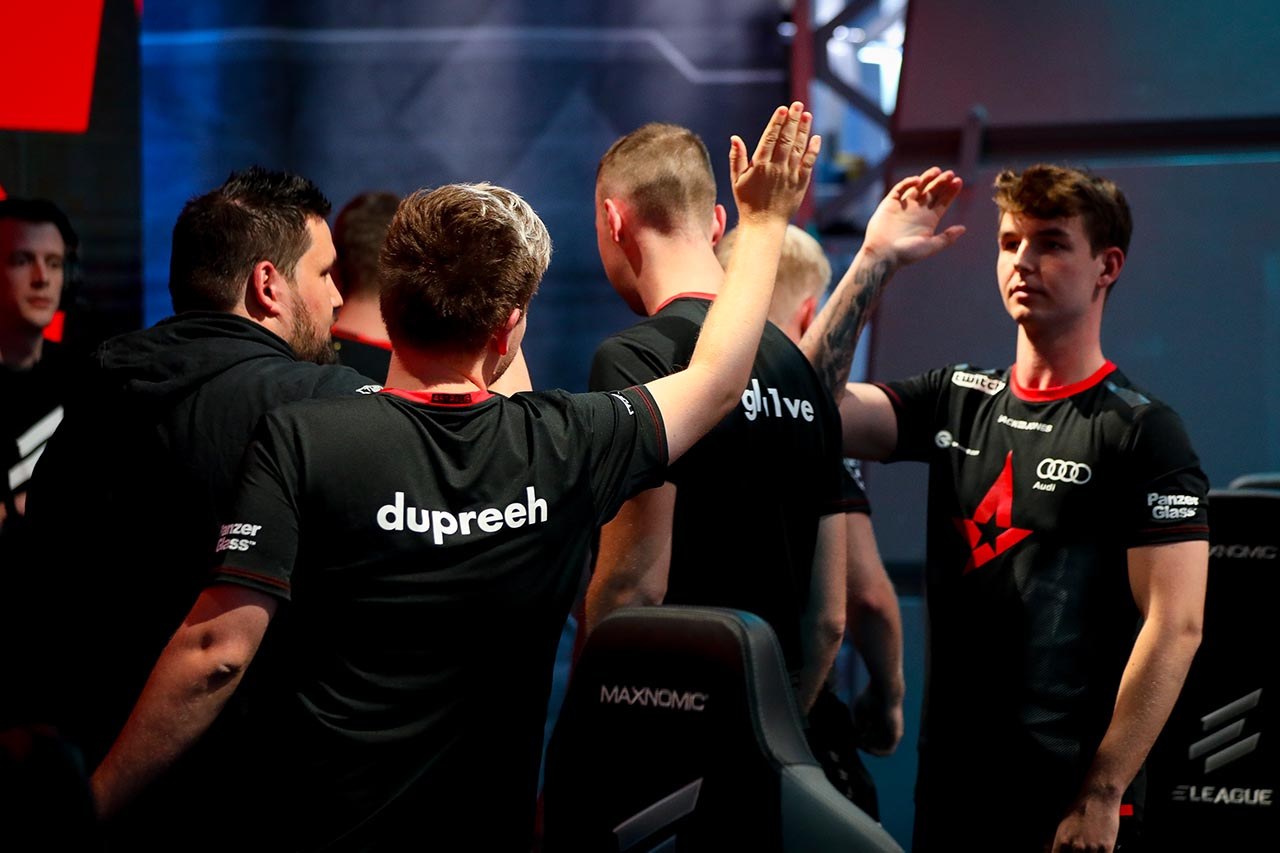 This Astralis team will go down as one of the greatest in CSGO esports history.

The case for EG

If we’re looking at raw form and the eye test, EG look to be the best team in the world. Their firepower is comparable to Liquid. Vincent “Brehze” Cayonte is a top four player in the world. Cvetelin “CeRq” Dimitrov is a top five AWPer in the world with a wild aggressive style that works in this system. Ethan “Ethan” Arnold has a high mechanical ceiling and can be a third star for the team. Tarik “tarik” Celik was once a star himself and is good at creating space and impact for the team. Peter “stanislaw” Jarguz is one of the best individually skilled leaders in the world.

What’s interesting about EG is how different they are compared to where they were pre-player break. Before the break, they were largely similar to the daps-NRG lineup. However during the break, something changed. Stanislaw started to implement his system and this created altered the team.

In terms of individual skill, CeRq went from a potential liability to a superstar. Before the player break, he was one of the big reasons why NRG was failing at the big moments as he didn’t put up the big superstar numbers in high pressure moments. Under stanislaw, CeRq seems to be hitting every shot he wants and his aggression is currently catching other teams by surprise. Brehze was already close to a top 5 level, but that has enhanced due to the collective team getting better. The biggest change was stanislaw himself as he’s regained the form we saw brief glimpses of in the compLexity Major runs.

This incredible form works perfectly with stanislaw’s calling style as he likes to oscillate between complex set pieces and loose aggressive rounds. This combined with his mid-round calls and changes of pace make him a hard leader to predict. Even more so as EG have a 7 map pool and are currently pick and ban based on who they play rather than any personal preference of comfort.

There are only two things stopping me from saying EG is the out-and-out favorite in the race. The first is that we haven’t seen this EG play against Liquid yet, so we don’t know how that dynamic works. The other thing to consider is that EG is in their honeymoon phase right now. No team has a good grasp on how EG like to play and his inclusion has changed so much that the old data teams had on the daps-NRG lineup isn’t that helpful. 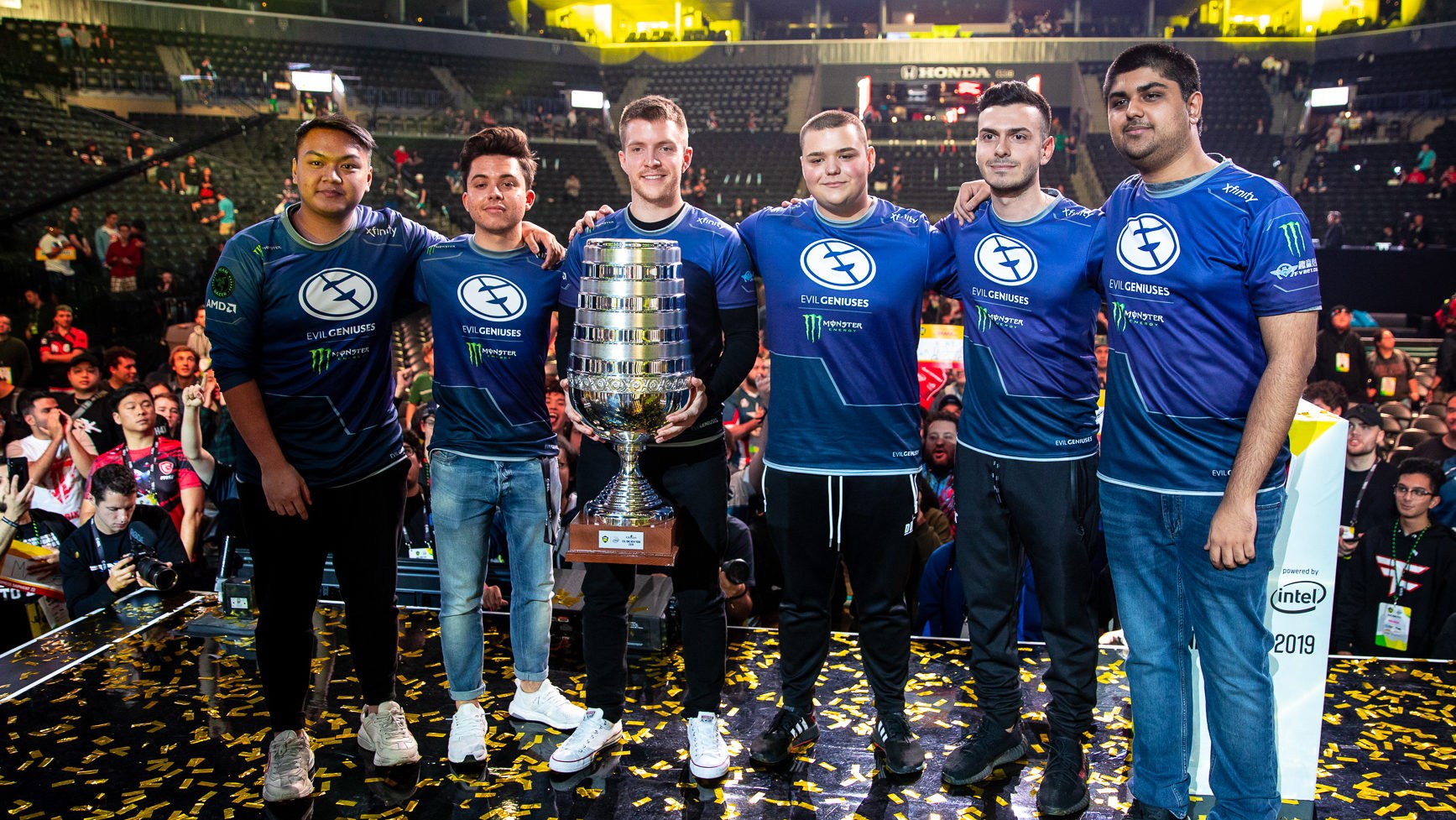 All to play for

All three teams have something to play for. Liquid’s run in 2019 is one of the test cases of what the community considers an era. It is still up in the air as to how the general consensus will side on that one. Liquid themselves want to establish that era and put their names alongside the greats like NiP, SK, Fnatic, and Astralis. Astralis want to spite Liquid and prove to the world that they can regain the number one slot. As for NRG, they must recognize the fact that this is their moment to take it all. Brehze, CeRq, and Ethan have always had the skill to compete with the best, but now this is their time. Both tarik and stanislaw are hungry to get back to the top and prove that they can be the best in the world.

It is a three way race for the top and what is even more exciting is that there is still more to come. Mouz could continue to develop and be a danger to these teams. Vitality and Na`Vi have made roster changes to bolster their lineups and both feature two of the best players in the world:  Mathieu “ZywOo” Herbaut and Oleksandr “s1mple” Kostyliev. With this many top tier teams in contention, it will be more difficult than ever in becoming the king of counter-strike. However the greater the difficulty, the greater the prize. Should a team conquer this period in dominant fashion, they will be hailed as one of the greats, just as Fnatic were back in 2015. The game is on.