During the Closed European qualifier for the upcoming IEM Katowice 2020 event, FaZe Clan’s Counter-Strike team found themselves on the wrong end of a glitch that nearly brought about a disaster for the talented roster.

It’s tricky to win any objective-based game when the thing pivotal to your objective becomes impossible to reach. What makes it annoying – and potentially tilting – is when it happens in the final round of an important competitive match.

With the holiday break over, numerous CS:GO teams are already making the long journey towards the next big competitive tournament – but no team expects to have this kind of mishap occur during their run. 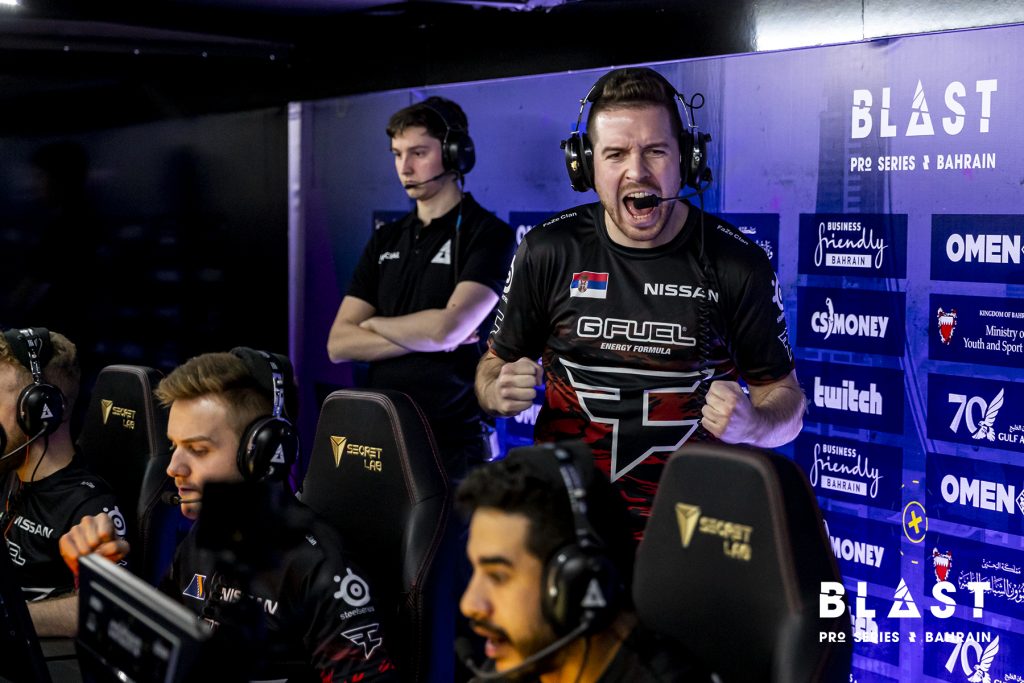 FaZe at the BLAST Global Final 2019

FaZe Clan were facing ARCY in the first round of the IEM Katowice closed European qualifier. ARCY is a Polish squad, featuring two players from the legendary Virtus.Pro roster that dominated CSGO for half a decade in Wiktor “TaZ” Wojtas and Filip “NEO” Kubski.

In the first map of their series, FaZe were just barely holding onto a 15-14 lead going into the 30th and final round on Nuke, when a hilarious nd  unplanned-for disaster struck the talented international roster.

The online qualifier match was being hosted by commentator Mitch ‘MitchManCasting’ McBride, whose observer quickly panned the camera over to where the outline of the bomb could clearly be spotted under the concrete near T spawn.

In years past, this has happened in competitive events where the bomb is stuck or glitched into a place it can’t be retrieved, and players were forced to play through the consequences. Thankfully, in these modern times, rounds can be reset so that everyone has the same money and equipment as before.

The server used a program called MatchMedic to do exactly that, and in the actual 30th round, a beautiful triple kill from Olof ‘olofmeister’ Kajbjer Gustafsson confirmed the FaZe victory. FaZe had come back from a 14-9 deficit and overcome a frustrating glitch to take their first map against ARCY.

They would also take their second map on Dust2 to move on in the tournament, where will they will face Finnish squad ENCE.

FaZe, along with other talented European teams like G2 Esports and ENCE, don’t have an ESL Pro Tour win or a direct invite to IEM Katowice, meaning they have to compete through closed qualifiers. Eight teams are competing in the European qualifier with three spots at Katowice available, meaning FaZe have two chances to win just one more series to make it to Poland.