The new Fortnite Creative mode has only been available for a few days, but players have wasted no time creating their favorite and most iconic maps from other games – and this remake of Dust2 from Counter-Strike is the best yet.

Fortnite Creative is the third mode now available in Fortnite, following Save the World and the ever-popular battle royale mode, and it gives players more freedom than ever.

With their own private island, unlimited resources, prefabs and just about anything else you could wish for, players can create almost anything in their imagination, and then invite friends to join in too. 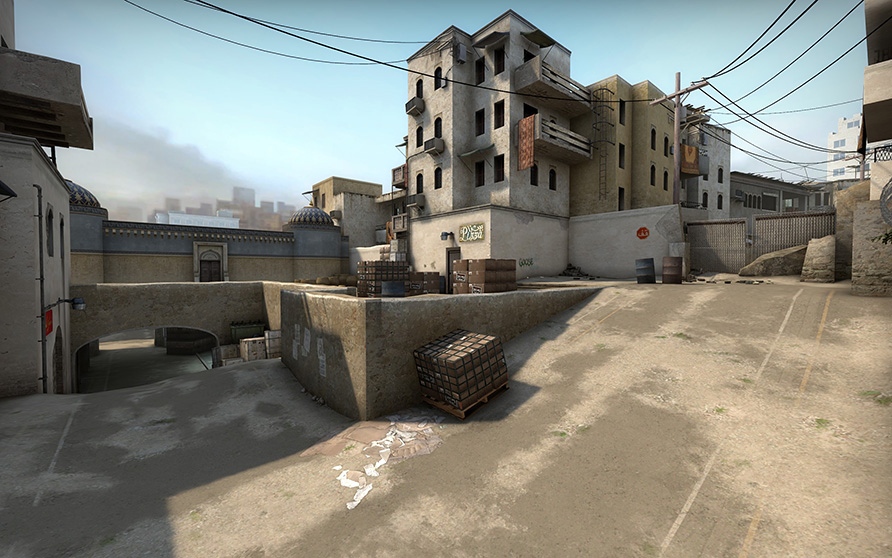 First launched on December 6, alongside the massive v7.00 update and the start of Season 7, players quickly got to work making iconic maps.

We’ve seen plenty recreations of the iconic CoD map ‘Nuketown’, and even some Pokemon remakes, but this recreation of Dust2 is perhaps the most complex, yet expertly done, remakes we’ve seen.

Perhaps even more impressive is that the creator, u/VariousPurple claims they made the map in only seven hours – and considering the level of detail, it’s a remarkable feat.

I built Dust II from CS:GO alone in creative mode and it only took me 7 hours from r/FortniteCreative

Of course, some of the proportions are slightly askew, but this is mainly due to the grid-like nature of Fortnite Creative, making it difficult to get scale accurate.

Dust2 has been part of CS since 2001,  as far back as Counter-Strike 1.1, and remains a popular map played in CS:GO to this day, recently replacing Cobblestone in competitive rotation.

Fortnite players will now be hoping that they can play some bomb defusal custom games on some of these classic CS:GO and CoD maps.

Epic Games recently added the “block” competition, where the best Fortnite Creative creations will be placed into the full Fortnite map for everyone to play, although they will possibly avoid these recreations of other game’s maps.

However, Dust2 has been remade by fans in other titles such as Far Cry’s Arcade, and in Minecraft, and was made playable publicly in those games.

Meanwhile, CS:GO recently added its own battle royale mode, inspired by the popularity of Fortnite, PUBG and Blackout.