Cosplayer ‘whiteeefox’ is still keeping the Christmas spirit going with an amazing take on the festive League of Legends Ambitious Elf Jinx skin.

League of Legends is one of the most popular games in the world and features a wide range of unique characters. Just about everyone that plays the game has a favorite Champion, and many of those players choose to incorporate them in their cosplays.

These Champions all also have their own skins, transforming them into different outfits, which vary depending on just about anything. Some are based on seasons and holidays, others on game events, foods, history – if you can think of a topic, there’s probably a skin based on it. 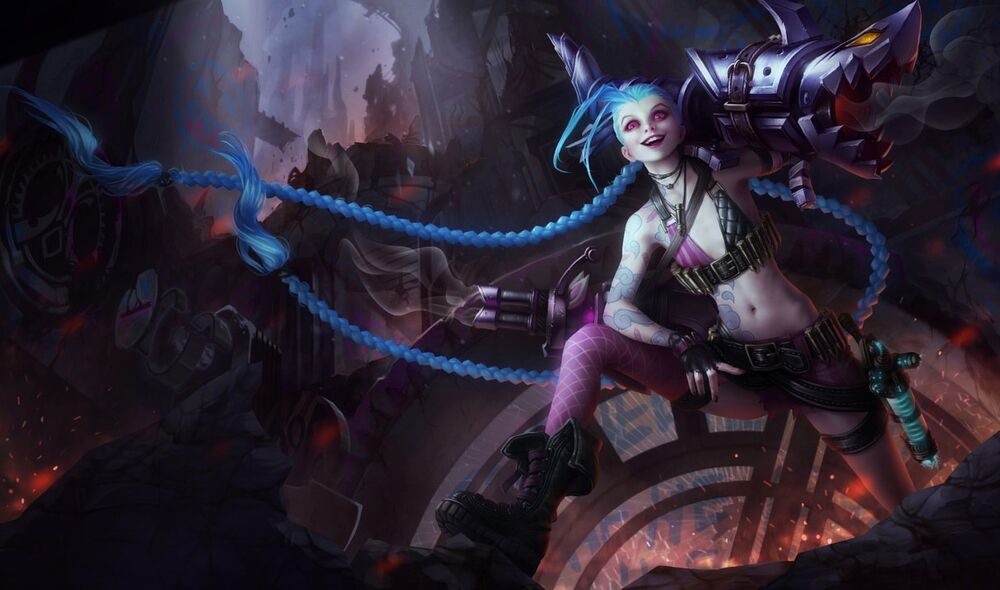 Jinx is known as the “loose cannon” of League of Legends.

One of the most popular collections of skins is the Christmas range, where champions dress up as a wide variety of things from the festive season. Cosplayer whiteefox chose to become the Christmas version of Jinx, keeping the spirit alive just a few days after the holiday.

Dubbed as Ambitious Elf Jinx, the mischievous AD-carry becomes an elf in a workshop and the Polish cosplayer managed to pull it off incredibly well. The outfit is an extremely close replica, with the iconic Santa outfit and green and red leggings showing off all the festive colors.

She also features Jinx’s iconic rocket launcher, which is amusingly disguised as a purple present with teeth. Of course, it wouldn’t be the Elf Jinx skin without the toy train firing icicles – a background piece that is often missed out.

The outfit certainly captures the spirit of Christmas and the cosplayer is mirroring the champion’s joyful and careless attitude. However, it could be slightly improved, as the dress bow isn’t quite as grand as Jinx’s and the pattern on the leggings isn’t quite perfect.

Although, it is still a very impressive cosplay in its own right, and definitely captures the spirit of Christmas.