Cosplayer ‘Robot Giggles’ wowed Apex Legends fans with her phenomenal take on the Quarantine 722 Wraith skin, proving once again that cosplayers are some of the most creative people on the planet.

Wraith’s Quarantine 722 skin is a Legendary item, and costs 1,200 Crafting Metals or 1,800 Apex Coins to obtain, making it one of the most expensive cosmetic items in Apex Legends.

Robot Giggles posted photos of the amazing outfit to her Twitter page, where fans were stunned at how accurate it is to the skin in the game. 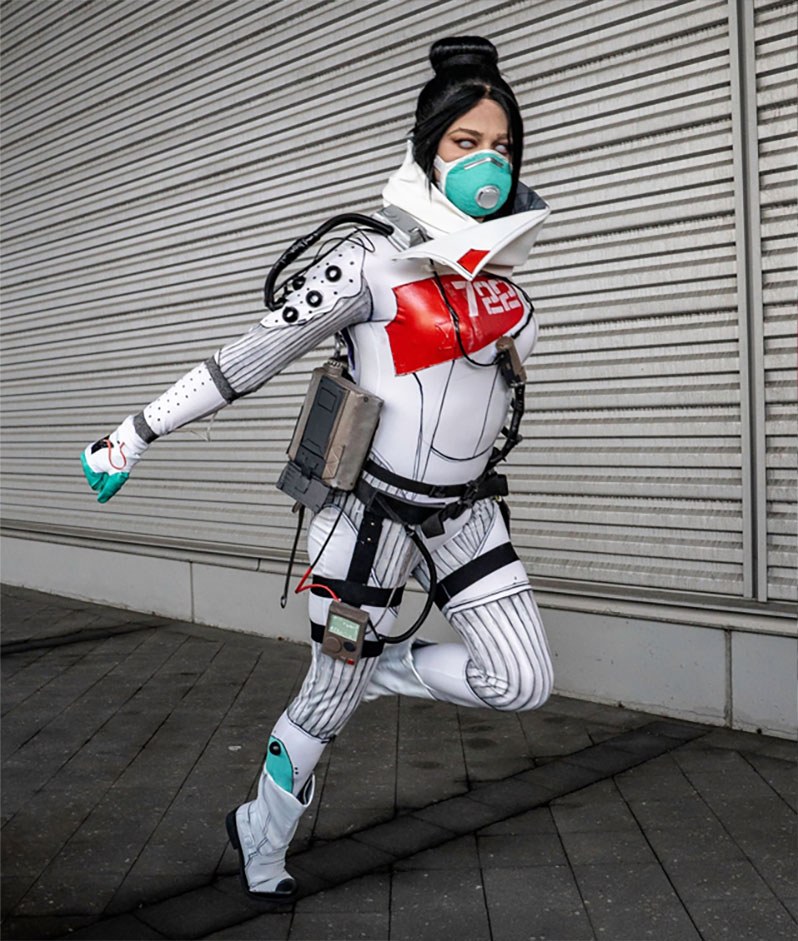 Robot Giggles did a fantastic job with her Quarantine 722 Wraith cosplay.
[ad name=”article2″]

“This is so amazingly good,” one person tweeted adoringly. “Shut the actual Apex Legends up. Holy Batman banana pants I legit can’t even. Seriously you are a [freaking] boss lady,” exclaimed another fan enthusiastically.

The official Apex Legends Twitter account even had their say on the cosplay, stating, “Incredible work!” with a clapping emoji, to which Robot Giggles herself replied, “Aw thanks, Apex! You’ve made an inspiring game. Can’t wait to see what other skins you release for me to cosplay.”

“Be honest, you knew this would end here.” – @PlayApex pic.twitter.com/MnDfRzFTHn

The next Battle Pass brings some major changes to the game, such as reduced level-up times, three new content categories, and daily and weekly challenges.

The event is expected to go live sometime next week, with many hoping for a June 4 release.