A Fallout cosplayer had an incredible approach to the pin-up Nuka Cola mascot of Nuka Girl with an outfit that is bound to impress fans of the post-apocalyptic Bethesda game.

Reddit user Sassy_Nickel took to the site’s Cosplay board to share her take on Nuka Girl for the world to see and combined with the impressive photoshoot, she looks like she is ripped right from the game.

The whole outfit is very true to the Nuka Girl mascot found in Fallout as she appears in ads for the soft drink. With knee-high boots, gloves, a pin-up themed space suit and jetpack, Sassy_Nickel did a fantastic job at mimicking the character.

Perhaps most impressive was the addition of the “Thirst Zapper” – a water gun in the shape of a Nuka Cola bottle. The weapon can be found in Fallout 4 and is perfectly redesigned as a prop as part of the cosplay.

In the comments section, Sassy_Nickel revealed that the whole cosplay was entirely homemade. “This was my first time trying something with so many props/accessories. Now I’m excited for the next challenge,” she wrote and added a grinning emoji.

She further provided more details writing, “The jetpack straps are made from cut up baseball umpire belts to match the gunbelt.”

[Self] Nuka Girl Cosplay from cosplay

Additionally, the cosplayer claimed that “the bubble helmet is an acrylic street light globe with the neck cut off” and “the shirt, pants and gloves are thrift shop items that I chopped up and repurposed.”

For the boots, however, she admitted that she bought a decent pair on Amazon because walking around a convention for hours would be painful if they weren’t comfortable.

In the Fallout universe, Nuka Cola was the most popular drink in America. Following The Great War, Nuka Cola bottlecaps became the currency of the land. Promotional posters featuring Nuka Girl can be found all over the game. 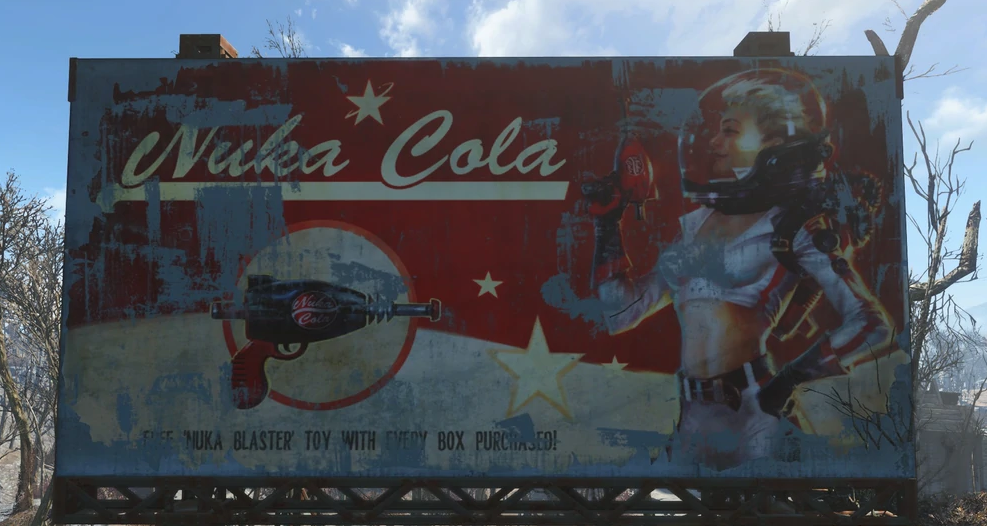 Sassy_Nickel’s photoshoot, done by Harlow Pinup Chicago, tries to take one of those posters and bring it to life with startling accuracy.

It will be fun to see what the cosplayer can whip up next time, especially given the attention to detail she put into Nuka Girl.