Cosplayer Kenzie brought one of Dragonropa 2’s most popular characters to life with a perfect version of the “Ultimate Nurse” Mikan Tsumiki.

Fans of visual novels will be all-too-familiar with the Danganropa franchise, which kicked off in 2010 with Trigger Happy Havoc. Since then, two more visual novels and a full-blown anime series have followed, shining new light on the stories and characters produced initially by Yoshinori Terasawa.

The series, which focuses on students from Hope’s Peak Academy, where those who are top of their field take part in strange and dark situations that task them with killing a classmate, and getting away with it. In Danganropa 2: Goodbye Despair, Mikan Tsumiki is one of those students, and Kenzie has created the perfect cosplay to bring the character to life. 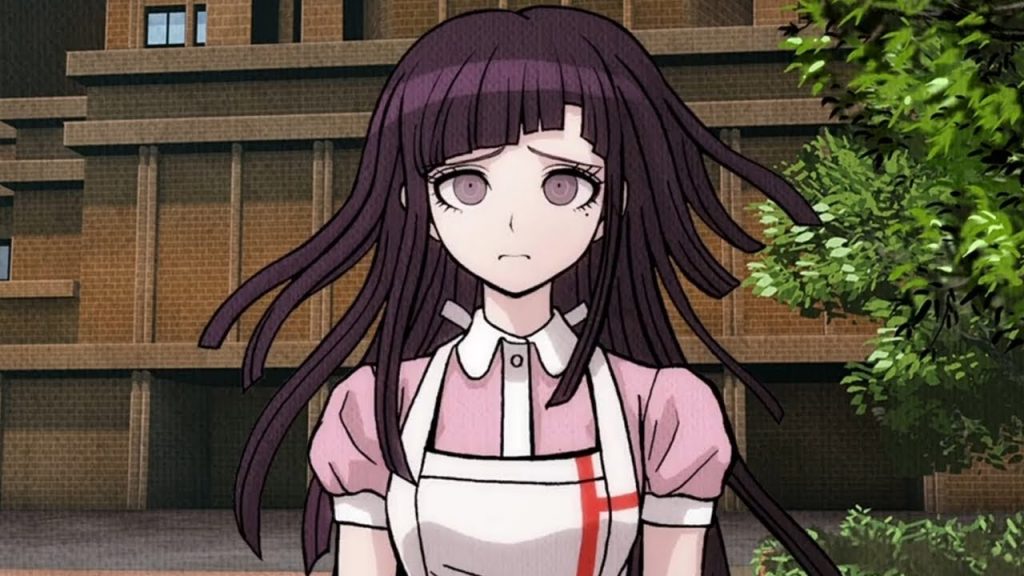 Tsumiki is a student at Hope’s Peak Academy.

In the second visual novel, Tsumiki finds herself stranded on the island of Jabberwock, but while many were scared and eager to escape, her talent as a nurse made her valuable and eventually led her classmates to acknowledge her in a way that they hadn’t done before.

Unsurprisingly then, a nurse outfit makes up the majority of Mikan’s appearance, and Kenzie has managed to create a look that is practically perfect in every way, wearing the same white apron that the character wears while on Jabberwock.

Kenzie even has her purple hair chopped into crooked bangs exactly like Mikan, and the bandages wrapped around her right arm match perfectly with the character’s look in Goodbye Despair.

Kenzie has a ton of Danganropa cosplays on her Instagram account, including Peko Pekoyama, Maki Harukawa, and she has even branched out into video games with looks like Joker from Persona 5.

This Mikan Tsumiki cosplay is undoubtedly one of the best we’ve seen and is sure to delight any fans of Spike Chunsoft’s Danganronpa franchise.