Modeling to McLarens: Behind the wheel with Lindsay Brewer - Dexerto
Cars

Modeling to McLarens: Behind the wheel with Lindsay Brewer

Will Collette is an automotive YouTuber, photographer, and influencer manager. He works with many of the biggest names of the motoring scene, including the likes of Stradman, DDE, Life Of Palos, and many more. Each week, he’ll take you behind the scenes of the shoots of some of the biggest automotive influencers.

We begin with Lindsay Brewer, the model and racing driver, who has recently been sharing her passion for cars more regularly with her 1.2m followers on Instagram.

I met Lindsay when walking around Sunset GT, one of LA’s finest car meets. Sponsored by O’Gara Coach, it’s known for showcasing some of the world’s rarest vehicles and you can expect to spot everything from the record breaking Koenigsegg to a one-off Pagani.

We were both checking out a Chiron at the top of a Beverly Hills parking lot when we met. I recognized her as I was already following her on Instagram and was aware of her fashion and lifestyle shoots. However, after chatting for a few minutes, I found out that she had a real passion for all things automotive. 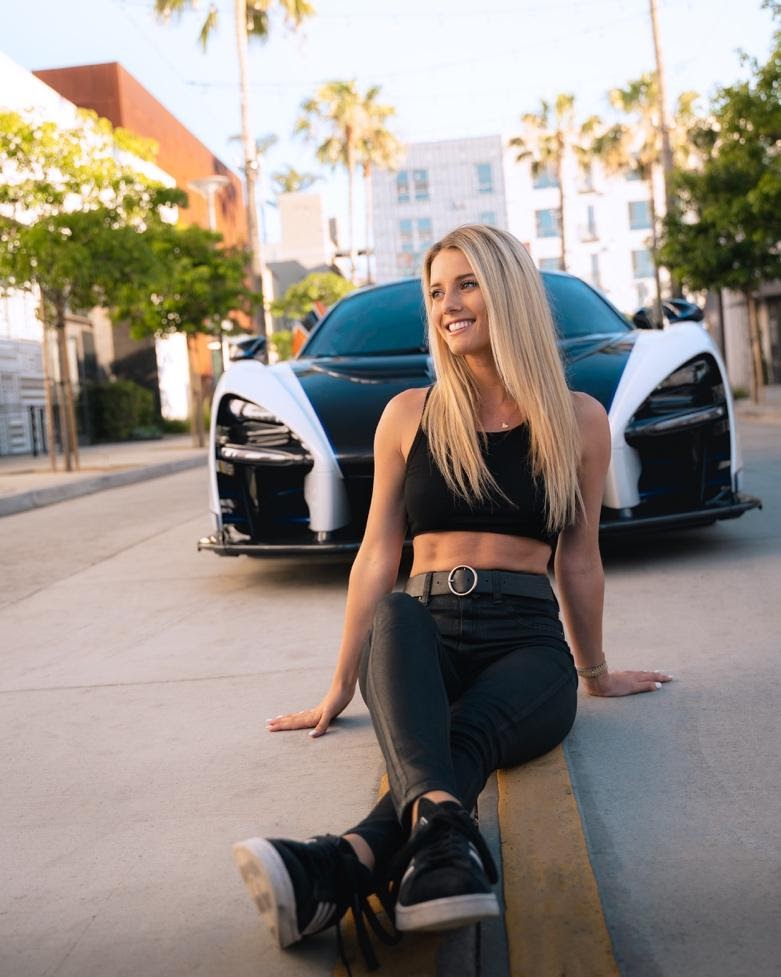 “I love these types of events, but I don’t know how I can share all this with my followers,” explained Lindsay.

She already had a proven background in automotive racing, but she just wanted to showcase it with her fanbase. A year later, as her new manager, I am helping her do just that.

“I’ve been karting ever since I was a kid,” she says. “My dad always had me around cars. This isn’t something new, everyone is just seeing it for the first time.” 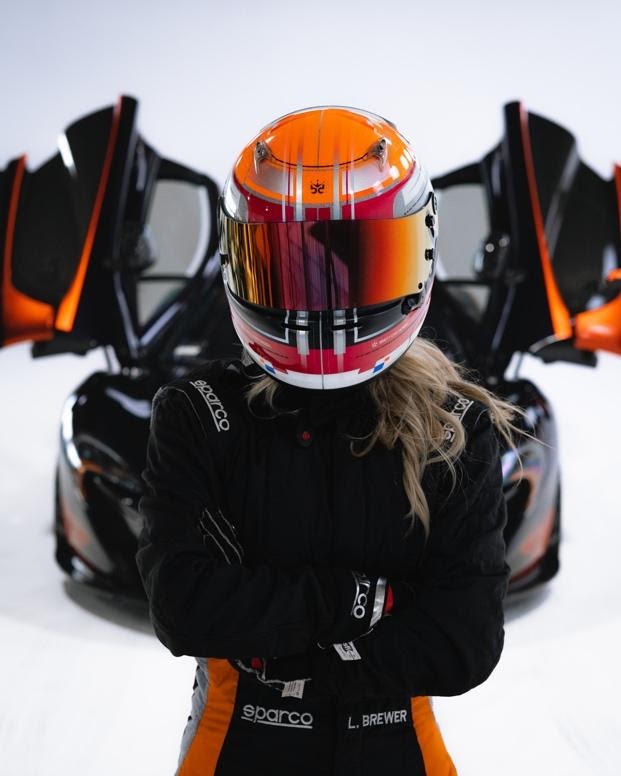 Lindsay had tired of holding back her true passion – kicking ass on the race track. She is currently training for GT4 for McLaren, and you can find her turning and burning behind the wheel of her Gintani tuned BMW on the streets of Los Angeles, or hitting the apex on tracks like Thermal Club.

Now, before you think she’s another Supercar Blondie, understand that she’s not. While Alex has grown an impressively large audience surrounding herself with the world’s rarest vehicles, Lindsay will be more of a track monster. Lindsay doesn’t claim to know all the fun facts car nerds like to rattle off at the meets, but she does hold a level of respect on the track.

I’ve personally been in the car while she’s driving, and I can say that she moves terrifyingly fast in the canyons. She’s familiar with everything her BMW can do, and god forbid she asks me to ride along when she upgrades to a faster ride. 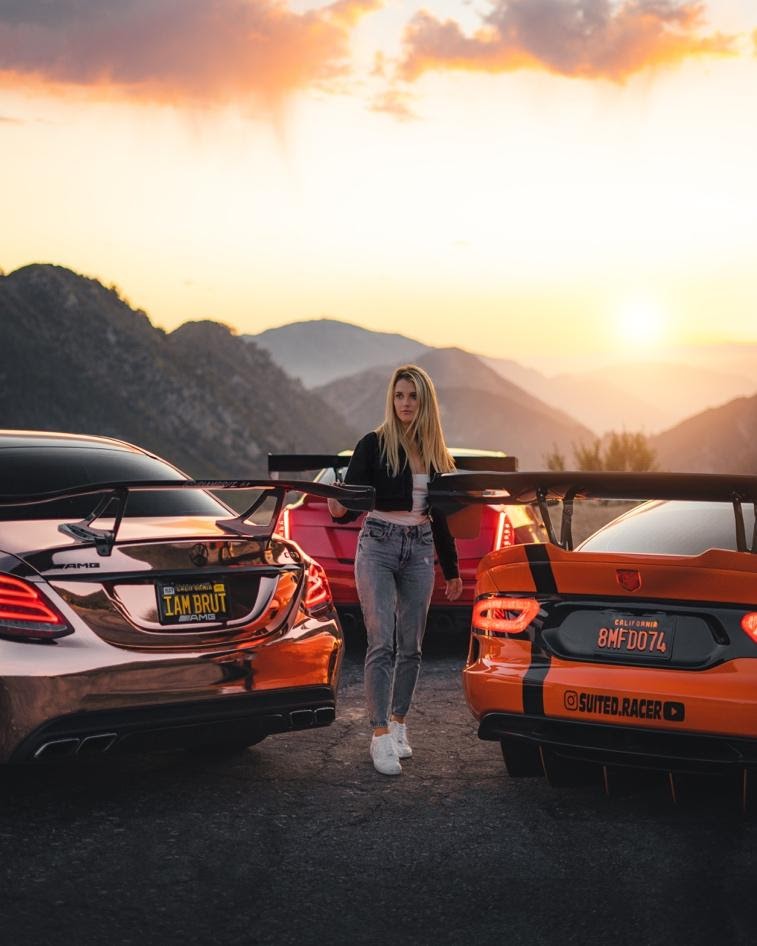 We recently took a cruise through Angeles Crest, a famous canyon run in LA, with some car friends. Lindsay let the tires skid as she went 90 on a hairpin, parked at the top of the mountain and checked her reflection to literally fix her hairpin. Also, in the rear-view mirror were the Lamborghini SVJ and the 2020 GT500 she absolutely left in the dust.

What can we expect from the LA based driver? Well, she’s dropped a few hints to this racing lifestyle in the past, but plans to go all in on the automotive lifestyle in these upcoming months.

If you love supercars, car meets, exclusive shows and racing, you can follow her on Instagram @lindsaymariebrewer and subscribe to Lindsay Brewer on YouTube. She’ll be doing more rallies near LA, car shoots and vlogs on her YouTube channel, and definitely some racing in the fall.