Long-time fans of OpTic Gaming will know first hand the damage Scump and FormaL can do on the same team; spearheading the success of the OpTic dynasty from the end of Advanced Warfare to Infinite Warfare. The pair formed a duo known as ‘T2P’, standing for ‘Time to Pound’.

A series of poor placements in WWII saw the team undergo an acrimonious split. While many thought that spelt the end of T2P, the pair reunited for the inaugural Call of Duty League Season, teaming up on H3CZ’ Chicago Huntsmen. However, it appears they’re teaming up for more than just Call of Duty. 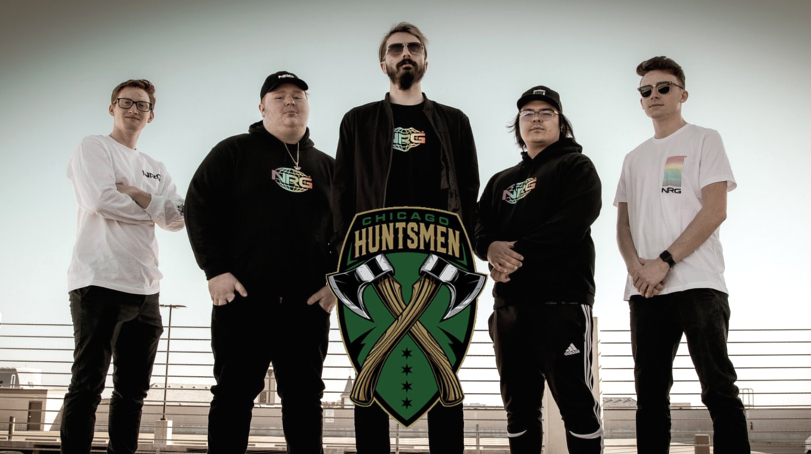 The Huntsmen’s starting roster is being touted as one of the CDL’s strongest.

On FormaL’s livestream on December 27, Scump and FormaL teamed up for a number of public matches, as well as Chicago Huntsmen scrims.

While the pair were chatting between games, Scump seemed to slip up and reveal that some new T2P merch will be available to fans before the year is out. “T2P merch is coming before the end of the year everybody,” Scump said nonchalantly. While the pair have discussed T2P merch previously, Scump’s slip up revealed it is coming very, very soon.

In reply, Scump can be heard laughing at his own comments, seemingly having broken an agreement to keep the launch under wraps.

“No…” Scump laughed. “Well, I guess it’s not anymore.” Luckily for the 24-year-old, FormaL doesn’t seem too bothered by the mistake.

The ex-Luminosity Gaming star then joked that it was similar to the time Matthew ‘Nadeshot’ Haag leaked the name of Chicago’s CoD franchise – prior to its official announcement.

Neither incident appeared to be taken too seriously, however, with the Huntsmen official reveal going ahead as originally planned, despite Nadeshot’s mistake.

Similarly, Scump’s slip up has simply brought the announcement forward a few days. Given the fact the merch’s release has been confirmed as coming in 2019, an announcement would likely have come in the next couple of days regardless.