In the golden age of social media, even Call of Duty League franchises are getting in on the hottest memes to roast their opponents – now, New York Subliners have made Dallas Empire their latest victim, with help from baby Yoda.

The evolution of the baby Yoda meme came from the release of The Mandalorian – a Disney+ exclusive series based in the Star Wars universe, set before the emergence of the First Order.

The series features an alien baby that many believe to be a younger Yoda, which the internet immediately fell in love with. It went on to become the basis of one of the funniest current meme formats in the following days, and now CDL franchise New York Subliners are using it to their advantage. 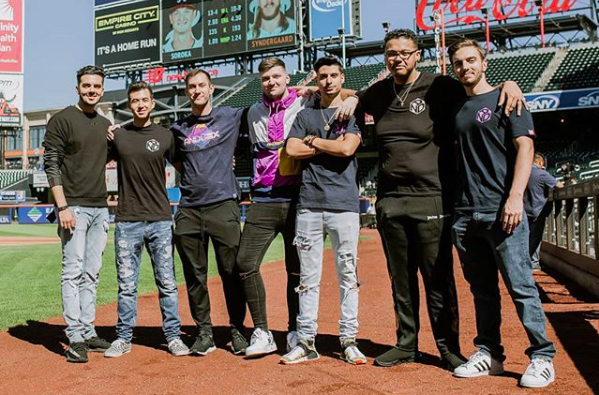 The New York Subliners are one of 12 teams involved in the opening season of the franchised Call of Duty League.

After the fallout of the situation between Dallas Empire and player/analyst Charlie ‘MuTeX’ Saouma, in which Mutex was kicked from the team due to inappropriate language used on-stream, many fans of Dallas and Call of Duty, in general, had a lot to say.

Now, though, CDL opponents New York Subliners have tweeted a short clip from The Mandalorian, in which a persistent baby Yoda keeps hitting a switch despite a guard’s attempts to stop him. They have overdubbed the switch hits with Mutex’s speech he made on stream after being kicked – with hilarious results.

“Message to Dallas Empire, I appreciate the opportunity,” starts the recording, before being ‘shut off’. “Because good f**king luck finding anyone better than me, genuinely.”

The tweet, captioned “Hastr0 be like”, immediately took off, with fans loving the drama that was unfolding, amassing hundreds of retweets and likes shortly after being posted.

One person, though, wasn’t a fan of the tweet and immediately bit back. Dallas’ James ‘Clayster’ Eubanks said, “First time being a social media manager?” After fans responded roasting him in return, he followed up with a simple “Guess it’s hilarious, carry on.”

He went on to explain that he didn’t think it was funny because “someone lost their job.”

Optic placing T24 at champs doesn’t equate to a franchised team making fun of someone who lost their job.

Based on the overall reaction to the tweet, it seems that Clay isn’t joined by many in thinking that it wasn’t a funny tweet.

Whether you think it’s funny, unprofessional or otherwise, it’s clear that things are starting to heat up and these teams must be itching to get at each other on the battlefield when the first event of the year arrives in Minnesota on January 24-26.