100 Thieves CEO and former Call of Duty star Matt ‘Nadeshot’ Haag let the ultimate payback against a Warzone hacker slip through his fingers, leaving him speechless at the failed attempt.

The squad made up of Nadeshot, Tyler ‘Trainwreckstv’ Niknam, Jordan ‘HusKerrs’ Thomas, and Dennis ‘Cloakzy’ Lepore found the sketchy player just before they were taking off to their next point of interest.

It was up to Nade, however, to confirm that the player was indeed a hacker after getting immediately deleted while pushing up to their location. But it was coming back onto the map in the aftermath of his Gulag victory where things got really awkward.

“Is that the hacker that killed you guys?” he asked while parachuting down back to the map. With the aerial drop, the 100T founder had a chance to sneak up behind the cheater for a bit of revenge.

Landing on a rooftop behind the player, he had a great line-of-sight to at least get some damage off with his pistol, but it probably wouldn’t have been enough to secure the kill against a player who was clearly using an aimbot. 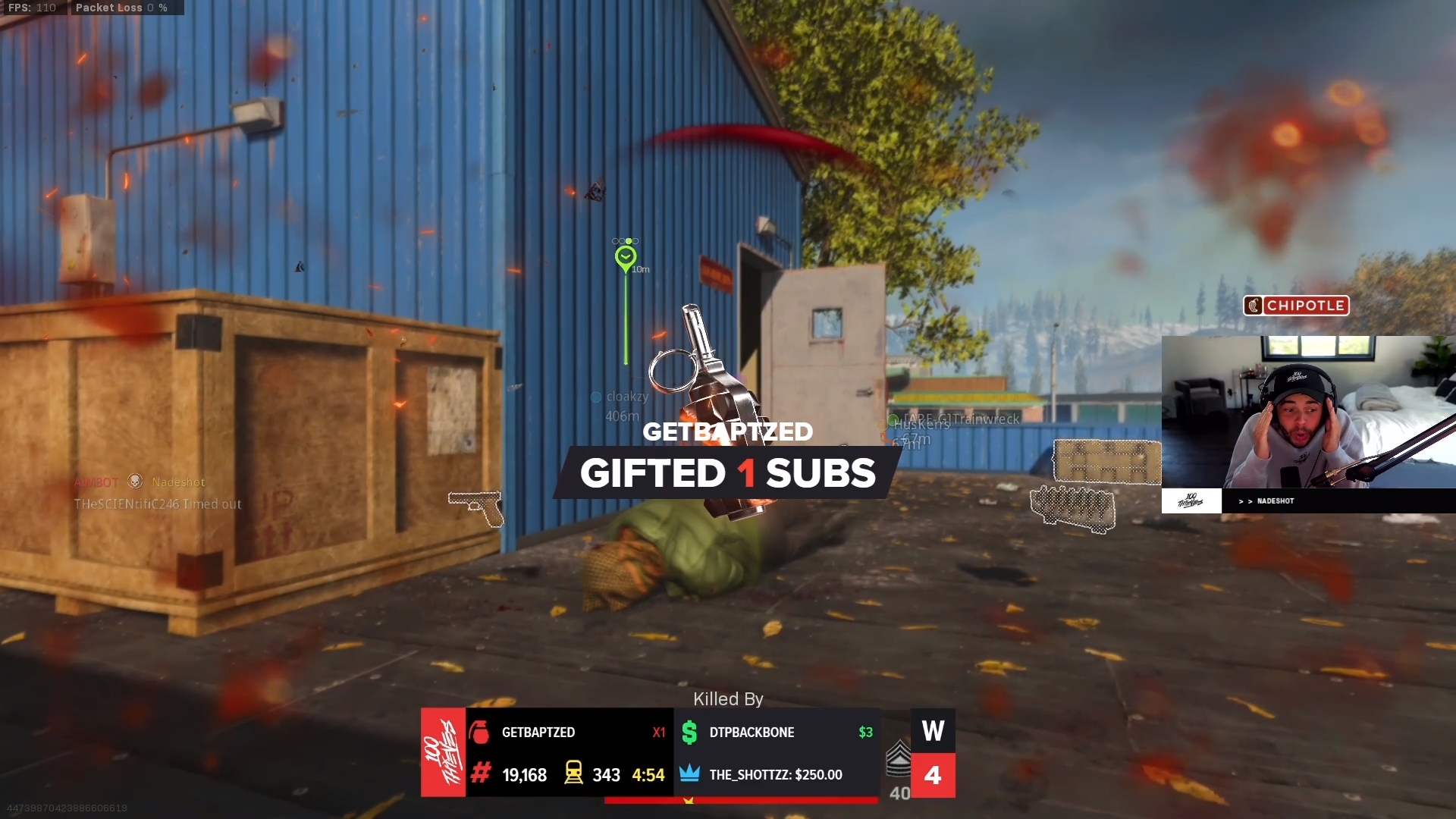 Knowing that his only real chance was to sneak up behind and use an Execution finishing move, the former Call of Duty pro instead elected to rush the opponent’s blindside while their attention was squarely focused on the rest of the squad.

Unfortunately, the cheats were just too fast and strong from him to handle, as Nade was mere feet away from his target when he caught their attention and gunned him down in an instant.

Already crushed that the play had gone terribly wrong, the kill-cam of the other player’s POV was absolutely gut-wrenching to relive.

That would be the second time in two games that Nadeshot and his friends have run into a cheater in Warzone, and probably the umpteenth time it’s happened since the game released back in March.

Infinity Ward has been trying to crack down on the wave of cheaters in their battle royale. The company implemented two-step SMS authentication for new PC users and while there was an outcry of grief from cheating CoD players due to the security features, there’s still a strong presence of hackers in the game.

The devs are still looking for ways to amend this persistent problem and a fix for the issue can’t come soon enough to prevent clips like Nadeshot’s from happening.