New personalized unlocks could be coming to Modern Warfare in the near future after fans requested an old feature make a return to the Infinity Ward title.

Since the launch of Season One on December 3, the avid Modern Warfare player-base has been treated to a number of new cosmetic and vanity items. From purchasable operator skins to unlockable weapon camouflages and more, Infinity Ward has drip-fed personalized content over the past few weeks.

However, dedicated players have been clamoring for one particular feature to make a return after years of being absent in the franchise. Following one particular Reddit post that gained traction, developers responded and shed light on the potential for Weapon Mastery Cards to be implemented in the future. 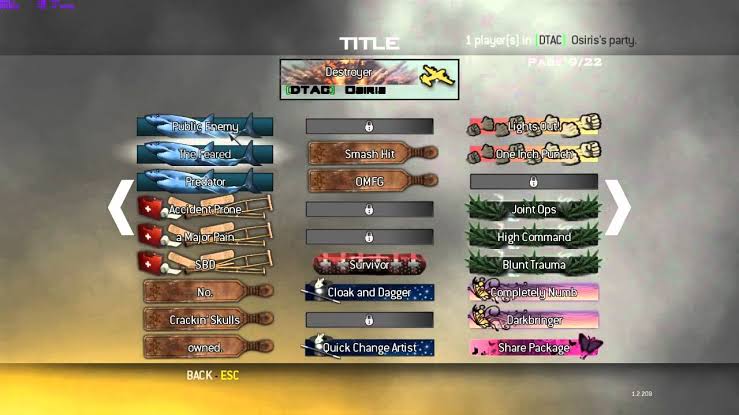 Modern Warfare 2 featured some of the most iconic Calling Cards in Call of Duty history.

Calling Cards allow players to customize their profile and highlight various accomplishments in Modern Warfare. Throughout the history of the series, certain challenges have stood above others and proven to be the rarest of unlocks.

A good portion of Calling Cards today however, are purchased through a number of downloadable content packs, eliminating the chance for unique challenges to accompany the fresh additions.

Highlighting the lack of Mastery-tier Calling Cards in the latest iteration, the community has called for the feature’s return. Serving as the ultimate test for specific weapon types, equipment, and killstreaks alike, these particular unlocks stood out from the noise with skulls sat at the edges of a golden streak.

After a January 7 Reddit post gained traction, Infinity Ward responded to the requests and hinted that the return of such elite personalization might not be too far off in Modern Warfare.

“Looking into this,” Infinity Ward artist Joel ‘artpeasant’ Emslie initially responded to the thread before divulging more information. Indicating that it’s an aspect the developers themselves want to revitalize for the latest release.

“In visual development now,” he then followed up a week later on January 13, clraifying his earlier comments and confirming that Weapon Mastery Calling Cards will indeed be making a return in the near future.

The next step in development is “art production. Then hooked up and scripted. Then testing. Certified. Then pushed out in a near-future update,” Emslie outlined.

Comment from discussion One wish is that Weapon Mastery Calling cards would be added to Modern Warfare.

With a lot of work yet to be done, he addressed that while there’s “no ETA” at this point in time, developers at Infinity Ward are indeed making progress and “working on them now.”

Perhaps development on these new Calling Cards might be wrapped up in time for Season Two. There’s no telling quite when Modern Warfare will rollover into the next cycle of content, but with a majority of maps and modes now available, we’re edging closer to the second major content drop.