While the hype is building for Call of Duty’s next battle royale, one leaker has revealed the supposed full map for Modern Warfare’s Warzone.

Following on from Treyarch’s success with Blackout, plenty of Call of Duty fans have been wondering when to expect Infinity Ward’s venture into the battle royale realm.

Ever since Modern Warfare’s menu was overhauled, the fuss in what many are dubbing ‘Warzone’ has snowballed.

With no official date in sight for the battle royale’s grand debut, many have been speculating when Infinity Ward will pull the plug. A renowned Call of Duty leaker even claimed that it’d be pushed live as early as March 10, but only time will tell.

And as the apparent release date approaches, more information is surfacing. One Redditor has even leaked the full battle royale map to the Warzone subreddit. Updated from the original map leaked way back in November, this new image shows the boundaries outlining the playable area.

The image appears to be plucked straight out of the game. While it’s difficult to contextualize the vastness of the map, previous leaks have suggested that the map will hold up to 200 players in any given game. 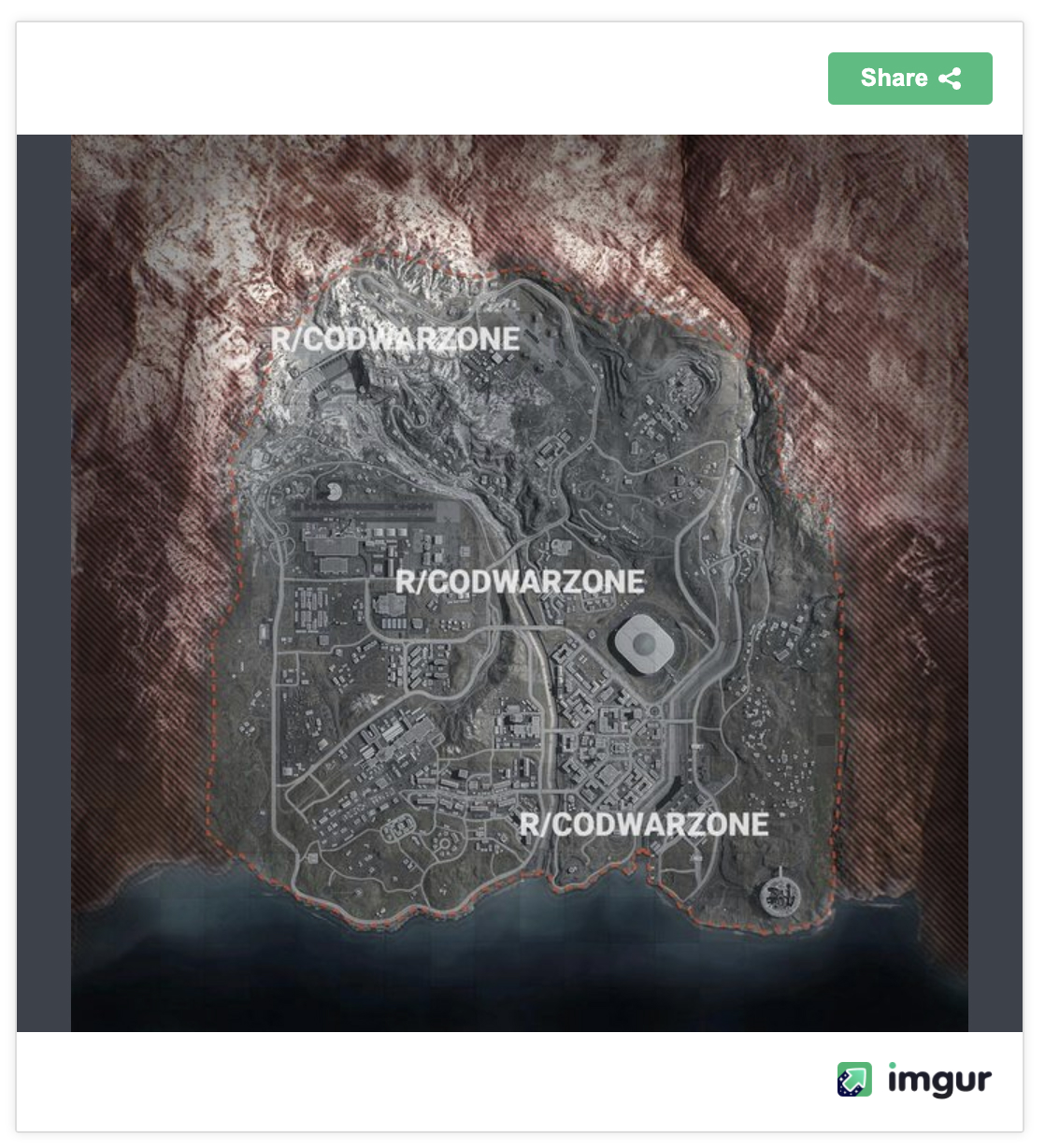 The Reddit user, Senescallo, has a reputation of posting leaks pertaining to upcoming content in Modern Warfare, including multiplayer maps, battle pass features and, most recently, challenges and missions.

Moreover, the same map featured in a comprehensive post by ‘Kalinine.’ This was the map previously posted in November, which pinpoints specific locations and references certain multiplayer maps and Spec Ops maps that will feature in the end product. 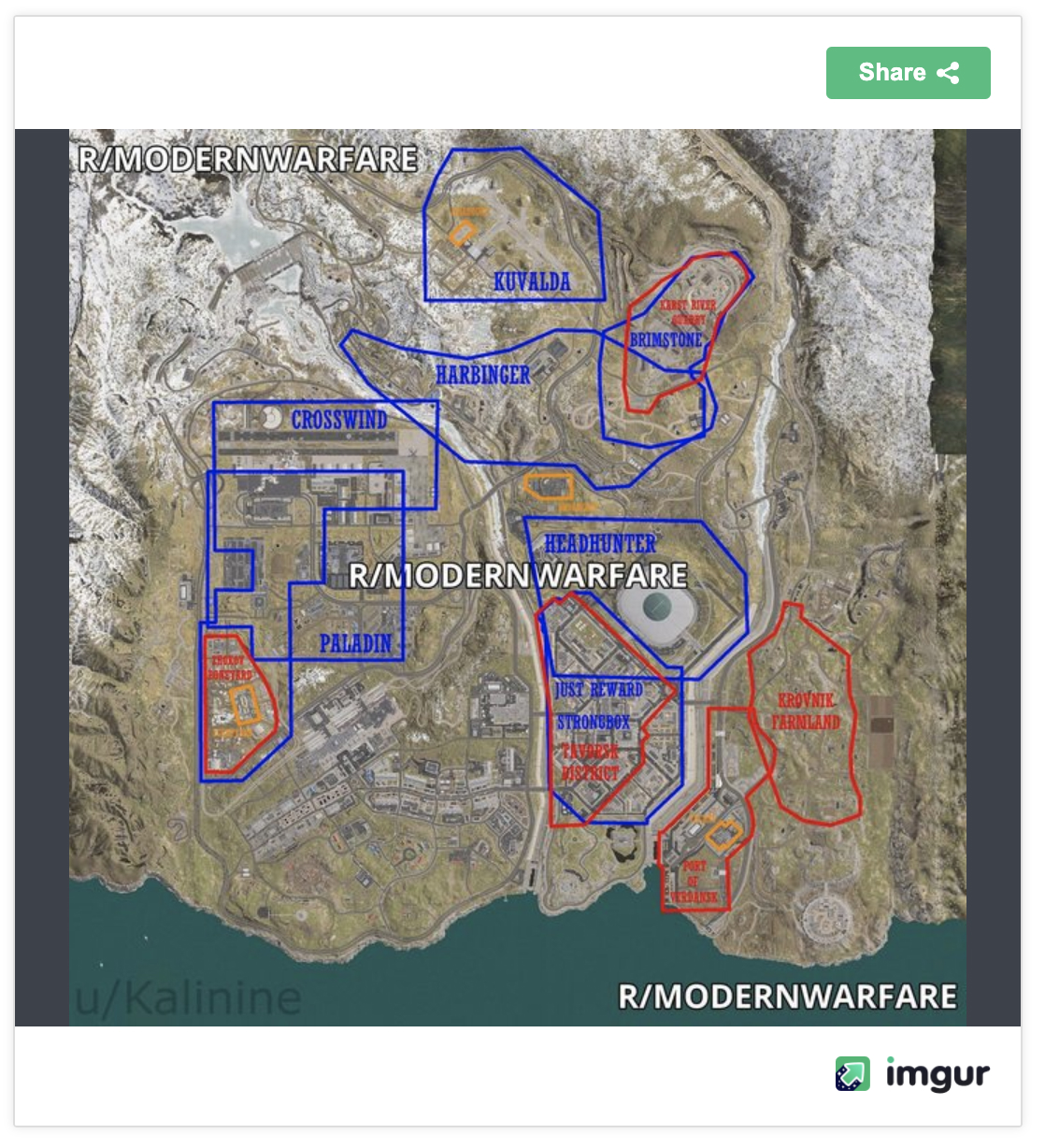 The user also estimated that the playable area will be approximately 8 km² and based on the maps that will feature, players will already have played anywhere “between 25% and 40%” of the battle royale map upon release.

A teaser trailer for the battle royale mode has been previously featured in-game, which is where we first caught a glimpse of the map during the cinematic of players jumping out of an aircraft into the thick of the action.

Players are, of course, eager to get their hands on Infinity Ward’s attempt at a battle royale map. And given that we’re already over four months in Modern Warfare’s lifecycle, players will be hoping that it debuts sooner rather than later.