Dr Disrespect isn’t all too pleased by the lack of variety in Modern Warfare‘s current Gunfight maps, and offered up a number of suggestions on how to freshen up the intense mode.

Gunfight has been a welcome addition in Modern Warfare, pitting teams of two against each other for the first time in Call of Duty history. Since launch, the mode has skyrocketed in popularity attracting the likes of countless content creators such as Tyler ‘Ninja‘ Blevins and Michael ‘Shroud’ Grzesiek.

Unhappy with the state of current maps in the frenetic mode, however, Dr Disrespect has chimed in and put forward his own takes on how to improve on the unique map design challenges moving forward. 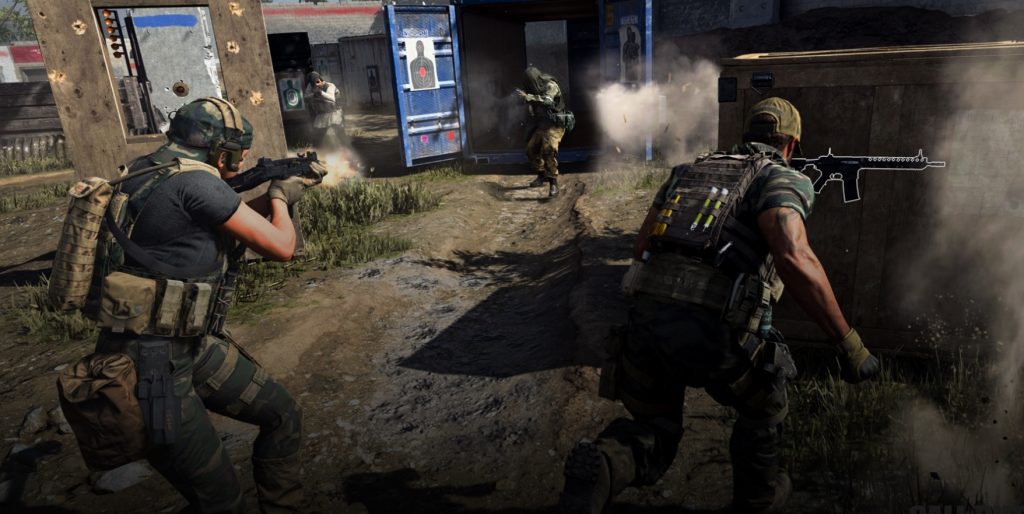 Standard Gunfight pits teams of two against each other with identical loadouts, whereas Gunfight O.S.P leaves weapons around the map instead.

Formerly a Community Manager at Sledgehammer Games, Doc later transitioned into a Level Design role and worked on a number of popular Call of Duty maps featured in Advanced Warfare.

Having dedicated a decent chunk of time to various 2v2 layouts already, the new mode appears to have rekindled his spark for level design as the popular Twitch streamer has been quick to criticize current Gunfight maps in rotation.

“It’s 2v2. I think designing 2v2 maps is pretty easy,” he explained, comparing the smaller scale of Gunfight battlefields compared to the likes of sprawling 6v6 maps or even enormous Ground War layouts.

“If I was a 2v2 map designer at the studio it would be fun to test some other ideas because I think right now…they’ve basically just designed symmetry with cover.”

Taking issue with the repetitive designs seen throughout current Gunfight maps, Doc explained why he’s not a fan of the current formula. From Gulag Showers to the recently added Cargo map, a majority of matches tend to play out in similar fashion.

Players are able to get an angle on their opponents right out of the gate, flanking routes exist to the far left or far right, and cover in the center ensures a limited amount of protection. Aiming to spice things up and breakaway from the norm, Doc’s creations would buck this predictable method and establish entirely new layouts to keep teams on their toes.

“There’s two players, here’s a lane, here’s a choke-point, and here’s sort of like a flank lane. That would be my approach. I’d want to test some of those designs.”

New concept art for the #ModernWarfare 2v2 map we built out for #Blocktober.

As a former map designer, and someone who often streams alongside professional Call of Duty players and rivals them in pro-am tournaments, Dr Disrespect evidently still has his finger on the pulse of the community.

The Two-Time has already pushed out his own concepts too, so it could only be a matter of time until Infinity Ward collaborates with the Doc and implements a brand new design to shake up competitive Gunfight.