Crimsix, Clayster, ACHES and other pro players debate which CoD games are the best - Dexerto
Call of Duty

Crimsix, Clayster, ACHES and other pro players debate which CoD games are the best

A trend has gripped the competitive Call of Duty community that has all of the prominent pro players debating which title from the popular first-person-shooter series they think are the best of all time.

With the CWL season currently on a bit of a break, pro players have found themselves with a little bit more time on their hands, and what better way to spend that time than to debate about their favorite series.

The way these debates work is that each player takes a batch of CoD games and puts them in a list based on several different categories that go from S-tier, or the best, to D-tier which is the worst, with some even added a sixth tier called ‘Trash.’

While a lot of the games that the players have chosen to put in their lists are ones they’ve played competitively, that hasn’t necessarily been a requirement, since many also enjoyed the games from a casual standpoint.

As expected, there has been a lot of disagreeing going on Twitter between the pros that have put out their lists, and we’ve included some of the prominent ones down below. 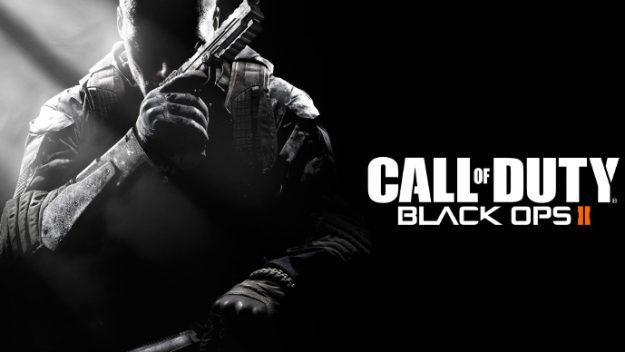 Unsurprisingly, many pro players have ranked Black Ops 2 high atop their lists for best CoD titles of all time.

It’s not every day you see eUnited’s James ‘Clayster’ Eubanks and OpTic Gaming’s Ian ‘Crimsix’ Porter agree on something, but Crim definitely liked the list that Clayster had put out on April 18.

In his list, Clay ranked Black Ops 4 and Modern Warfare as his top two titles, with WWII, Modern Warfare 3, and World at War all the way at the bottom.

Unsurprisingly, his pick for the “Trash” category was Infinite Warfare, which many other players also ranked low on their respective lists.

Below, you can find a lot more of these lists from your favorite pro players, including the likes of SiLLY, Classic, JKap, Ricky, Temp, Maux, and Methodz. 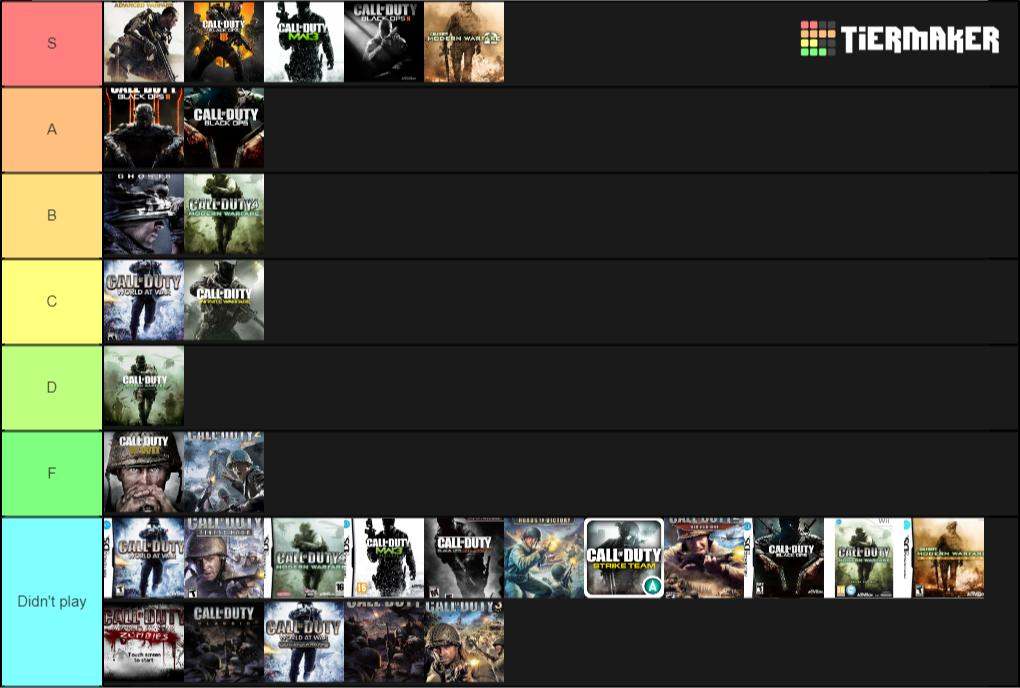 In a few months, another CoD title will be available for ranking as the next installment in the franchise is expected to release sometime during the Fall.

While there are obviously not many details yet revealed about the game, there is fervent speculation that it will be Modern Warfare 4, considering that the next developer in line is Infinity Ward.

While the entire CoD community is currently in “wait and see” mode, there is no doubt that a fourth Modern Warfare title would spark a lot of excitement among the player-base.

A handful of Call of Duty Warzone players have hit out at the new Nuketown-themed Gulag, claiming it favors one side a bit too much.

With the release of Call of Duty Black Ops Cold War, Warzone has now combined the weapons of both the new game as well as the previous Modern Warfare title.

Even though there’s plenty of new content, including weapons and the Rebirth Island map, but it hasn’t gone down well with every player. There are still complaints about weapons being too overpowered, attachments not working, as well as other general bugs that come from combining the two games.

Additionally, there’s also a new Gulag – with the showers of the Verdansk prison being done away with, and being replaced by a smaller version of Nuketown. However, players have got complaints about that too.

Players believe that Gulag fights have never been this tricky to win.

With the Modern Warfare showers, players had the same angles on each side, but that’s now changed with Nuketown. It’s now asymmetrical, with more angles to look out for, and Warzone players believe it favors the side where you can shoot through what would be the Welcome to Nuketown sign.

“40% of my gulag deaths are from my enemy camping behind the car ruins,” posted Redditor SamirDando, complaining about the head glitch the car gives players who spawn that side. “That’s not what the gulag was originally designed to do. This needs a change.”

Others agreed, adding: “Yeah can’t stand it. The damn car head glitch” and offering up possible changes. “Remove the car, change the plywood to concrete so it can’t be shot through and it’d be alright,” said another.

Yet, one player pointed out that it’s not just the head glitch that’s the problem, but how much room you have to work with.

“In my opinion, the problem with car spawn isn’t just the head glitch, but also the fact that you can see two lanes from spawn,” noted Reddit user ReADropOfGoldenSun, “I think this could all be fixed if they moved the cardboard just a bit over so you can’t see the middle right off spawn.”

Other players, however, didn’t agree at all, claiming that are easy ways to get around the campers – either by simply hopping up on the balconies on the houses or using grenades.

It seems unlikely that the devs would make major changes to the gulag, unless their data shows that it’s completely broken and ruining the game. That might happen at a later date, but we’ll just have to wait and see.