Everything changed for Call of Duty fans following the 2019 CWL Championships, with the esport moving to a franchised model that saw 12 teams purchase a place in the newly-minted Call of Duty League, taking part in Home Series events throughout the year that would eventually decide their seeding for the biggest tournament of the year, CDL Championship Weekend.

With six different teams taking home victories in the Home Series events, it was too close to call when the action kicked off on August 19, but when the dust settled on the first weekend of matches, only four teams remained: Chicago Huntsmen, Dallas Empire, Atlanta Faze, and London Royal Ravens.

Dallas Empire were the #2 seed heading into Championship Weekend.

In a massive day of matches on August 29, London Royal Ravens were the first team eliminated, losing out to the Huntsmen who would immediately fall to Atlanta FaZe. The grand final saw the top-seeded FaZe take on the number two seed of Dallas Empire for the crown of World Champions, and the massive winner’s purse of $1.6 million.

Having started the finals with a 1-0 head start thanks to progressing through the winner’s bracket, Dallas Empire never looked like they were going to allow Atlanta FaZe a chance to claw their way into the match, winning the opening three maps to take a commanding 4-0 lead in the Best of 9 series. FaZe managed to snatch a map to get themselves on the board, but Empire responded with a map of their own, kicking off the celebrations as they became the inaugural CDL champions.

For veterans Crimsix and Clayster, the victory sees them join an exclusive list of three-time World Champions, while the rest of their young squad pick up their first rings in Call of Duty, adding their names to the incredible list of 25 players who have won the big one. You can check out every Call of Duty World Champion below.

Karma’s legendary career sees many call him the GOAT.

When you think about three championship rings, it’s hard not to immediately jump to Damon ‘Karma’ Barlow, one of the most decorated CoD players ever, and the first man to win three Call of Duty World Championships.

The Canadian won his first ring back in 2013 with Fariko Impact and went back-to-back in 2014 with a dominating victory with Complexity. Karma had to wait three more years to get his third and final ring so far as part of the ultra-popular OpTic dynasty squad, but after disappointing World War 2 and Modern Warfare seasons, he called time on his legendary career in June 2020

The pair teamed up for Complexity and OpTic’s triumphs, however, following their split heading into the 2020 season, Crimsix found new success with young guns Huke, Shotzzy, and iLLeY, while reuniting with Clayster.

It seems like championship victories are like busses for James ‘Clayster’ Eubanks. He waited 1,400 days for a major tournament victory, but two Call of Duty World Championships have arrived back-to-back for the fan-favorite, cementing his legacy as one of the game’s true greats.

Clayster lead the Denial Esports pack to their 2015 Advanced Warfare title and ended his four-year drought with eUnited in 2019 against 100 Thieves. Reuniting with former Complexity teammate Crimsix, Clay now has a third ring to add to his finger, marking a true renaissance in his career.

Aches is a polarizing figure, but you can’t deny his success.

Patrick ‘ACHES’ Price is a controversial figure in the Call of Duty scene, but there’s no denying his immense success. A two-time World Champion, ACHES was a constant during Complexity’s domination at the pinnacle of Call of Duty esports, and was part of the underdog Evil Geniuses squad who stunned the scene when they won the 2018 edition of CoD Champs. 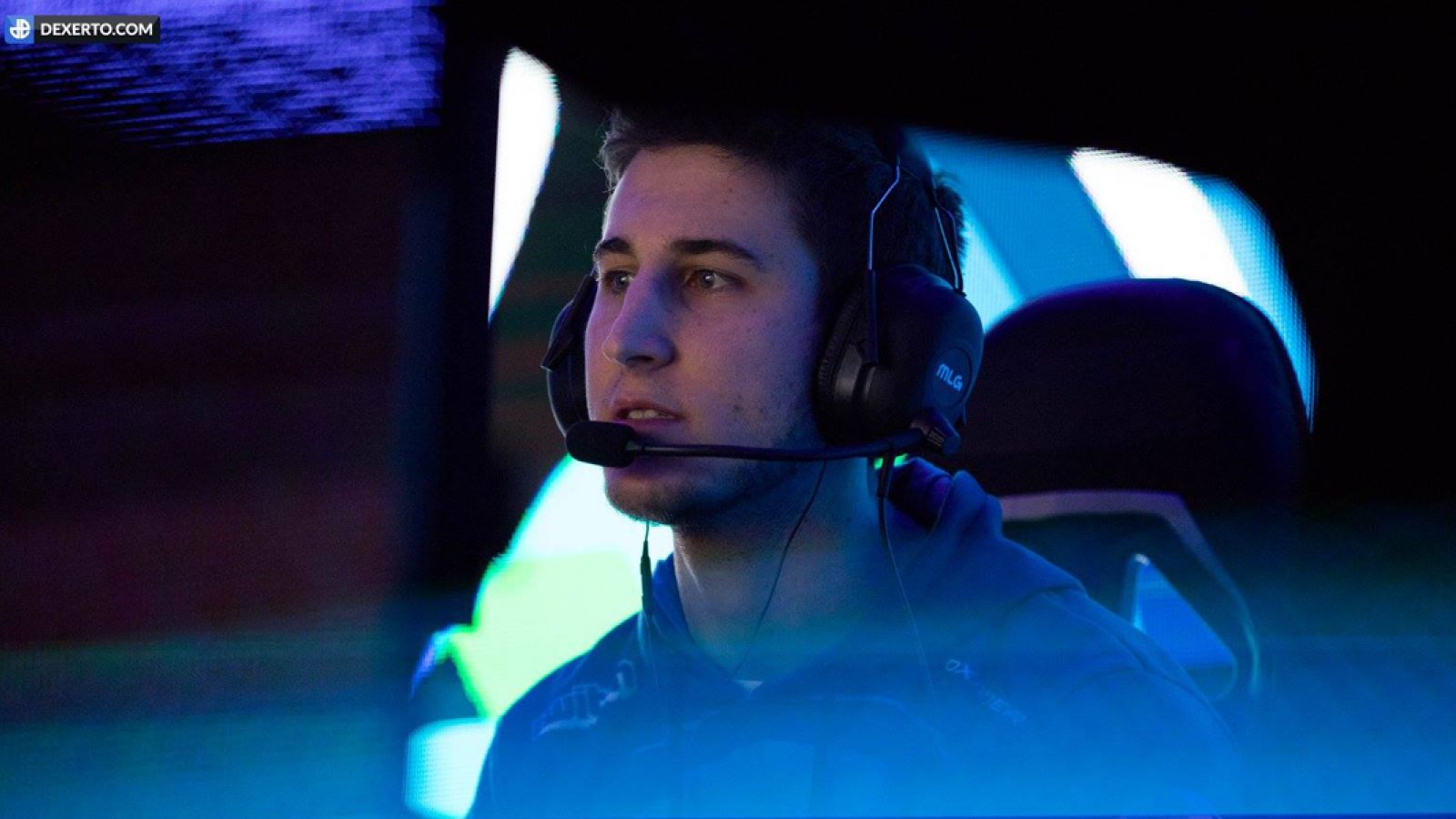 Another two-time World Champion is Jordan ‘JKap’ Kaplan, winning back in 2015 with Denial Esports, and repeating the feat in 2016, on Team Envy. He has featured in a record four Grand Finals, coming up just short in 2013 and 2017.

Representing Evil Geniuses in 2019, JKap became the first pro player ever to finish in the top-eight of every Champs tournament up to that point, but 2020 marked the first year he missed out on the tournament completely after moving to OpTic Gaming LA’s bench.

Apathy is best known for his aggressive SMG play style.

Bryan ‘Apathy’ Zhelyazkov rounds off the two-time champions on this list, having won in 2016 on Team Envy and 2018 on Evil Geniuses. He is famed for coming close to retirement before an incredible resurgence saw him add two championship rings to his collection.

One of the most naturally gifted FPS players in the world, Huke’s skill across Halo and Call of Duty show just how good he really is. Regarded as one of the best players in Call of Duty since he burst onto the scene in 2015, Huke had found championship glory elusive before the Modern Warfare era, but finally earned the world championship his immense talents deserve with Empire’s 2020 CDL Championship Weekend victory.

Shotzzy was crowned CDL MVP in his first professional year in the game.

Anthony ‘Shotzzy’ Cuevas-Castro is a history maker in his own right, becoming the first player to win world championships in multiple FPS titles. The 2018 Halo World Champ got off to a rocky start in his debut year as a Call of Duty pro, but the 2020 season quickly became the year of Shotzzy, putting on incredible performances as Empire won three Home Series events and the CDL title. To top it all off, the 19-year-old was crowned regular-season MVP, putting a stamp on his fantastic turnaround.

iLLeY was an S&D star, but became a major part of Empire’s success.

He may be Empire’s quiet man, but CDL teams quickly learned not to sleep on the 18-year-old, who was a major force behind the team’s run to the 2020 World Championship. The Canadian was predominantly a Search and Destroy star before he made the surprising move to the Envy-owned organization, but quickly settled into his new surroundings, pulling off incredible plays on the road to his first ring. 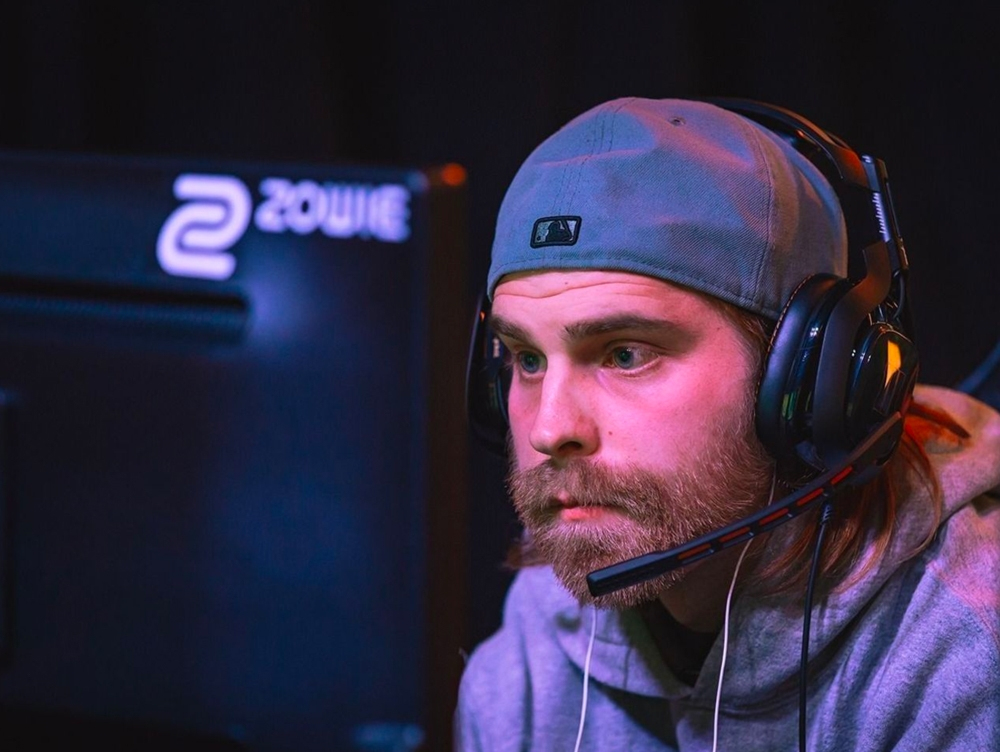 KiLLa is a cult figure in Call of Duty, and won the first world championship event.

Adam ‘KiLLa’ Sloss is a legendary figure in the Call of Duty scene, and was part of the Fariko Impact squad who took home the top prize in the first Call of Duty Championship back in Black Ops 2. 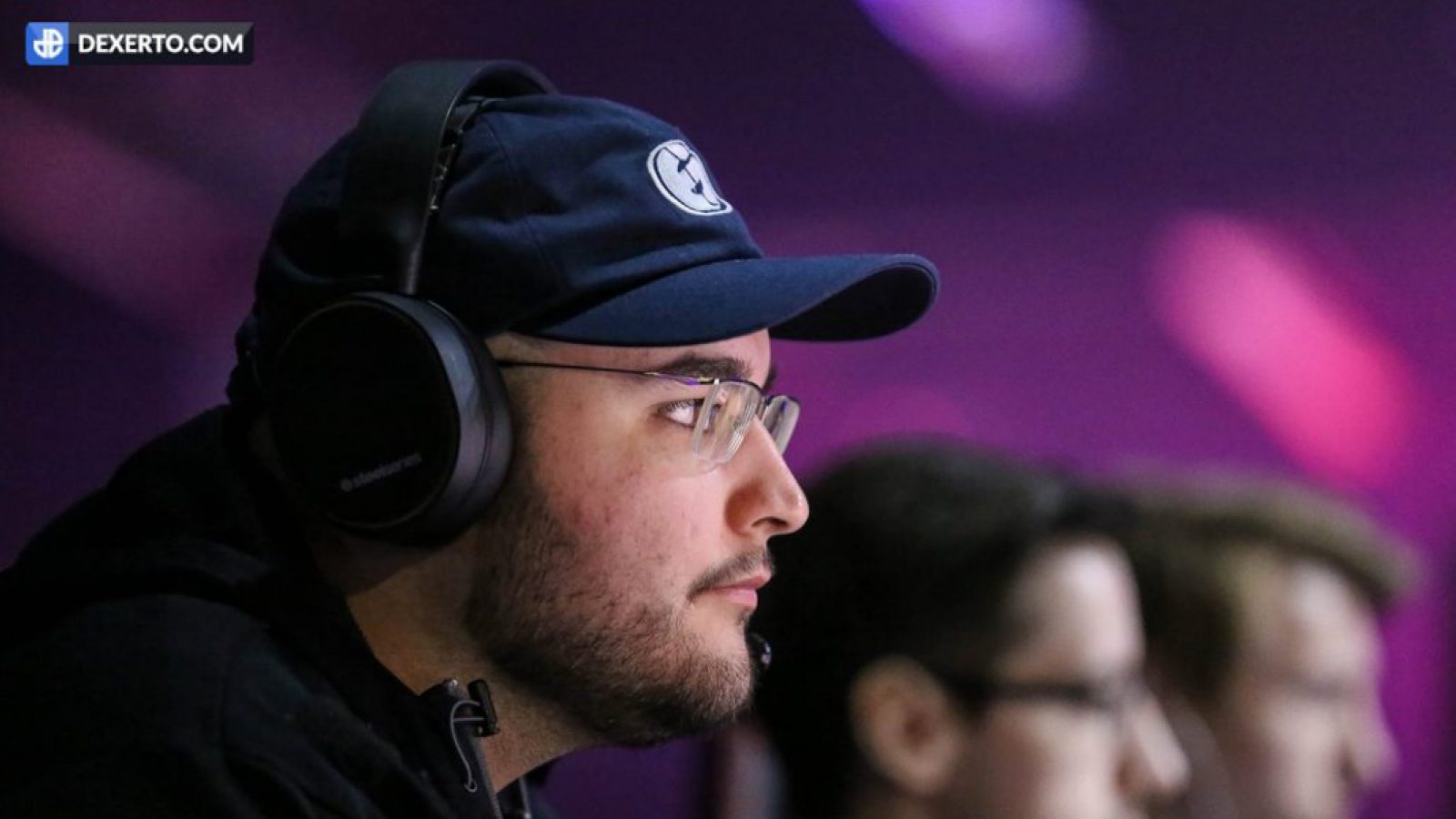 Chris ‘Parasite’ Duarte is a controversial figure among Call of Duty fans, but there’s no doubt he has one of the sharpest minds in the game. Parasite was part of the Impact squad that made history in Black Ops 2 and went on to play for teams like FaZe, OpTic Gaming, and Complexity.

MiRx last appeared on a competitive team back in 2019.

Marcus ‘MiRx’ Carter was also a part of the Fariko Impact roster that won Black Ops 2’s World Championships. He was most recently a part of Orlando Reapers, but has not featured on a competitive team since January 2019. 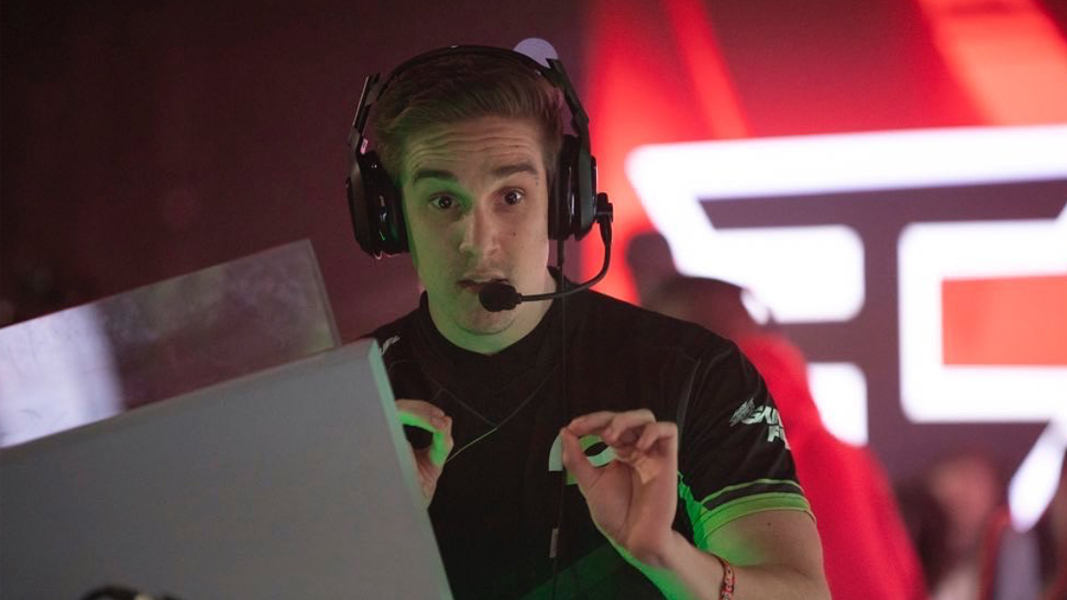 Tyler ‘TeePee’ Polchow was a part of the fabled CompLexity roster that won the Ghosts World Championship in 2014. Since his retirement, he’s seen major success as a caster and analyst, as a coach for OpTic Gaming, and has become a full-time streamer thanks to his incredible skill at CoD battle royales Blackout and Warzone. 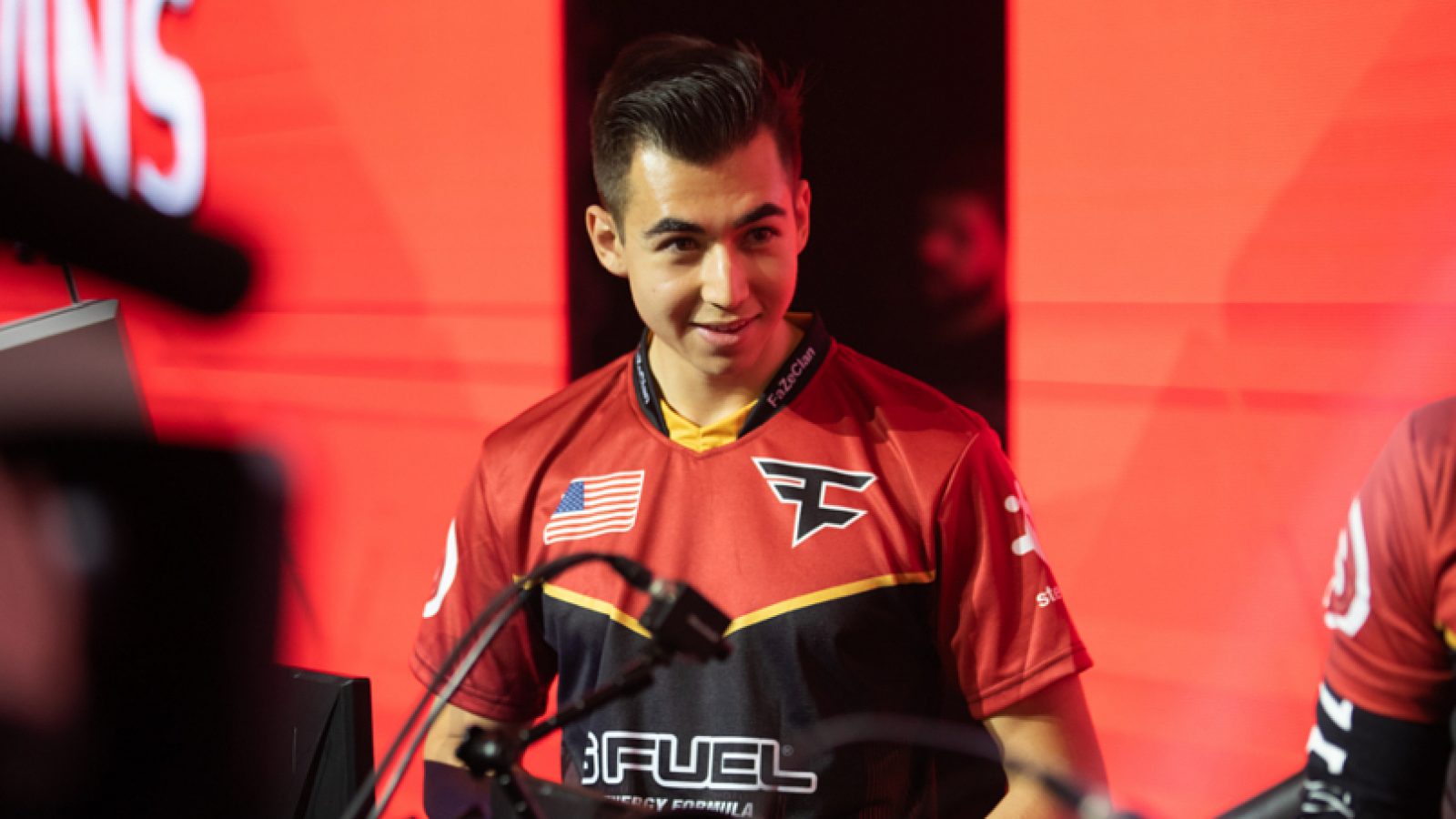 When you think about Dillon ‘Attach’ Price, it’s hard not to think about his incredible run as part of FaZe Clan, which spanned four Call of Duty titles. His association with the legendary organization came to an end at the start of the Call of Duty League when he joined New York Subliners, but his sole World Championship actually came as part of Denial Esports in 2015. 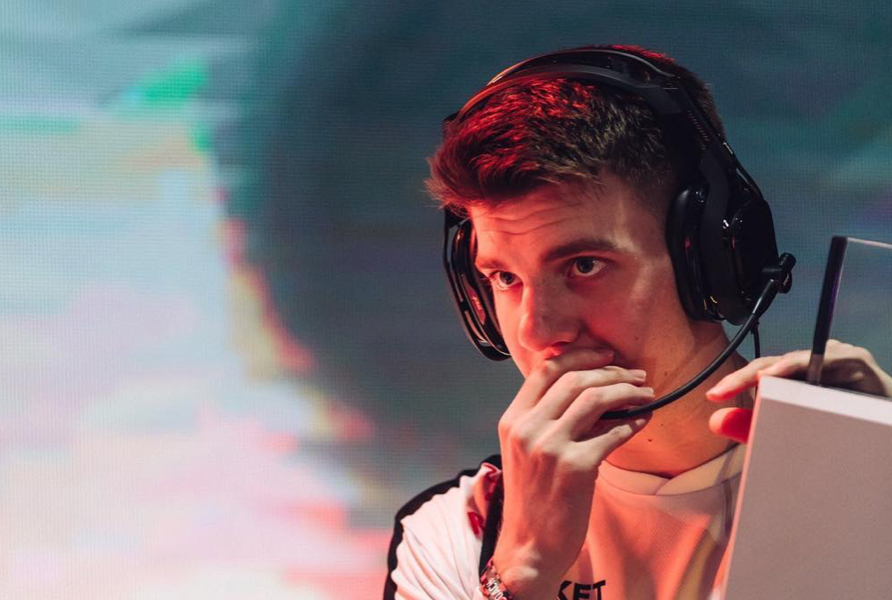 James ‘Crowder’ Crowder also won his ring on Denial in 2015 but decided to take a hiatus from playing until his return with FaZe during World War 2. Crowder went on to become one of the best coaches in the game, lending his expertise to 100 Thieves during their successful Black Ops 4 season, before returning to Atlanta FaZe to coach their young guns to second place in Call of Duty League 2020. 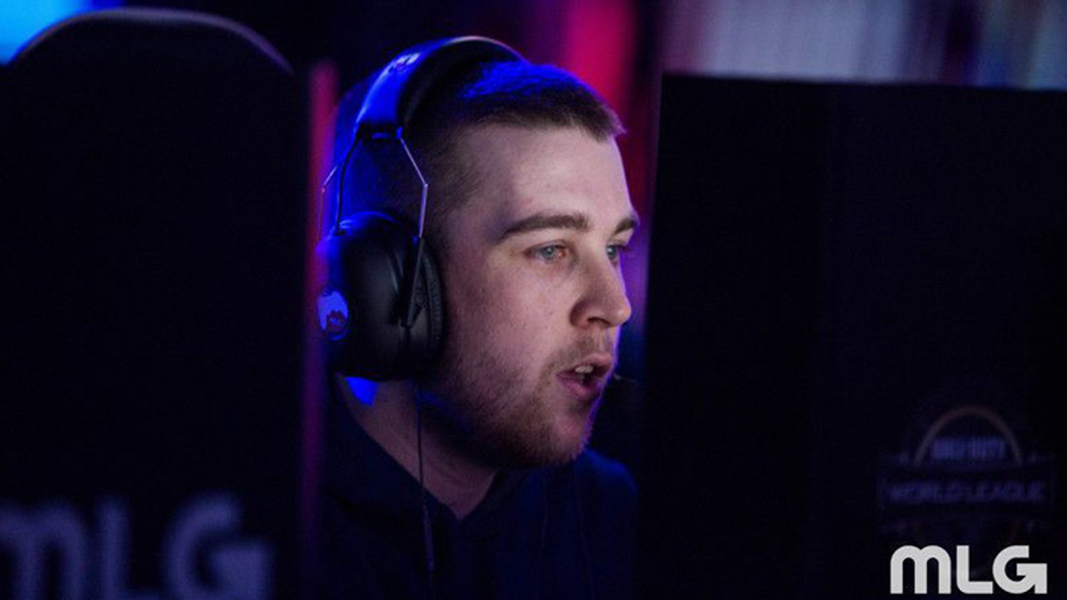 Austin ‘SlasheR’ Liddicoat won his ring in 2016 with Team Envy, then made it to the finals of the 2017 world championships with the organization. He also made the finals in 2019 with 100 Thieves, but came up just short against eUnited.

John was one of Black Ops 3’s best SMG slayers.

A truly dominant SMG player, Johnathon ‘John’ Perez won his World Championship in 2016, on Team Envy.  He was also the MVP at the tournament, regularly putting up insane stats against the best teams in the world. 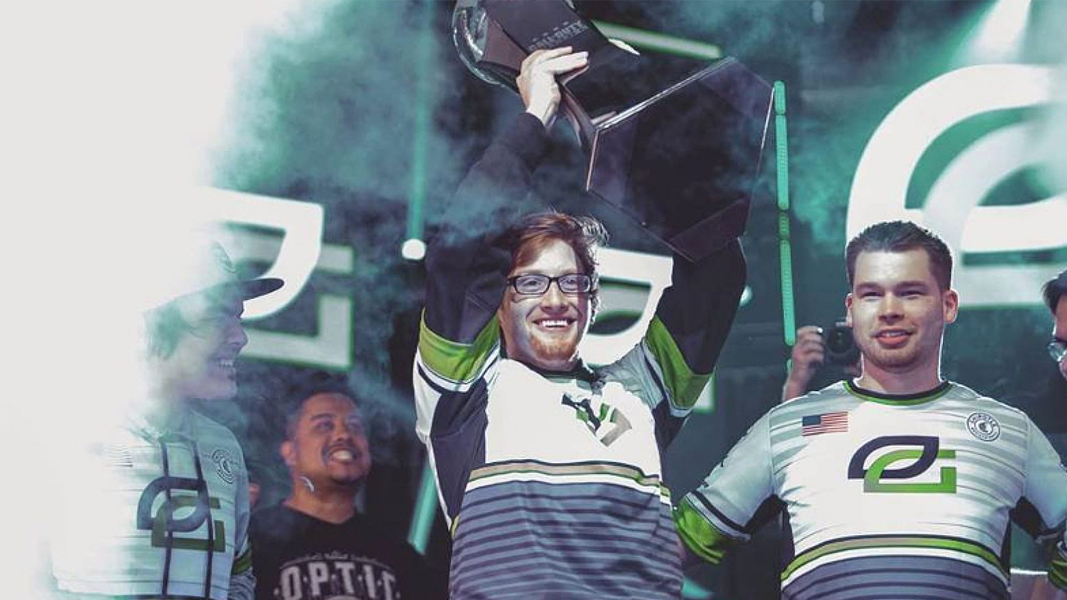 Scump is arguably the most popular pro ever and has the skill to back it up.

Seth ‘Scump’ Abner is regarded as one of the best SMG players of all time. He won his World Championship at the fifth attempt, at 2017’s Infinite Warfare tournament, to complete the ‘OpTic Gaming dynasty’. 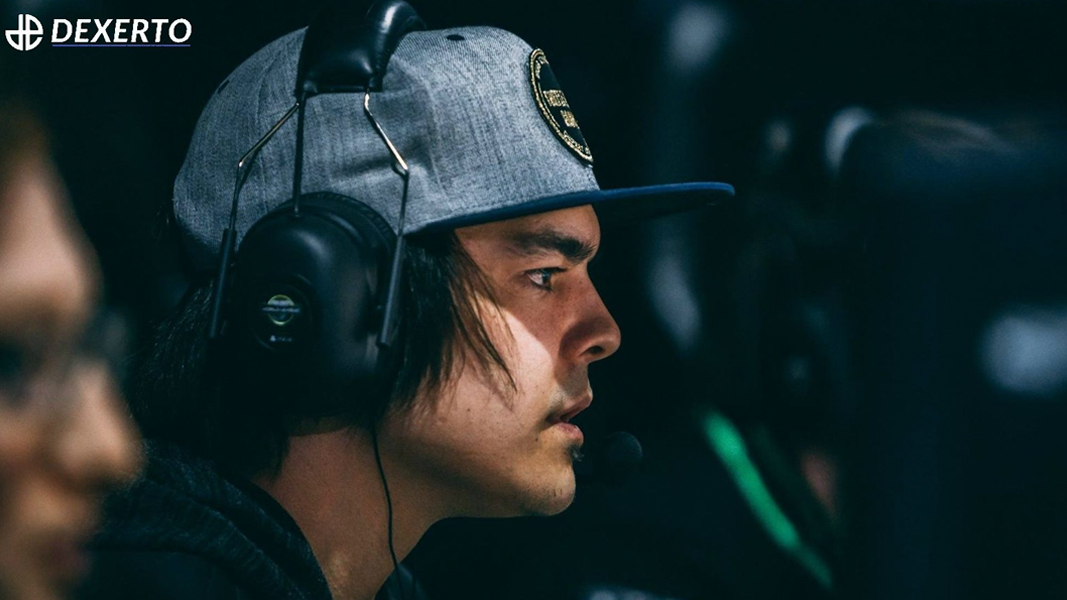 FormaL has established himself as a premier Assault Rifle player.

Matthew ‘FormaL’ Piper exploded onto the competitive Call of Duty scene following his transition from Halo back in 2013. He won his ring at the 2017 CoD Champs and was also named MVP at that tournament. 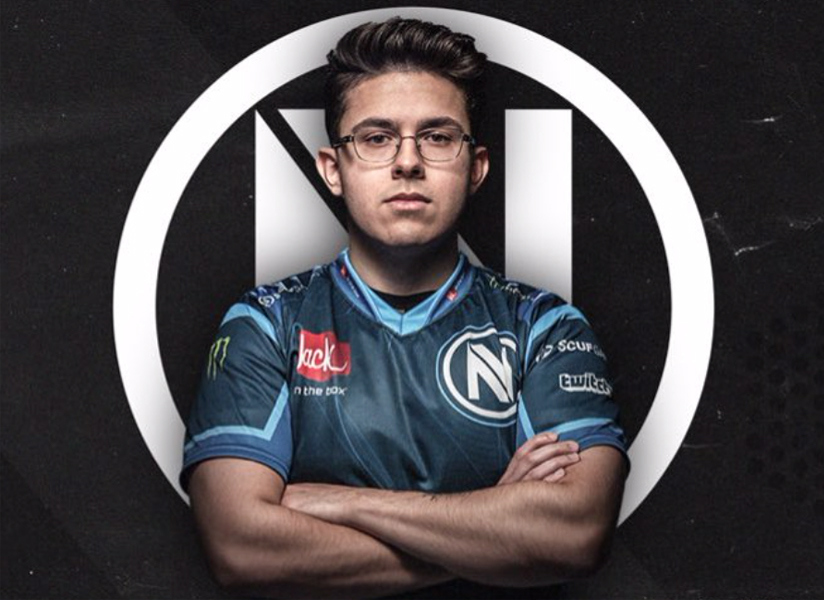 Assault was named MVP at the 2018 CoD Champs event. 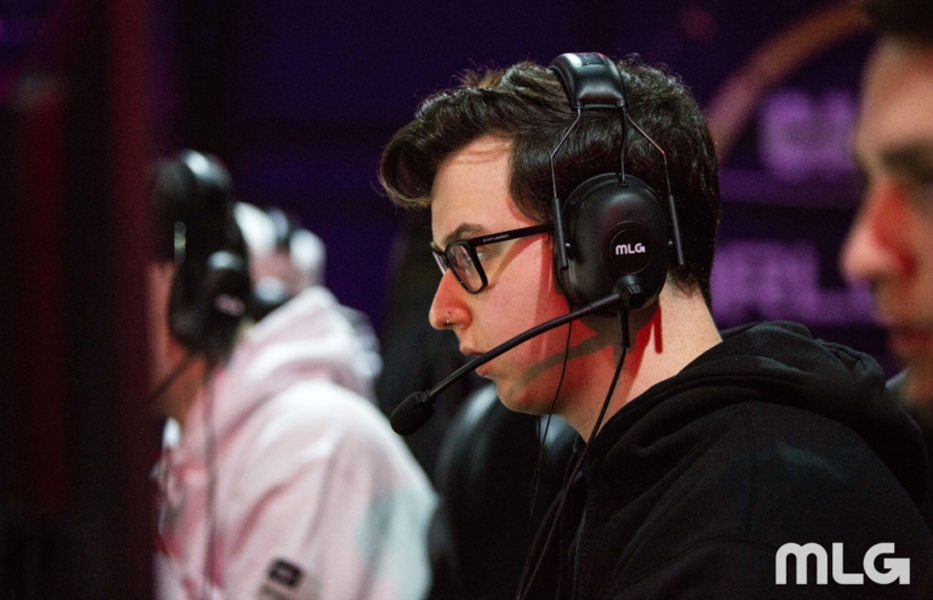 SiLLY was part of the Evil Geniuses lineup that shocked the world.

Justin ‘SiLLY’ Fargo-Palmer was another member of Evil Geniuses’ 2018 Championship winning roster. Prior to that, he spent nearly 2 years on eUnited, where he experienced moderate success.

Simp has quickly become one of Call of Duty’s biggest stars.

Already boasting a strong reputation before he was even 18, Simp joined eUnited from their cadet team midway through the 2019 season. Simp was eU’s most important player at Champs 2019, helping the team to a championship while earning a much-deserved MVP for himself. Simp proved his rookie year wasn’t a fluke in 2020, making it all the way to the grand finals. 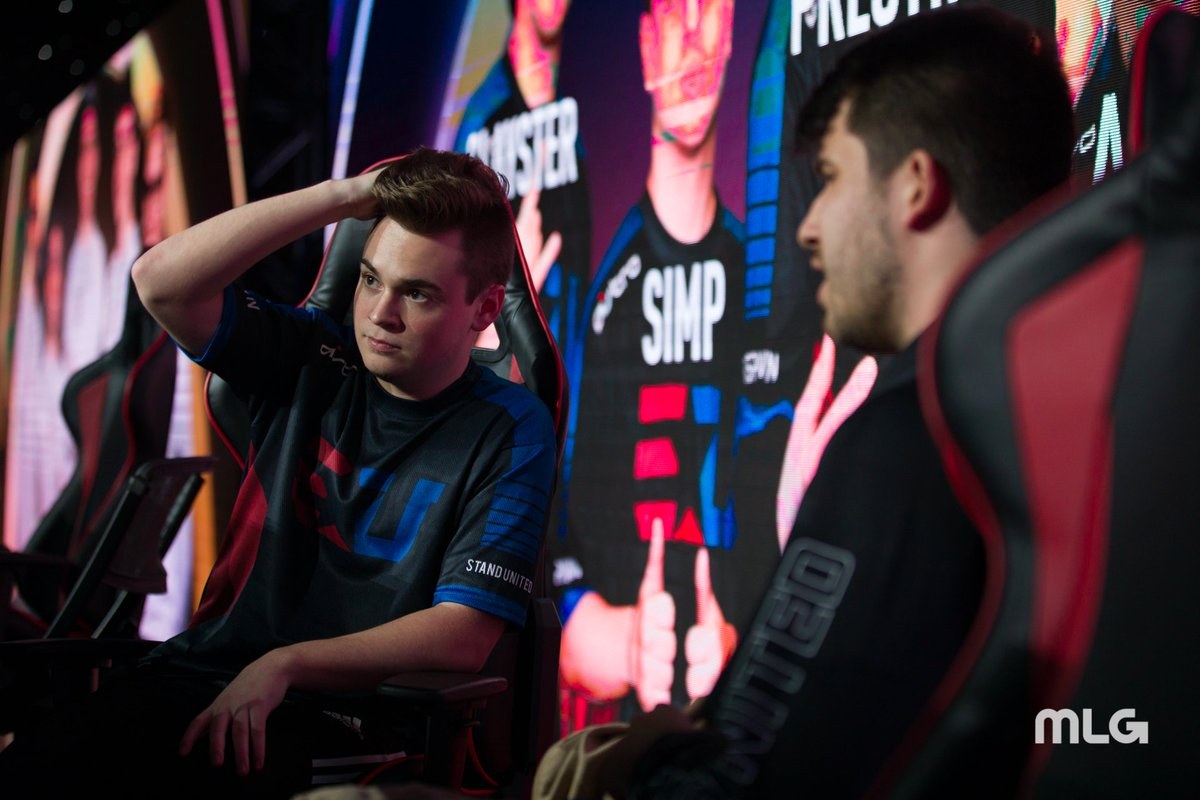 aBeZy is the other half of FaZe’s ‘Tiny Terrors’.

Still very much a youngster in Call of Duty esports, aBeZy is already regarded as one of the better SMG players in the game. His talent was on full display in 2019, playing key roles in eUnited’s first-place finishes at CWL Finals and Champs. 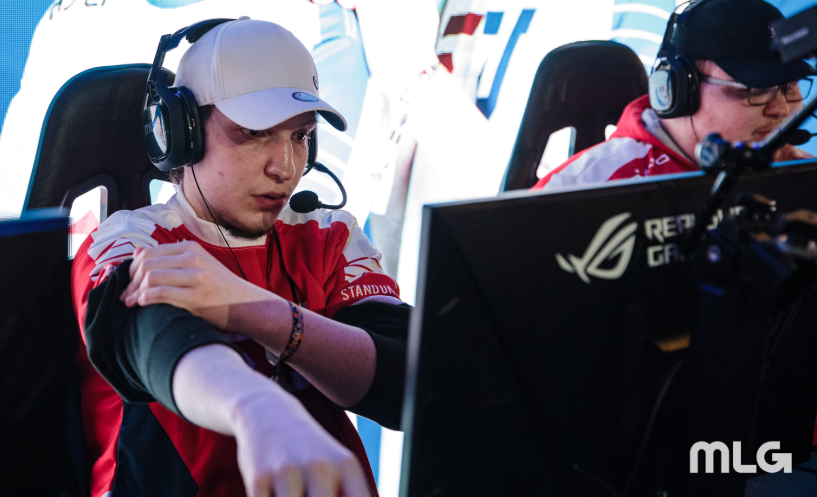 Prestinni doesn’t always put up the best stats, but plays an important role for his team.

While he may not always put up the best stats, Prestinni played an important role for eUnited during their 2019 Champs victory.

Along with his twin brother Arcitys, Prestinni was eUnited’s longest active tenured player and brought the organization the game’s biggest crown in his final match for them. He went on to compete for Florida Mutineers in the CDL, before moving to Chicago Huntsmen to replace Gunless.

Arcitys was a key factor behind eUnited’s 2019 win.

eUnited would not have their 2019 rings without Arcitys.

Arcitys didn’t always get the spotlight on eUnited’s star-studded roster, but everyone knew of his importance to the team. That importance showed at Champs 2019, as his stellar play in the Assault Rifle anchor role helped them win the whole thing.

There are not that many noticeable absences from this list, given the fact that the overwhelming majority of big names have, at some point, won a championship.

Arguably the most noticeable are Brandon ‘Dashy’ Otell and Samuel ‘Octane’ Larew.

While relatively new to the competitive CoD scene, Dashy has quickly established himself as one of the best players in the world. His Maddox and Tempest skills saw him win CWL Las Vegas’ MVP, but unfortunately were not enough to help them win Champs in 2019.

Finally, Octane has been considered one of the best ARs in the world since the Infinite Warfare season, in which he invigorated Luminosity Gaming’s roster. He took these skills into the Black Ops 4 season, standing out on a strong 100 Thieves roster, and was the sole bright spot on a disappointing Seattle Surge roster.