Despite coming into day three of the Dallas Empire Home Series as overwhelming favorites to advance to the grand final, the Chicago Huntsmen found themselves on the wrong end of an upset and the hands of Florida Mutineers.

Along with the Empire, Huntsmen came into CDL Dallas as one of the heavy favorites to contend for the tournament trophy, having already won an event in London this season.

The lone obstacle remaining on their road to the grand final were the Florida Mutineers, who had dealt Chicago their only loss earlier this campaign in the semis of CDL Atlanta.

Things started positively for the boys in green, who looked on their way to avenge that defeat with a 250-199 win on Gun Runner Hardpoint. However, that would turn out to be their first and only map win of the series, as Florida reeled off three in a row to book their ticket to the final.

Chicago @Huntsmen land the first blow with that 250-199 Hardpoint victory.

A 6-4 win on Picadilly Search & Destroy tied up the series, before one of the more one-sided Domination matches of the season, a 193-125 win, saw the southerners take a 2-1 lead.

A confident 193-125 Domination showing from @Mutineers puts them at a 2-1 series advantage!

Chicago’s final stand came on Azhir Cave Hardpoint but their efforts came up short, as Mutineers sealed the 3-1 series victory with a 250-222 win. 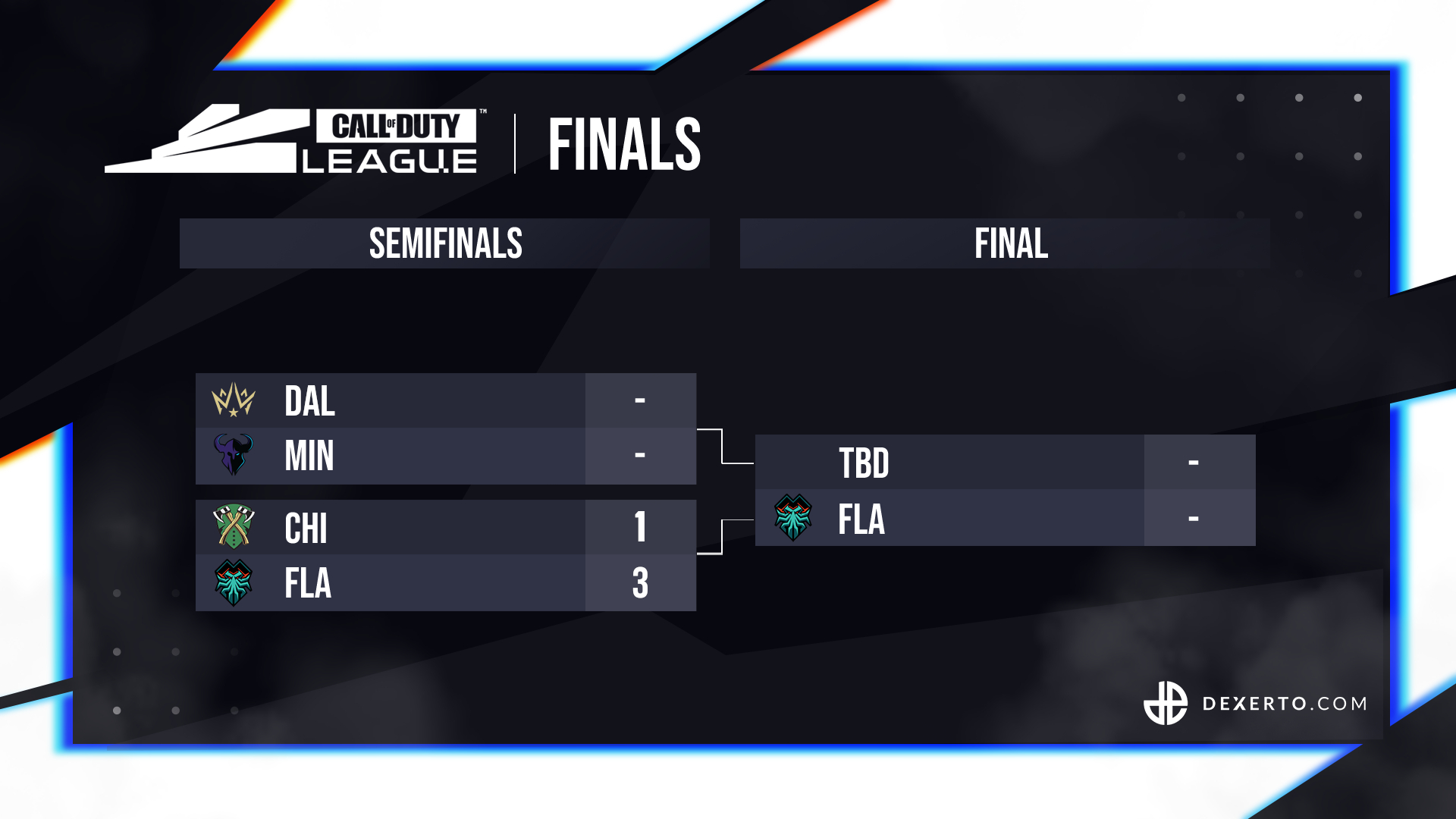 At this point, Mutineers have already established themselves as Huntsmen’s kryptonite, as they’re the only team Chicago have lost to this season and it’s now happened twice.

Further adding insult to injury is the fact that both losses have come at the semifinal stage of events, so Florida have denied now twice denied them a chance to win their second, and maybe even third, tournament.

While some fans might want to blame the CDL’s new online format for this result, Huntsmen star Alec ‘Arcitys’ Sanderson was quick to rule that out on Twitter, as he and teammate Seth ‘Scump’ Abner blamed only themselves.

GGs to Florida, super sloppy on that map 4.

Florida will face the winner of Dallas Empire vs Minnesota ROKKR in the Grand Final. This is their second finals appearance, the first coming at CDL Atlanta, where they looked overwhelmed in a one-sided 3-0 defeat to FaZe.

Mutineers will hope that the result will be more competitive this time around as they look to complete an improbable run that saw them lose their first match of the event followed by three straight wins in elimination games.

You can watch all of the action live via our CDL Dallas hub, which features the official livestream, scores, brackets, schedule, and more.