A new feature has gone live in the Blackout battle royale mode of Call of Duty: Black Ops 4 that players have been looking forward to for weeks.

Players are now able to repair their own existing Armor in Blackout by 100 durability by finding and picking up Armor parts from the map.

This means that players whose Armor gets damaged from a gunfight can now scavenge the loot dropped by enemy players and teammates for parts, which they can then use to fix their own.

The process is quite simple – once a player finds an Armor part, they can then store it in a new, specially designated section of their inventory called ‘Armor Plates.’

Once the player’s Armor has taken damage, they can then point their cursor of the Armor Plate in their inventory and initiate the repair process, which looks to take approximately two seconds to complete.

Armor Plates can now be scavenged and it will repair your armor by 100 durability. I scavenged 2 then killed this guy for his tier 3 and repaired it by 200. It takes a hot minute to repair but seems like an awesome change! #Blackout pic.twitter.com/pLT2iaMKQF

As the video above shows, the Armor Plate the player picked up had a total of two uses, which allowed him to increase his Level 3 Armor’s durability by 200 points.

While the process is not done immediately, it is fast enough for players to do while hiding in a secluded area and away from enemy fire. 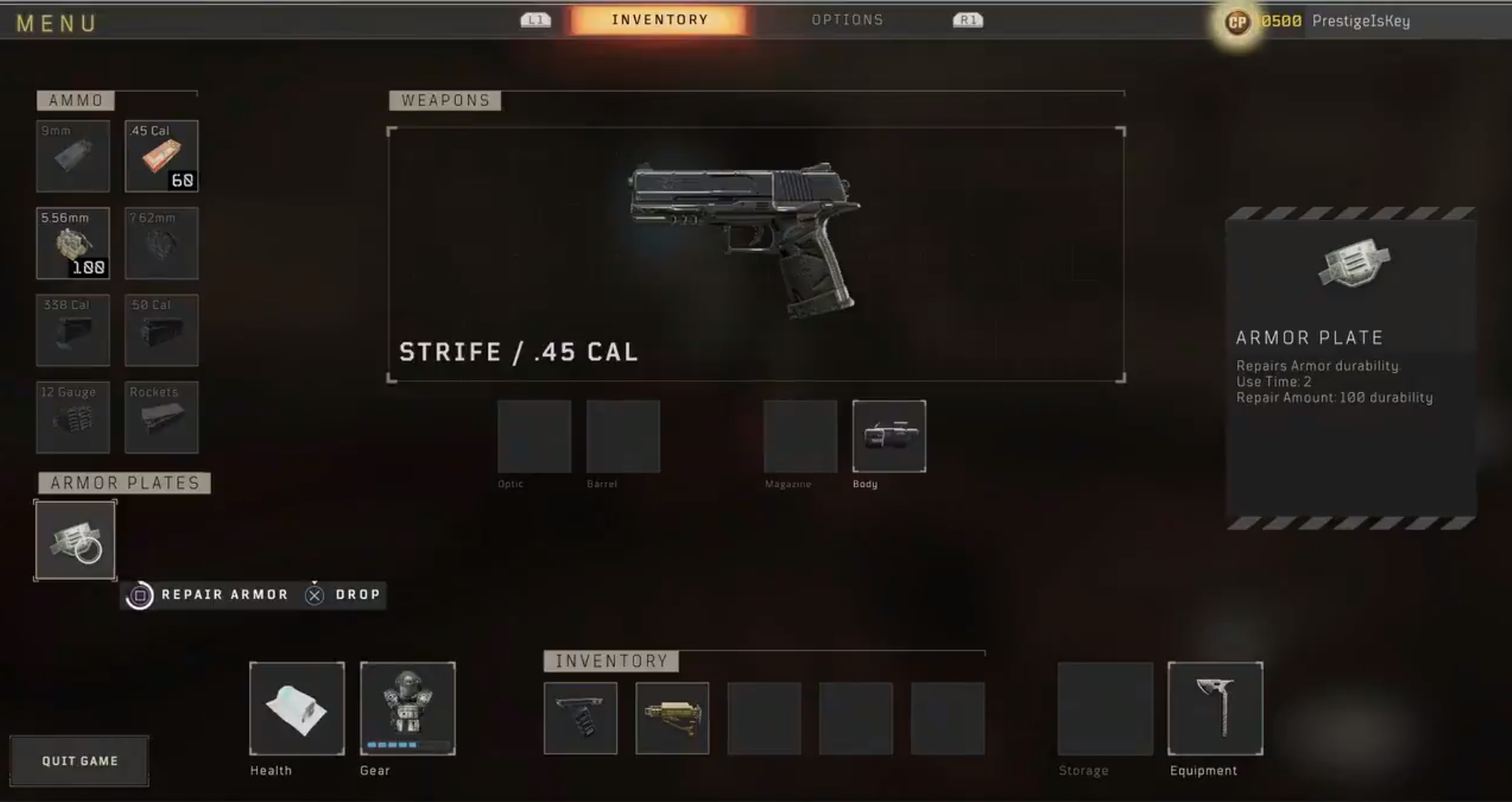 When Treyarch Studio Design Lead David Vonderhaar first mentioned the Armor repair system for Blackout, many became excited because the concept allows players to make up the damage their Armor takes during gunfights.

Many were critical of the fact that they were essentially being punished for engaging in and winning gunfights since they would come out of it with severe Armor damage and no way to fix it.

This new feature went live on December 10, as part of the massive new Black Ops 4 update that has gone live on the PlayStation 4. Aside from adding the repair system, the update has introduced a fall theme across the map, added new playable characters, new weapons, and environmental changes to certain locations.

Make sure to follow us@DexertoINTEL and keep an eye on the Dexerto Call of Duty page for any new information and details about the update, including full patch notes, breakdown of all additions and changes, and more.