Treyarch has released a new Call of Duty: Black Ops 4 update and while it’s not as expansive as last week’s v1.11 update, it contains a few additions that fans will be happy to see.

Black Ops 4 has receieved fairly regular updates ever since its release in October 2018 and it looks like this week is no different with the January 22 Game Settings Update.

At the forefront of this update is the release of a brand-new Special Event Stream for PlayStation 4 owners that features the return of an infamous weapon from Black Ops 2.

First leaked through game files in the PC version of Black Ops 4, the Kap-45 is now official and available to PS4 players with the Barbarian Special Event Stream.

The fully automatic pistol will surely be one that players will try and obtain as quickly as possible in order to find out if it’s anything like its predecessor, the Kap-40 from Black Ops 2.

This wasn’t all that the new update brought, however, as there is a brand-new featured playlist for Multiplayer, Chaos Domination. 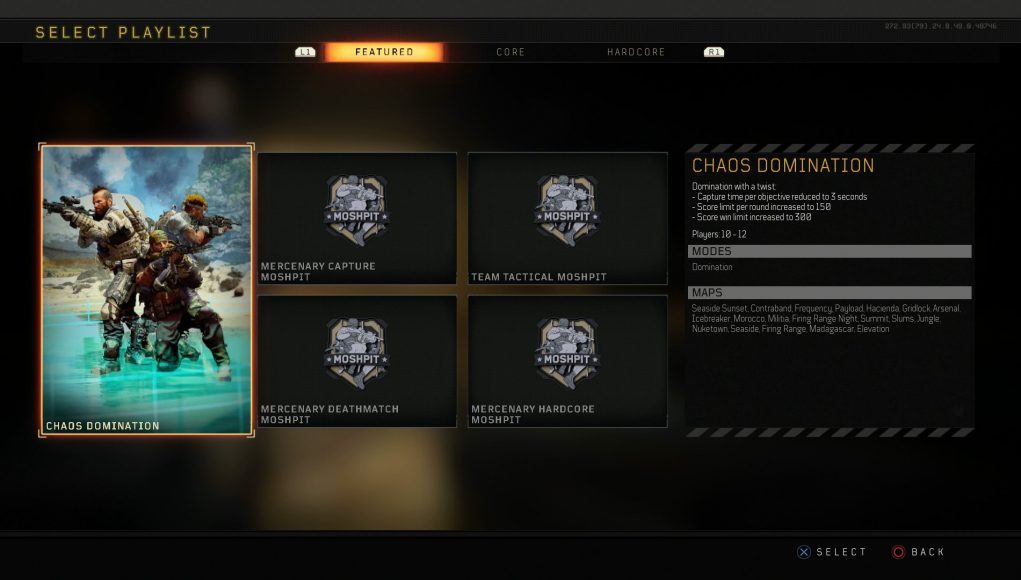 Chaos Domination is the new featured playlist in Black Ops 4.

Chaos Domination will give players a new way to experience the popular mode with a new ruleset:

Last, but certainly not least, Treyarch also added the Black Ops Pass maps to all playlists after having to remove them last week due to an issue that was discovered.

You can read the full patch notes for the January 22 update below:

We’re stacking up the loot with a new four-week Special Event stream in the Black Market! Launching today on PS4, the Barbarians Event adds 25 new loot Tiers below the existing Operation Absolute Zero stream, so players can earn twice as much loot per Tier as usual. Unlockable rewards include new Outfits, Gestures, Calling Cards, a new Reactive Camo for the Hades LMG, and our newest earnable weapon, the KAP 45 full-auto pistol.

In Zombies, Gauntlets and new Epic Elixirs arrive on Xbox One and PC today! Players can take on 30 timed rounds of insane challenges in “Unsinkable”, and last even longer against the undead with the new Perk Up, Refresh Mint, and Conflagration Liquidation Elixirs. As a reminder, we’ll also be testing out some fresh Concoction bundles in the Zombies Laboratory over the coming weeks – keep an eye out for new combinations and let us know what you think.

And as our Blackout Free Trial continues on all platforms, Down But Not Out kicks off on Xbox One and PC tomorrow at 10AM PT! Get ready to jump in as a squad and redeploy with each new Collapse as long as one of your teammates survives. We’ve also implemented new fixes for the looting interface on consoles to help players to tab through Stashes and prevent the d-pad from getting stuck while scrolling through Stashes.

The following updates are live today on PS4, Xbox One, and PC:

The following updates are live first on PS4:

The following updates are now live on Xbox One and PC:

The following updates are now live on consoles: