TSM have staked their claim to the crown of the best Apex Legends esports team in the world, winning their second major tournament with victory at the Preseason Invitational in Krakow, Poland.

80 of the world’s top Apex Legends squads all descended on the Polish city to take part in the popular battle royale title’s first truly international tournament, but it was the American squad of Team SoloMid who took home the victory after 11 gruelling rounds. 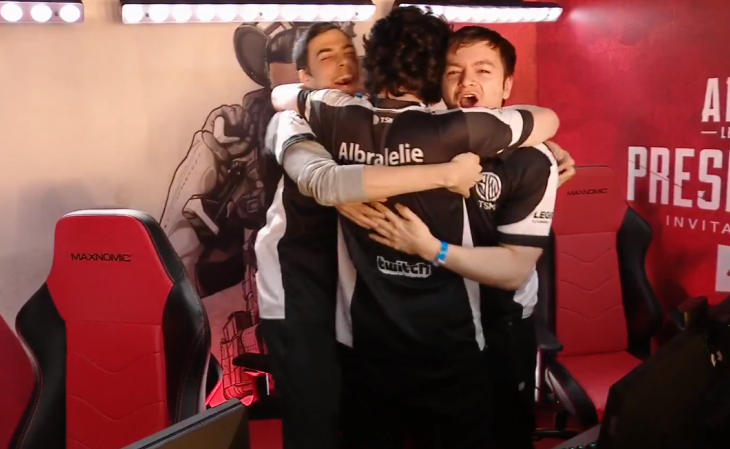 Teams were awarded points throughout the final day based on performance, eliminations, and final placements, with any team who secured 50 points declared to be on “match point,” meaning a victory in King’s Canyon would see them crowned as winners.

TSM hit the 50 point threshold after the fifth match of the 11-game series, but impressive runs from Na’Vi and unsigned Russian trio 789 put both teams in contention as well. It took the Americans until the final match of the day to finally secure their victory, and get their hands on the Preseason Invitational trophy.

In fact, a total of nine teams found themselves with the 50 points required to win the competition, but an excellent run saw TSM’s Phillip ‘ImperialHal’ Dosen, Mac ‘Albralelie’ Kenzie Beckwith and Jordan ‘Reps’ Wolfe all stand tall in the final circle at Wetlands, and find the required kills to win the tournament.

Thanks to their victory, TSM’s trio took home the $105,000 grand prize, while runners up Natus Vincere earned $75,000 for their efforts. Two Na’Vi players also receieved bonuses for being named ‘Apex Predator’, with ‘Nikita ‘clawz’ Marchinksy and Kirill ‘9impulse’ Kostiv taking home an extra $2,666 alongside Wyvern’s An ‘Selly’ Jeong-hwan.

You can view the full final placements from the Apex Legends Preseason Invitational below.