Apex Legends fans, rejoice – you can now represent your favorite characters with some sweet new merchandise that will make you the envy of all your friends.

Apex Legends became an instant success with battle royale fans right off the bat on its release date back in February 2019, and it’s still incredibly popular today.

One of the main issues players were facing, though, was the fact that their favorite hero shooter didn’t have official clothing merchandise that they could wear to represent their main Legends – now that’s changed.

On November 22, Respawn Entertainment shocked fans on Twitter with the announcement that they had officially opened a merch store for the first-person shooter – finally!

The popular battle royale now has an official merch store!

“Care package incoming, big things in that!” the official Apex account tweeted. “Now you can dress like a Legend with the launch of the Apex Legends Shop.”

They also teased the addition of further lines coming in the future, which could signal the inclusion of items centered around future heroes not yet in the game also.

“Peep the latest and greatest and stay tuned for new additions to come,” they said.

Now you can dress like a Legend with the launch of the Apex Legends Shop. Peep the latest and greatest and stay tuned for new additions to come.

While the merchandise includes some pretty sweet clothing items like hoodies and t-shirts, there are also other accessories such as baseball caps and socks.

Some of the pieces, such as coffee mugs, blankets, and water bottles, feel as though they’d be great gifts for Christmas since it’s right around the corner at this time of writing.

Most of the non-clothing merch just features the Apex Legends logo and the ‘Have Fun, Don’t Die’ slogan, but the clothing pieces get into the actual character designs, so if you’re looking to show off your favourite Legend, a t-shirt or hoodie is the way to go. 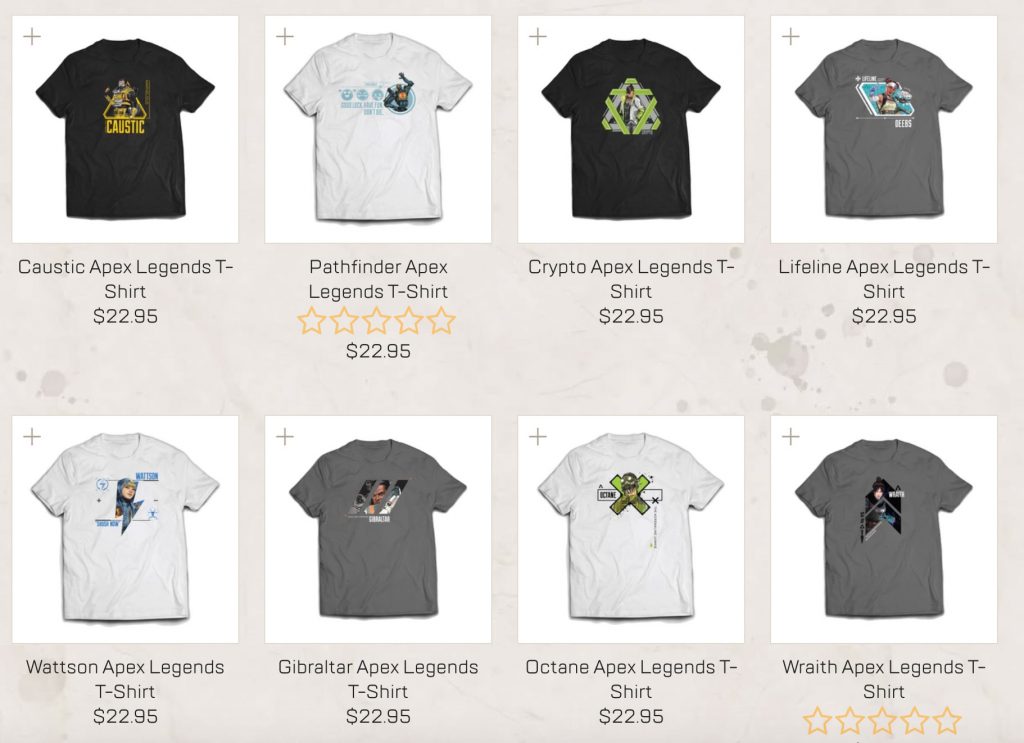 A look at some of the Apex merch that is being offered in the newly launched store.

In August, Funko POP! teamed up with Respawn to release a line of Apex Legends figures, and fans went absolutely nuts over them, proving that merchandise for the popular battle royale was very desired.

Now that there’s finally an official Apex store, fans are no doubt overjoyed that they can finally wear clothing that shows off just how much they love the game.