Apex Legends players are being dropped off at wrong locations on the map after being respawned, due to an odd bug that’s appeared in the game.

Apex Legends may be in the middle of its second season, but there are still various bugs, glitches, and exploits causing issues in the game.

While many of them have a minor effect in-game, some are pretty serious, and have the potential to be game-breaking and ruin players’ gaming experiences.

Case in point – a relatively new bug is causing eliminated players who get brought back via Respawn Beacons to get dropped off at the wrong location.

Normally, when someone is respawned using a Beacon, a drop-ship flies down and hovers over that very spot on the map, allowing the player to jump down.

However, with this odd bug, the ships are flying to a completely different location, leaving players at places on the map they did not expect to be dropped off at. 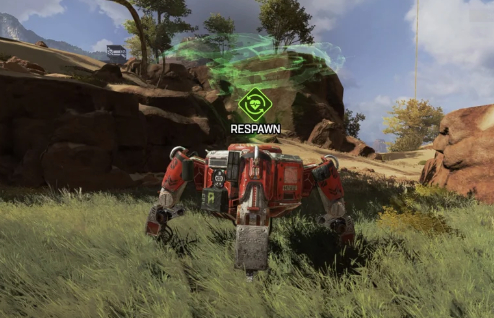 Players are being forced to land at wrong locations after getting respawned.

This issue was brought to everyone’s attention by user ‘lonelogic16‘ on Reddit, who posted gameplay footage of the bug in action.

In the clip, the player’s teammate approached a Respawn Beacon to bring him back into the match, but the drop-ship ended up taking him to a completely different area.

“Potential bug?” the user wrote. “Respawn station at the compound near broken forest doesn’t drop you ff in the right area.”

Others in the comments section confirmed that they had fallen victim to this issue as well, and judging by some of their experiences, this bug isn’t exclusive to any single Respawn Beacon.

“Happened to me last night at the area north of Hydro Dam between The Cage and Swamps,” wrote ‘subcons.’ “Was so confused when I hit the ground. Also on Xbox.”

Why this bug is a serious issue

There are several reasons why this bug should be filed under the seriously game-breaking category.

For one, respawned players have no weapons or items, and if they’re not dropped off at the Beacon they were brought back with, then they won’t be able to loot the crates at that location, thus being forced to run around with virtually an empty inventory.

Secondly, being forced to land away from teammates causes players to have to play individually until they can regroup, which can often lead to hopeless solo engagements against full squads.

Last but not least, this also causes some to be dropped off inside the Ring, forcing them to sustain damage until they can get into the safe zone, if they even manage to at all.