One of the most ridiculous bugs in the history of Apex Legends left everyone free-falling through a neverending rainbow.

There’s never any shortage of quirky and amusing bugs coming from Respawn Entertainment’s popular battle royale, however this insane glitch might be the most outlandish to date.

From an odd Wingman oversight to an outright game-breaking bug caused by a Black Friday skin, typically Apex issues impact individual players. This recent glitch took things to an entirely new level however as everyone in the lobby was impacted by the hilarious spectacle. 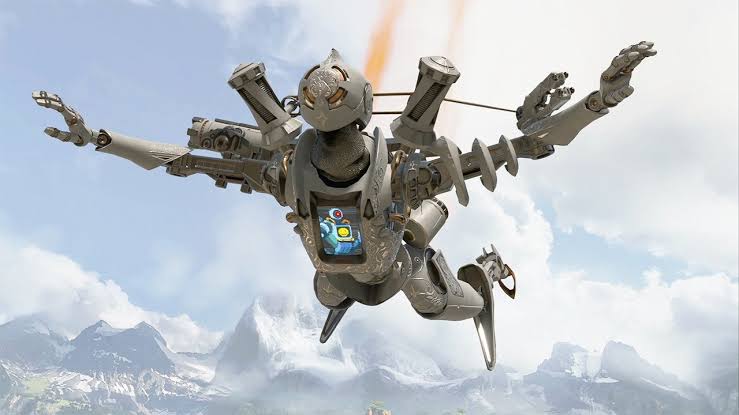 Players often sail through the skies leaving a colorful trail behind them.

Showcased through a December 8 post from Reddit user ‘HaveSomeOatmeal,’ a ridiculous bug left each and every player in a match floating through an endless stream of rainbow-esque visuals.

“A beautiful aerial ballet of death” is how the theatrics were described as dozens of players circled in the sky and left behind jets of various vibrant colors. With textures overlaying one another and repeating constantly, the visual bug was truly unrelenting and only ceased to occur once the squad had been eliminated from the rainbow-fuelled drug trip.

At times, certain parts of a properly textured map came into focus however it soon dissipated with each rotation. Eventually the map began to shrink and it became nearly impossible for the floating players to navigate inside of the safe cylinder.

The game glitched and we all got stuck in a beautiful aerial ballet of death. from r/apexlegends

No real victor can stand out from the pack after a match like this but perhaps every player who experienced the visual bug is a winner. They all experienced one of the most amusing glitches to date and certainly won’t forget the bizarre rainbow free-fall anytime soon.

There’s no telling quite how this unique accident came to be but it seems as though players had no say in the matter. Jumping out of the dropship is how every game starts, meaning the odds of replicating the hilarious glitch are slim to none.

“This is what Octane sees after he uses 73 stims” Reddit user ‘Orangestshark’ joked in response to the wild glitch.

Comment from discussion The game glitched and we all got stuck in a beautiful aerial ballet of death..

There’s no denying that the popular battle royale title often provides some laughable moments but this absurd glitch gives even Rainbow Road a run for its money.

While a number of bugs have stemmed from the dropship recently, it’ll be fascinating to see if anything can top the ridiculousness of this spectacle.